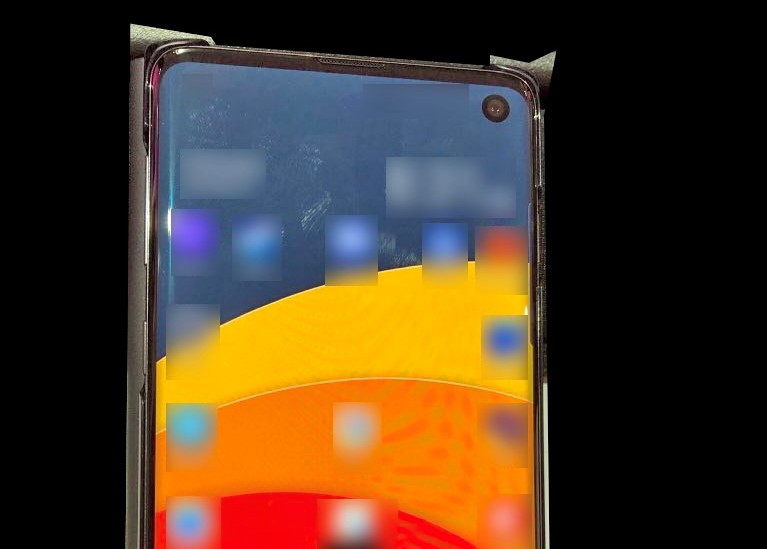 At this point, we know a lot about Samsung’s Galaxy S10 and what the company plans to do with the device. Rumor has it the device will opt for the company’s Infinity-O hole-punch display, flagship specs like a Snapdragon 855 processor, an in-display fingerprint reader, and 3D face scanning. There’s also a good chance the phone will come with an all-glass design. Now, we’re getting our first apparent look at the device in the real world.

In a new image provided by none other than leaker Evan Blass on Twitter, you can see a mysterious device with a hole-punch display which Blass claims is the Galaxy S10, codenamed “Beyond 1.” Unfortunately, the device is pretty blurred out on the front likely to hide app icons, and it looks like there’s a third-party launcher set as the home screen considering the density of the app grid. That being said, the device does look like a Samsung phone thanks to the hole punch in the top left-hand corner and supposed Bixby button on the right side below the volume rocker.

With today’s leak, no other information on the S10 itself or the rumored S10 Plus is given. Therefore, we’re gonna have to wait a bit longer for more reports and rumors to surface. It’s worth noting we expect these devices to debut next month during MWC 2019 so expect much more on them in the very near future.