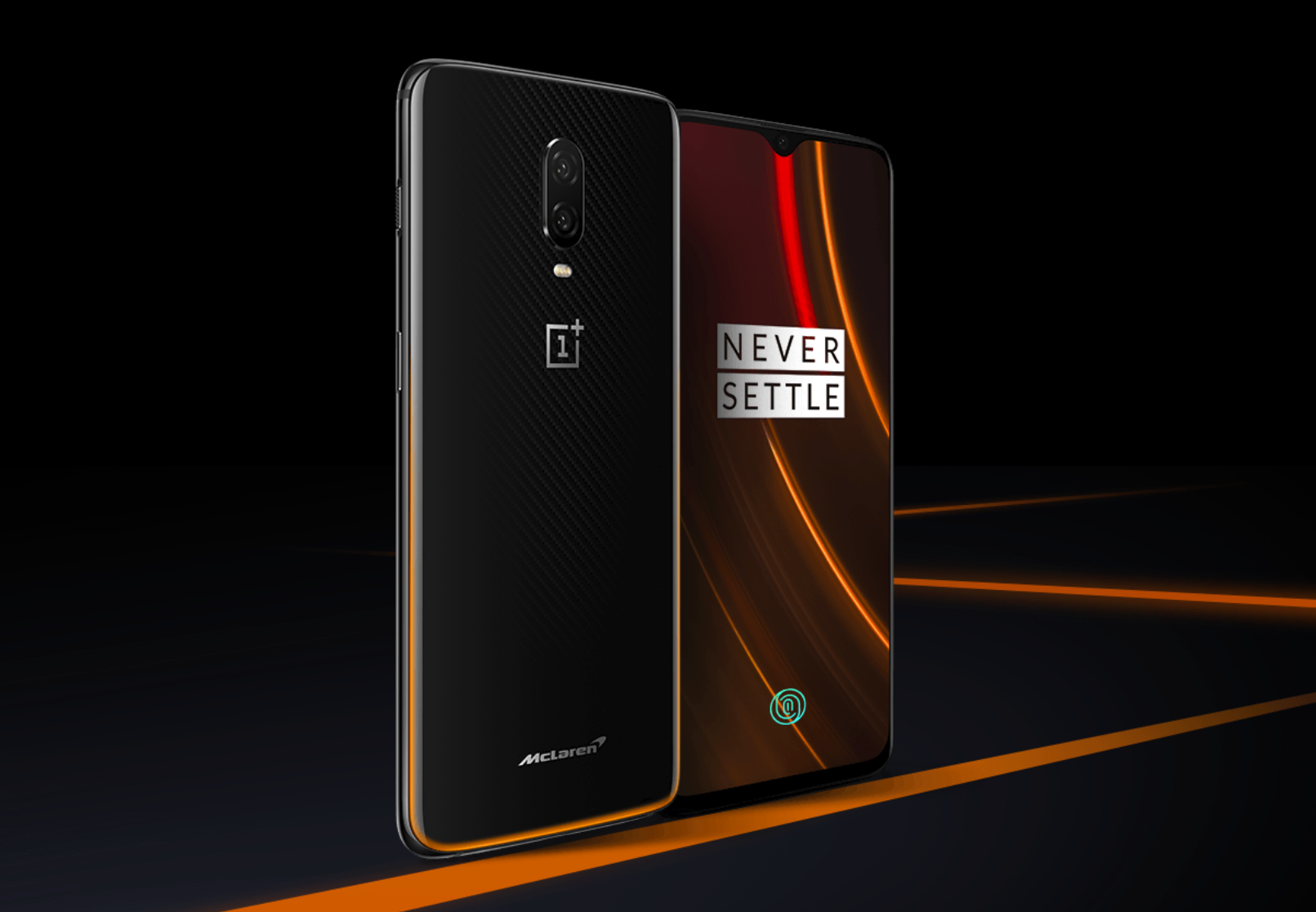 The OnePlus 6T McLaren Edition Has 10GB of RAM, ‘Warp Charge,’ and 256GB of Storage

Today during an event at McLaren’s headquarters, OnePlus took the wraps off its new special OnePlus 6T McLaren Edition. The standard 6T arrived in late October and already offers impressive specs for the money you spend. Now, however, the device is getting even faster thanks to OnePlus’ partnership with the automaker.

According to the company, the 6T McLaren Edition is largely similar to the standard 6T, with the exception of a new carbon fiber pattern on the back and a distinct orange accent toward the bottom of the device. There, you’ll find a shimmery McLaren logo which OnePlus says reflects the speed of the device.

Speaking of which, the specs are the coolest part of this entire package. OnePlus says it’ll be first to ship a phone globally with as much as 10GB of RAM, all thanks to the 6T McLaren edition. In addition, this particular phone also comes with 256GB of storage and what OnePlus calls Warp Charge.

In a nutshell, Warp Charge is faster than the company’s old Dash Charge solution and is capable of charging 50 percent of the 3,700mAh cell onboard in just 20 minutes. OnePlus also says the technology helps to charge your phone faster while you use it and keep things cooler while it’s plugged in.

That’s not all. OnePlus is even throwing in some software tweaks to help the overall experience reflect the company’s partnership. No, there isn’t a heavy skin or bogged down animations (thank God), but there is a new boot sequence with the McLaren logo, a new fingerprint scanner animation, and some custom wallpapers.

As is the case with any good special edition smartphone, the OnePlus 6T McLaren Edition also comes with some special surprises in the box. Not only do you get a unique box you won’t find with the standard 6T, but you also get a book detailing McLaren and OnePlus’ partnership with them. You also get special charging accessories (obviously) and a badge certifying your device’s authenticity.

According to OnePlus, it’s actually gonna sell the OnePlus 6T McLaren Edition. The best part? It’s launching in North America alongside Western Europe, China, India, and the Nordics. It’ll sell for $699 which, yes, makes this phone the most expensive one OnePlus has ever sold. On the contrary, considering what you get for the money (10GB RAM, 256GB storage) and the fact that it’s still $200-$300 less than what everyone else charges, it’ll probably be worth every penny.