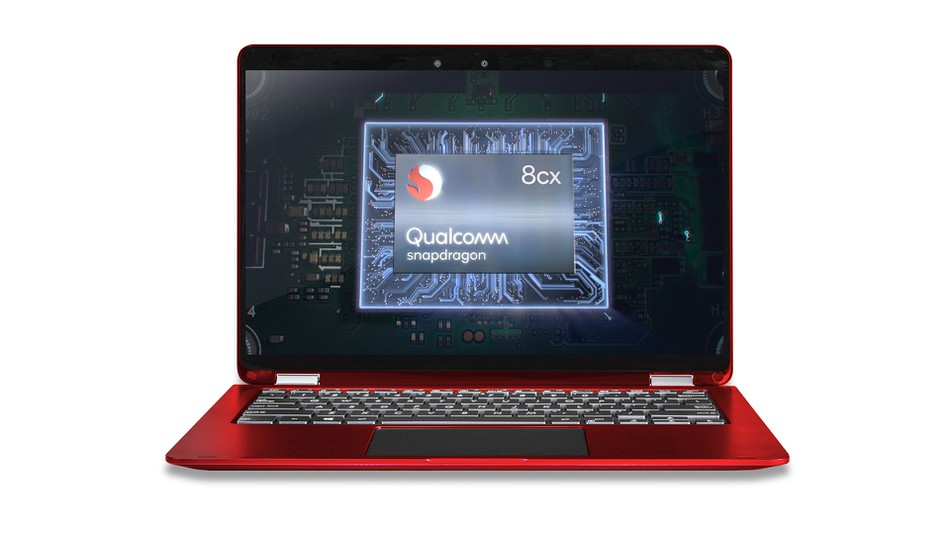 Today during the company’s Hawaiian summit, Qualcomm took the wraps off its new Snapdragon 8cx processor. It’s the largest processor Qualcomm has ever produced and will make its way into future Windows on ARM devices like laptops and 2-in-1s.

With the Snapdragon 8cx, Qualcomm is promising an experience capable of “real multitasking and productivity” much like its Intel and AMD competitors. Mind you, it won’t be able to fully stack up to a full-fledged 8th-gen Intel Core i7, but it should be ample enough for a good experience during mild to medium use.

According to Qualcomm, the Snapdragon 8cx offers performance that falls in line with what a 15-watt Intel U-series chipset could provide thanks to its 7nm manufacturing process. It packs twice as fast graphics as the Snapdragon 850 from earlier this year thanks to the new Adreno 680 Extreme GPU, up to 60 percent better power efficiency, and the ability to output to two 4K HDR external displays, whereas the 850 could only output to one.

Qualcomm also says the 8cx supports up to 16GB of LPDDR4x RAM which should aid in better multitasking performance so long as manufacturers build the parts into their PCs. Battery life should be the same as the Snapdragon 850, and there’s support for Qualcomm Quick Charge 4+, USB 3.1 Gen 2, and voice assistants like Alexa and Cortana.

Since this is a Qualcomm processor, the Snapdragon 8cx naturally comes with the company’s X24 LTE modem which will support up to 2Gbps speeds. Unfortunately, 5G support isn’t here, but it’s probably better to let it bake for a while as a part of smartphones before making its way to laptops and tablets.

To coincide with this announcement, Qualcomm says it’s working with Mozilla to build a custom version of Firefox for Windows on ARM devices. In addition, the new Snapdragon 8cx will include support for apps like Office 365, Minecraft, Gameloft titles, Norton security, Hulu, and Chromium among a ton of others.

So far, we haven’t heard anything regarding upcoming devices that will include the Snapdragon 8cx. Lenovo did make an appearance onstage but didn’t confirm or deny anything. We did get a reference design laptop which you can view above, but that’s about it.

Devices with the 8cx should start shipping later next year.