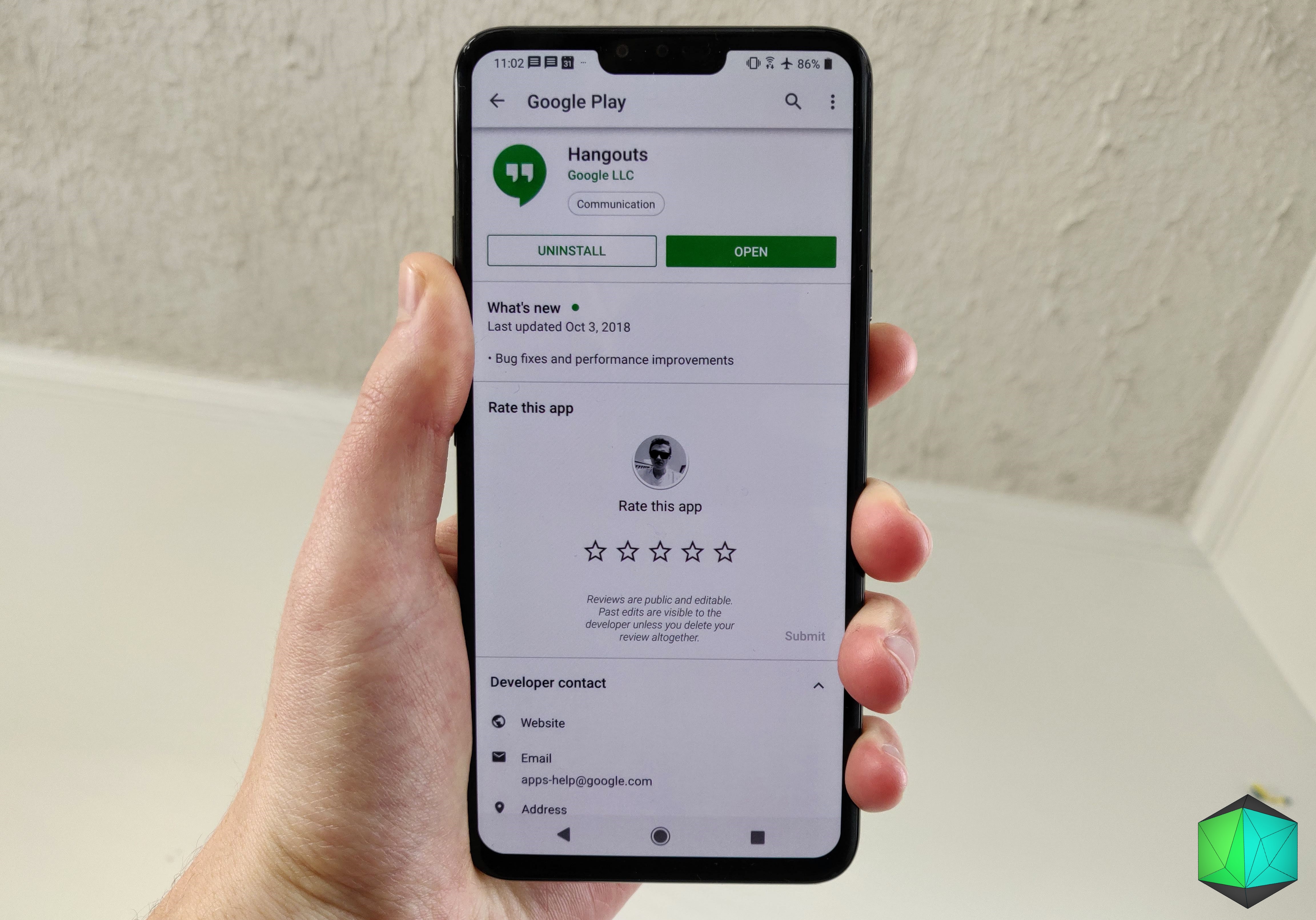 The Fate of Google Hangouts is Seriously Up in the Air

Yesterday, a report surfaced out of 9to5Google that claimed Google would shut down Hangouts for consumers in 2020. Our article drove a ton of traffic because, obviously, people still care about the messaging app we’d all rather use over all of Google’s alternatives like Allo. But now, it looks like the service might stick around for a while and possibly beyond 2020.

According to Hangouts lead Scott Johnston on Twitter, Google isn’t getting rid of Hangouts anytime soon. Johnston says the person who wrote the 9to5Google article, Stephen Hall, has a “severely misinformed” source and that he published “pretty shoddy reporting.”

Hey @hallstephenj, I run Hangouts and this is pretty shoddy reporting. No decisions made about when Hangouts will be shut down. Hangouts users will be upgraded to Hangouts Chat and Hangouts Meet. Your source is severely misinformed. You can do better.

As you can see in the tweet above, Johnston also made a pretty interesting claim. Apparently, at some point, current users of Hangouts will eventually migrate over to Hangouts Chat, Google’s enterprise-focused version of the messaging service. It’s unclear how this is gonna work, so naturally, Hall followed up by asking Johnston to elaborate on this point.

Hey Scott, will update my report, but I stand by my sourcing. Would you be able to elaborate on exactly how legacy Hangouts users will be “upgraded” to Hangouts Chat and Meet, since those are entirely separate enterprise products that fill different needs?

In a string of tweets, Johnston said users of Hangouts classic (as it’s internally referred to as) will be migrated over to both Hangouts Chat and Meet. He goes on to note that Google won’t be ending support for the use case supported by Hangouts: messaging and meetings.

2/ So while that will result in the eventual shut down of Hangouts classic (as we now call it), it doesn’t imply we are ending support for the use case supported by the product: messaging and meetings.

Johnston also defends Hangouts Chat and Meet and calls them versatile products that all different types of users can take advantage of, such as consumers, enterprises, schools, governments, and more.

3/ As per your comment about the products being “entirely separate enterprise products,” this just represents a shallow understanding of the market and our products. Our apps are used by, consumers, enterprises, schools, governments, and the like.

4/ But this isn’t just true with Google Apps, it is true across the market. Line supports both businesses and consumers. As does Facebook Messenger. Dropbox. Even Teams recently opened to consumers. I could go on.

Finally, Johnston notes the advantages to using Hangouts Chat over the existing version of consumer Hangouts and ultimately declares the users of the platform will decide whether it’s any good or not.

6/ But these are subjective points, and they are my products, so I’m strongly biased. In the end, neither you, nor I will make this judgement. Our users will. Everything else is just talk. /FIN

With all of this tweeting, one thing becomes clear: Google is certainly not giving up on Hangouts, at least not yet. However, the version of Hangouts that we all know and love will eventually die and be replaced by the company’s productivity-focused spinoffs. So essentially, the brand will live on, but not the service we’ve all grown accustomed to.

But there’s still a rock that’s left unturned: when will Google actually shutter Hangouts classic? 9to5Google‘s Stephen Hall claims another source is corroborating his original report in saying it’ll die off in 2020 and that 2019 will be your last full year of utilizing Hangouts classic, but this goes against what Johnston had to say this morning, as well.

In the end, things remain up the air for the time being. There’s no clear roadmap for where we can expect Hangouts to go over the next 12 months, and it may be a bumpy ride along the way as we all try to migrate to different services before Google makes any rash decisions on Hangout’s behalf. Of course, if anything new arises, we’ll be sure to keep you in the loop.