Google has begun rolling out an update to its Google Assistant app on iOS that adds support for Siri Shortcuts. That’s great and all, but the most interesting part is how Google is implementing the feature out of the box.

After installing the update on your iPhone or iPad, opening the Assistant will present you with an option to enable a certain shortcut that, after saying “OK Google” or “Hey Google” to Siri, the Assistant will fire up and automatically start listening to your command. So essentially, you can now say “Hey Siri, OK Google” to access the Assistant on iOS. It’s a super hacky method of triggering the Google Assistant with your voice, but due to the locked down nature of iOS, this will likely be the only way for the foreseeable feature.

Regardless, it’s clear Google is going right for Siri’s throat with this update. Previously, the easiest way to access the Assistant on iOS was either manually tapping the app’s icon on your home screen or accessing the service through a widget on your lock screen. Now, you can just use your voice for the entire operation like on Android. That should tell you just how badly Google wants iOS users to use its voice assistant over Apple’s. 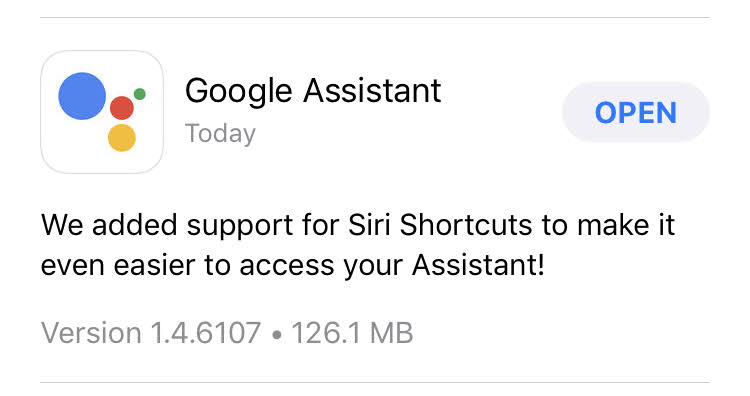 If you wanna be an absolute savage and enable this hacky Assistant Siri Shortcut, update the Google Assistant app on iOS through the App Store.