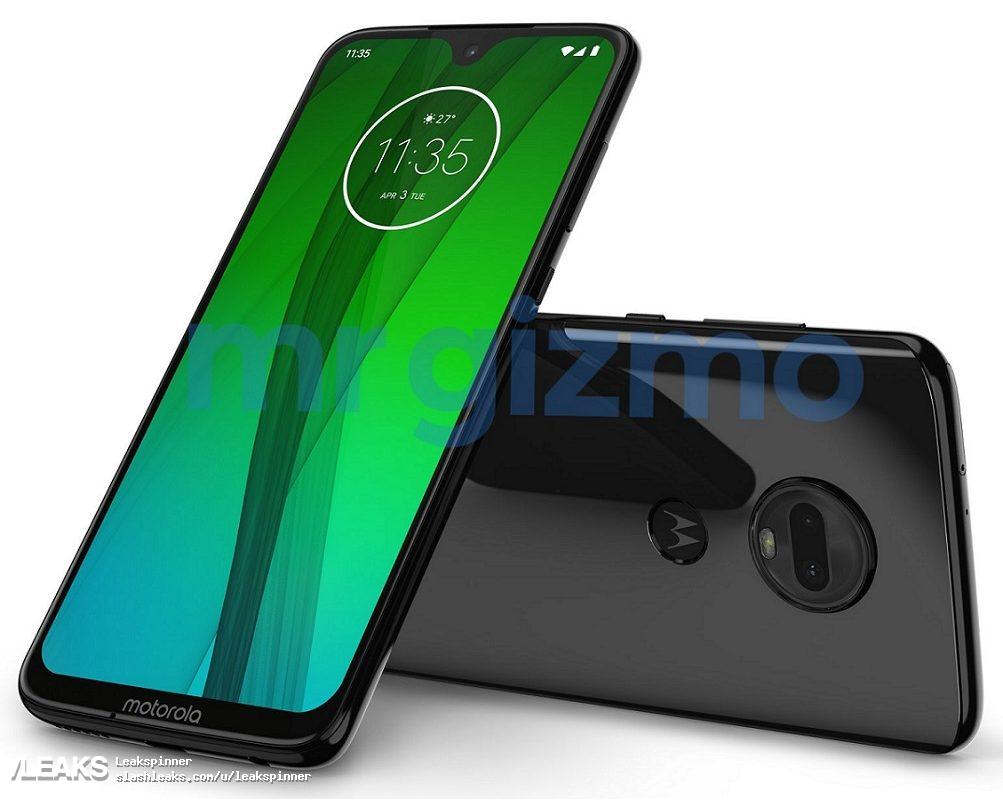 Motorola hasn’t been as strong a contender in the smartphone space for a while now, but the company’s budget lineup of devices has gone over quite well with reviewers and consumers alike. Now, it appears Moto is gearing up to introduce a new entry in its budget G series known as the Moto G7.

According to a new image via Slashleaks, the Moto G7 will come with an all-glass design that looks to be pretty thin. The display will also likely be larger than the G6’s and come with a waterdrop-style notch. We’ve seen this type of notch before on devices like the OnePlus 6T. But up until now, we haven’t seen it on a budget device which this phone likely will be considering the “G” branding. Still, though, there’s a noticeable chin at the bottom which Moto made big enough to fit its logo on.

Other than these design tweaks, we can also see a recessed “M” logo on the back of the G7, likely indicating the inclusion of a fingerprint sensor in that particular location. There are also dual cameras within a circular enclosure and volume/power buttons on the right side. And while it’s hard to make out, there appears to be a loudspeaker, USB-C port, and headphone jack on the bottom.

We don’t know any of the Moto G7’s specs or when it might come out. Motorola has a tendency to release its budget phones at MWC which is held in February, but the date on this device’s lock screen lists April 3 so we might have to wait a bit longer for the launch. Of course, we’ll keep you in the loop as to whether any more rumors surface.