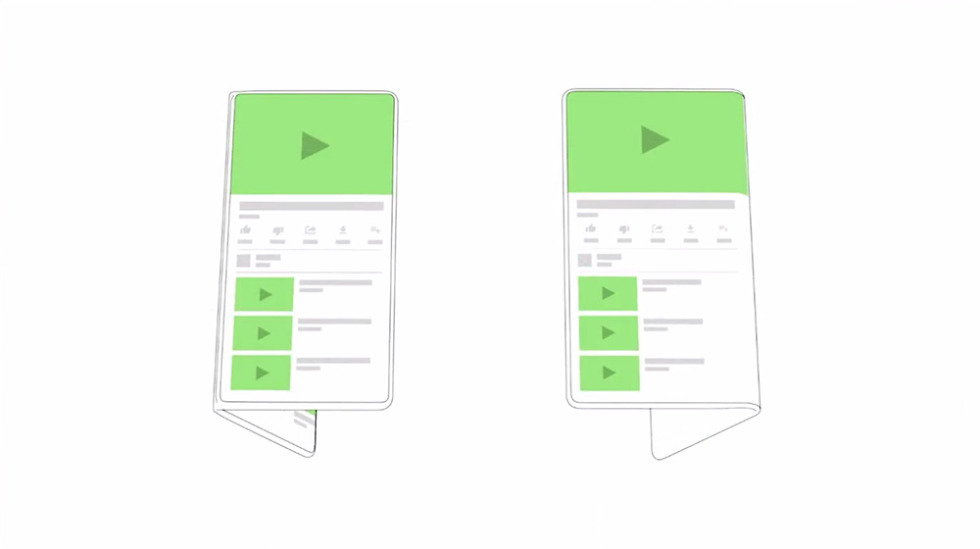 Google Will Include Support for ‘Foldable’ Phones in Android

At its Android Developer Summit, Google announced it’ll formally include support for a new form factor of phones: “foldables.” Essentially, these devices will give you both a phone and tablet experience all in one package thanks to a large, flexible screen that can be folded into a smaller size. Android VP of engineering Dave Burke announced the feature on stage at the company’s keynote and said there’s a “whole new form factor idea from Android device makers” when it comes to foldables, the term used to refer to flexible devices.

Foldables won’t just mean devices with flexible screens, however. Google also says gadgets with two separate screens will also fall into this category since they’ll also likely be foldable to support a more compact size. Regardless, to accommodate the special hardware, the company will be building support directly into Android.

As per a report out of The Verge, director of product management Sagar Kamdar says the way Google plans to support foldables is by, essentially, tweaking an existing feature known as “screen continuity.” It’s this feature that enables apps to automatically adapt to larger screen sizes such as when rotating your screen. It also works to support resizeable app windows in operating systems like Chrome OS. therefore, Therefore, device makers will simply need to implement the feature properly into their software in order for apps and services to adapt to a varying screen size.

In addition, Kamdar also says Google will work closely with manufacturers who want to develop foldable Android devices. The company already spilled the beans on Samsung who will be introducing its own foldable phone at its developer conference a bit later on. However, we have yet to hear if any other companies are interested in developing similar gadgets. Then again, there’s a good chance we’ll hear more about them around CES 2019 when lots of manufacturers like to unveil technologies they’re developing. Be sure to stay tuned for that.

With Google formally supporting foldable devices going forward, it’s likely there will be lots of entries in this segment of the smartphone/tablet market in the future. Expect lots more on this subject as time progresses.