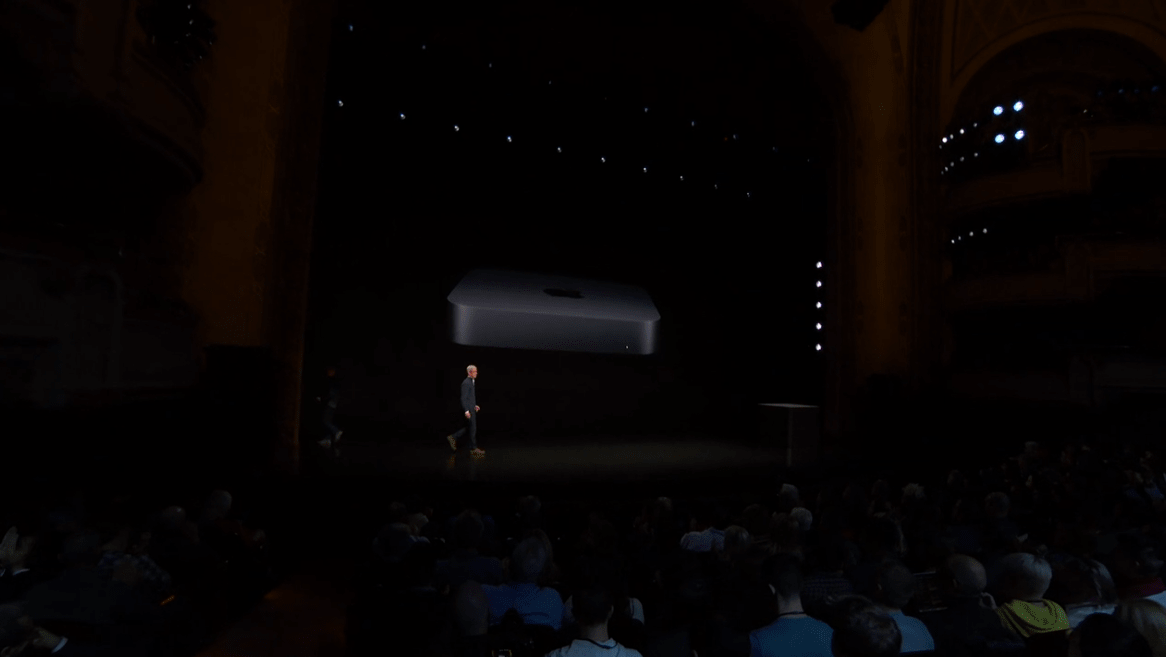 Today at their event, Apple finally introduced a new Mac Mini which hasn’t seen an upgrade in multiple years. This new edition is both thinner and lighter and will take up less space on your desk.

The new Mac Mini comes in a similar form factor but with a new Space Gray finish. It features both quad-core and six-core processors in the form of up to 8th-generation Intel Core i7 processors with up to 60 percent faster graphics. Apple says the new Mac Mini is five times faster than the previous model, and that’s not surprising considering how old the previous one is.

As for memory, Apple is bumping the Mac Mini up to 64GB of RAM which should aid in even greater performance. Storage wise, you can configure the Mini with up to 2TB of SSD storage. There’s also Apple’s T2 chip which enables greater security and “Hey Siri” support.

The new Mac Mini starts at $799 with 8GB of memory, an Intel Core i3 processor, and 128GB of storage and launches on November 7th. Preorders are open today.