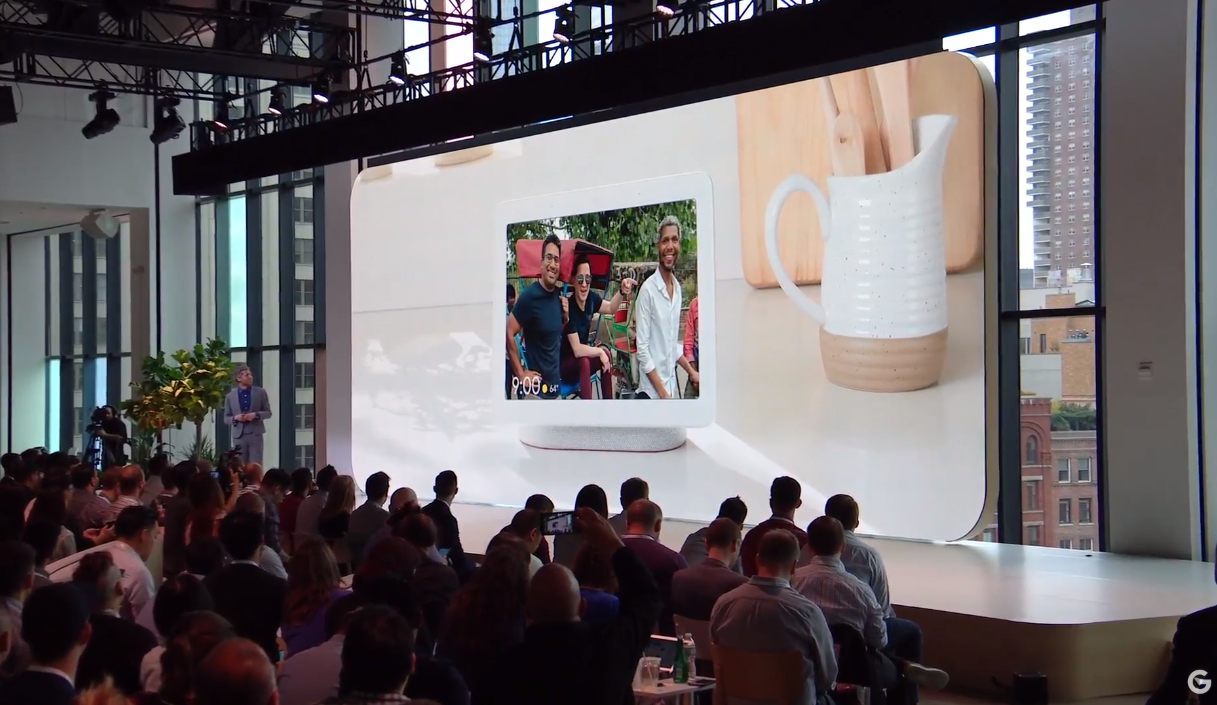 Google Introduces its Own Smart Display Called the ‘Home Hub’

Earlier this year, Google announced it would begin introducing new devices called Smart Displays powered by the Google Assistant that would compete with the likes of the Amazon Echo Show. We got our first look at the new tech from Lenovo and JBL who both introduced their own Smart Displays shortly afterward. Now, Google is introducing its own Smart Display at an event alongside the pixel 3 called the Google Home Hub. 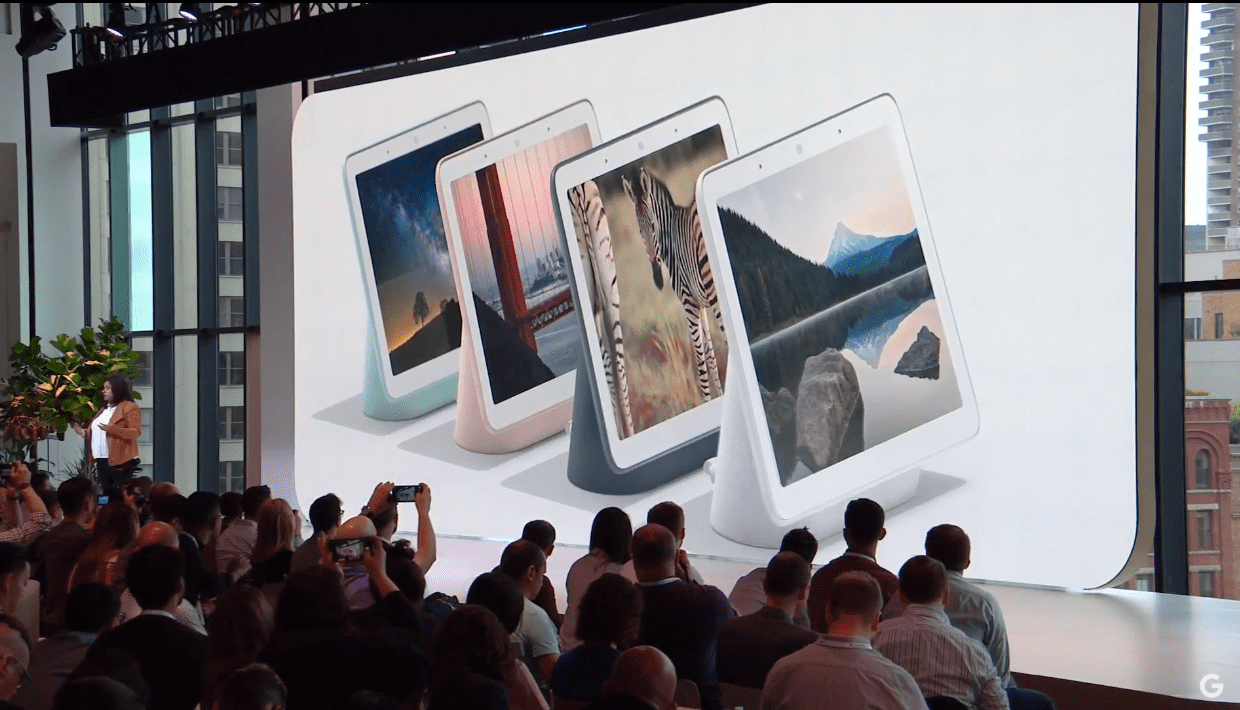 The Home Hub isn’t much different when compared to other Smart Displays. It features a 7-inch display mounted to a speaker base coated in Google’s signature fabric design. It comes in four colors, comes powered by a standard AC adapter, and will cost $149 when it goes on sale.

Capability-wise, the Home Hub can pretty much do what we’re all used to seeing with smart home appliances like these. You can ask the Assistant questions, play music, control smart home accessories, get recipes, and more. You can also place voice calls using your own phone number and even stream video from a number of providers. Unfortunately, you can’t place Duo video calls because of the lack of a camera. But in a nutshell, the only real difference here is the fact that it’s Google’s own take on the Smart Display.

There is one unique feature the Home Hub will launch with, however. Called Home View, you can swipe down on the screen and see which of your smart devices are on and off. For instance, you can see whether the door’s locked or if you remembered to turn off the kitchen light before going to bed. This will coincide with a redesigned Home app for Android and iOS that will give you the same functionality. 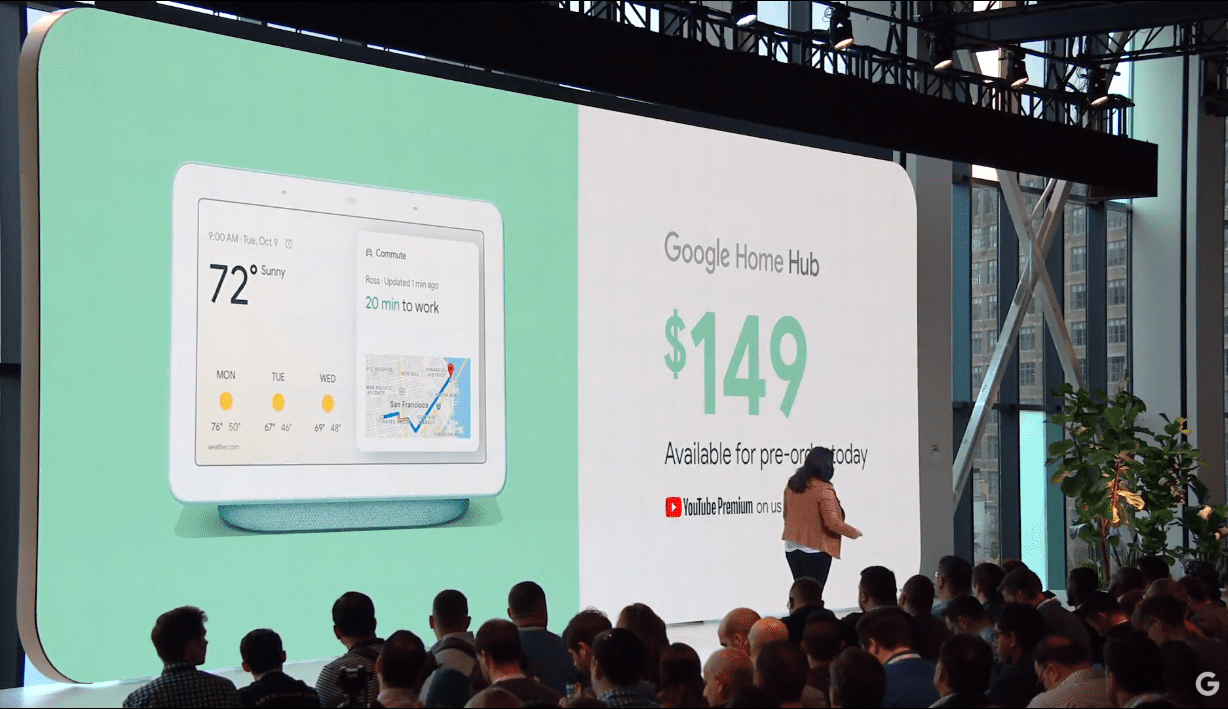