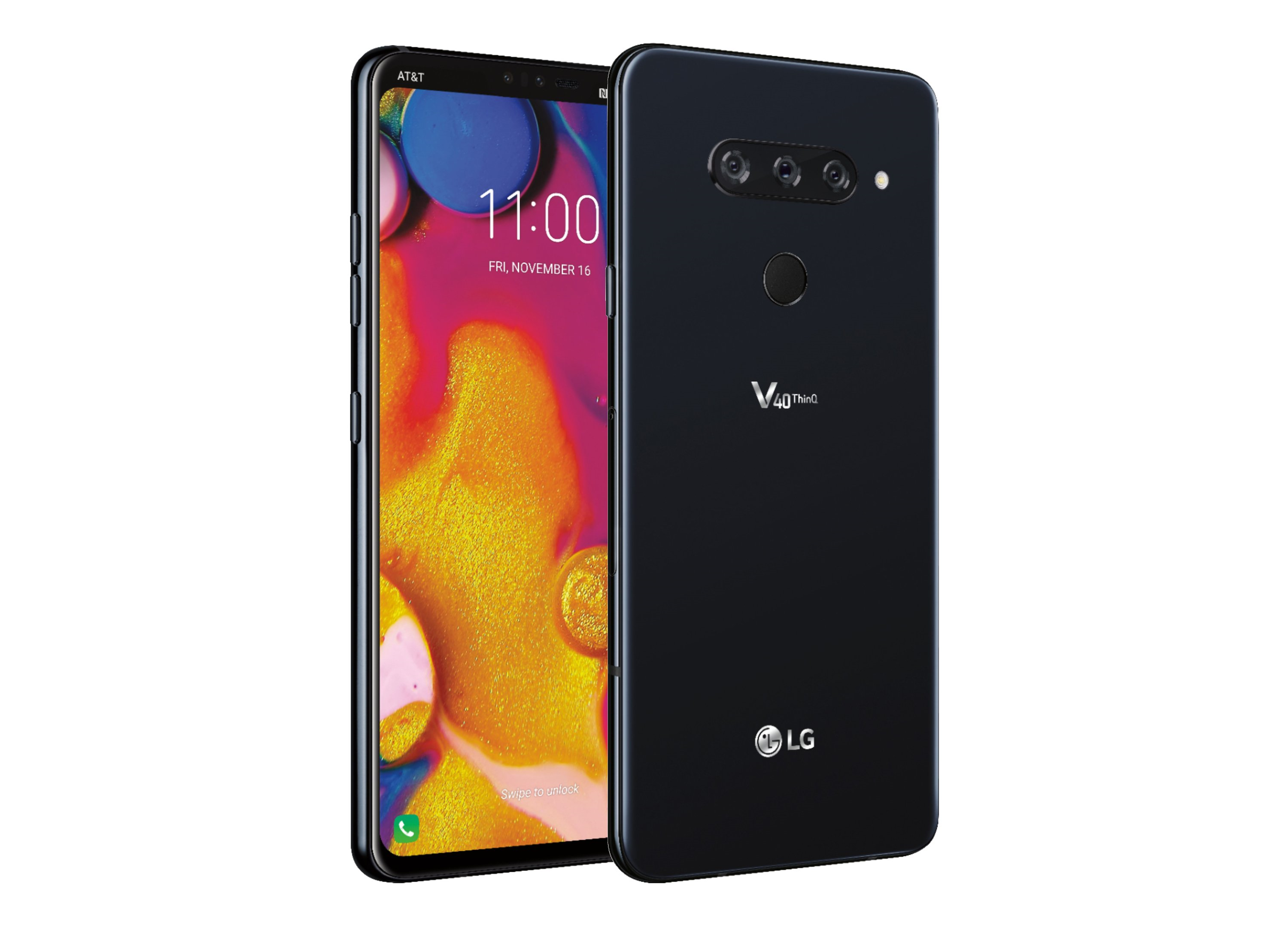 We’re just a matter of days away from seeing LG’s new V40 ThinQ smartphone officially, but that isn’t stopping the leak train whatsoever. Over on Evan Blass’ Twitter, a new image has surfaced depicting a render of the upcoming V40 with an AT&T logo slapped to the back, confirming this device will be sold by the carrier. We also get another look at three rear cameras and two front cameras, the side-mounted power and Google Assistant buttons, the blacked-out notch, and LG’s own branding.

Previous leaks have pegged the V40 as having a 6.5-inch Quad HD+ OLED display, a Snapdragon 845, 6 or 8GB of RAM, a quad DAC, a headphone jack, DTS:X surround sound, a Boombox speaker, a 3300mAh battery, and LG’s skin on top of Android. Pricing and availability information hasn’t surfaced just yet, but we expect it to with next week’s unveiling.