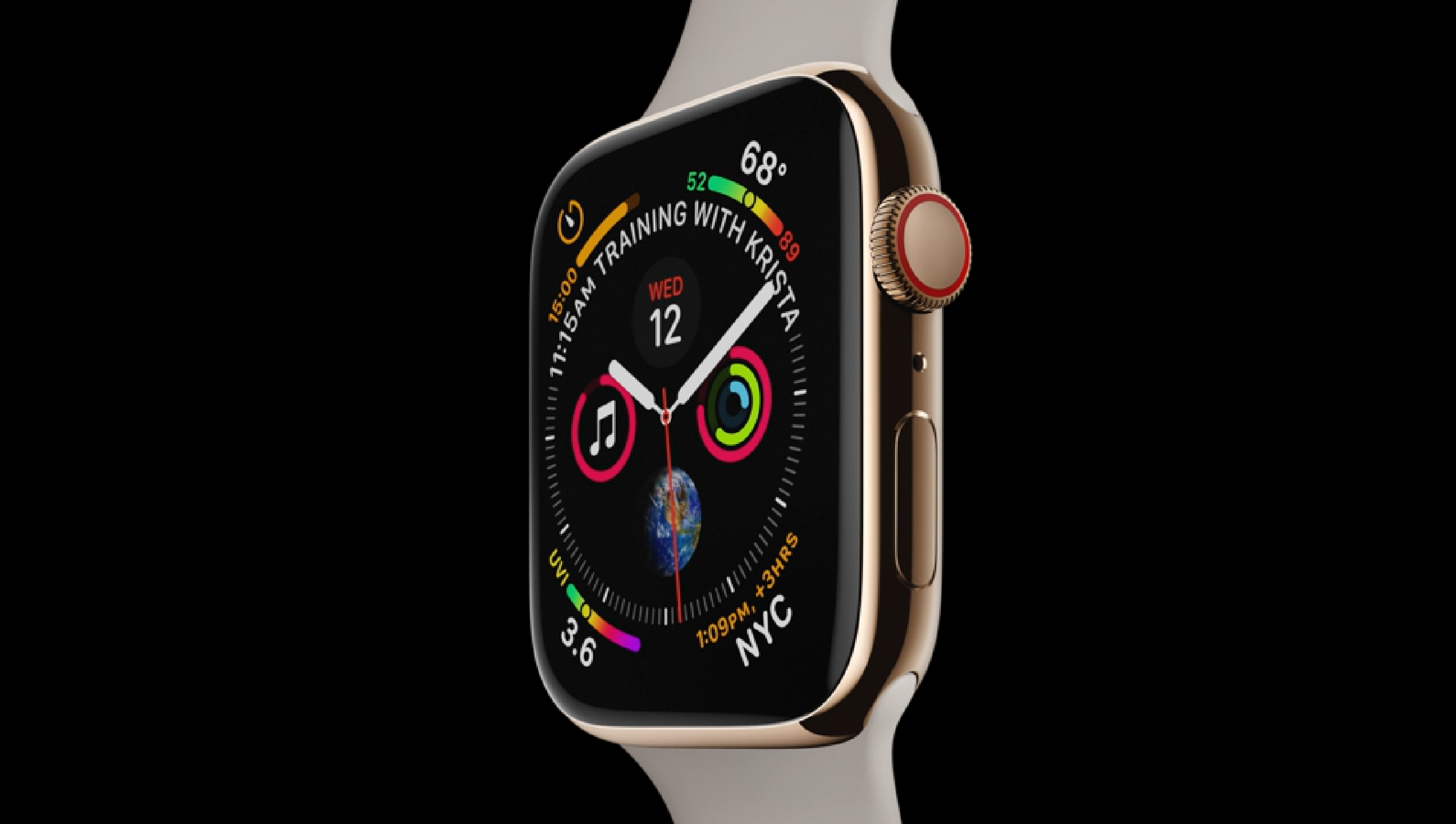 Today during the company’s event at the Steve Jobs Theater, Apple took the wraps off its latest Apple Watch, the Series 4. The device comes after the Series 3 debuted last year with LTE support, new fitness features, and some of the best battery life on the wearable market.

All of that pretty much still reigns true going into the Series 4. This time around, though, Apple’s made some design changes. For instance, the Series 4 packs up to a 35 percent larger screen with a crisper resolution. The company achieved this feat by slimming the bezels around the watch’s display, much like they did last year with the iPhone X. It was, therefore, able to squeeze a larger display in a body that’s relatively identical to the Series 3. 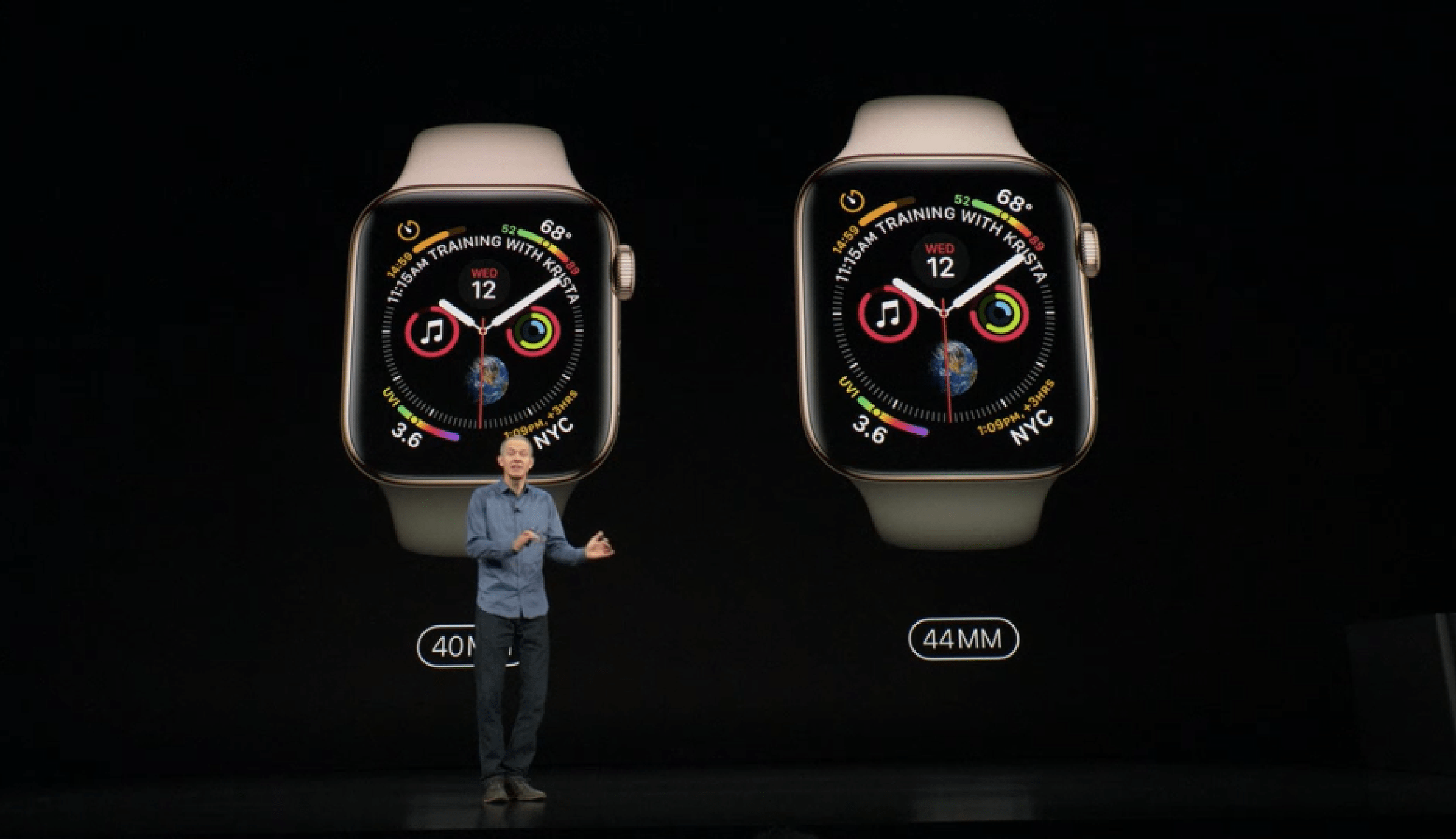 However, that doesn’t mean Apple didn’t increase the overall footprint of the Apple Watch altogether. Instead of 38mm and 42mm sizes, the Apple Watch Series 4 comes in both 40mm and 44mm sizes. Luckily, all the old bands from previous Apple Watches still work with the bigger sizes, but it has yet to be seen how consumers will feel about even bigger watches. Only time will tell, I suppose.

To accommodate the larger display, Apple includes redesigned versions of its Apple Watch apps such as a new Maps and Calendar interface. The company also includes a new watch face that allows for up to eight complications at a time. There are also new watch faces powered by the Breath app to help you calm down each time you look at your watch.

To power the new watches, Apple uses an upgraded S4 dual-core processor that will surely be faster than the Series 3 from last year. The Series 4 also includes LTE support, Bluetooth 5.0, a GPS, a heart rate monitor, and all of the other sensors we’ve come to expect in an Apple Watch.

New for the Apple Watch Series 4 are upgraded accelerometers and gyroscopes that can detect when you fall. You can initiate an emergency call if you get back up. If not, it’ll automatically call emergency services. The new watch can also detect when your heart rate is too low or irregular and warn you to speak to your doctor. You can also now take electrocardiograms, making Series 4 the first product you can purchase to measure an ECG without going over the counter at a pharmacy. This is all thanks to new sensors built into the back sapphire crystal.

In addition, the speaker on the Series 4 is 50 percent louder, while the microphone has been moved to in between the side button and Digital Crown for better clarity. Speaking of which, the Digital Crown can now deliver Taptic feedback when scrolling through menus. 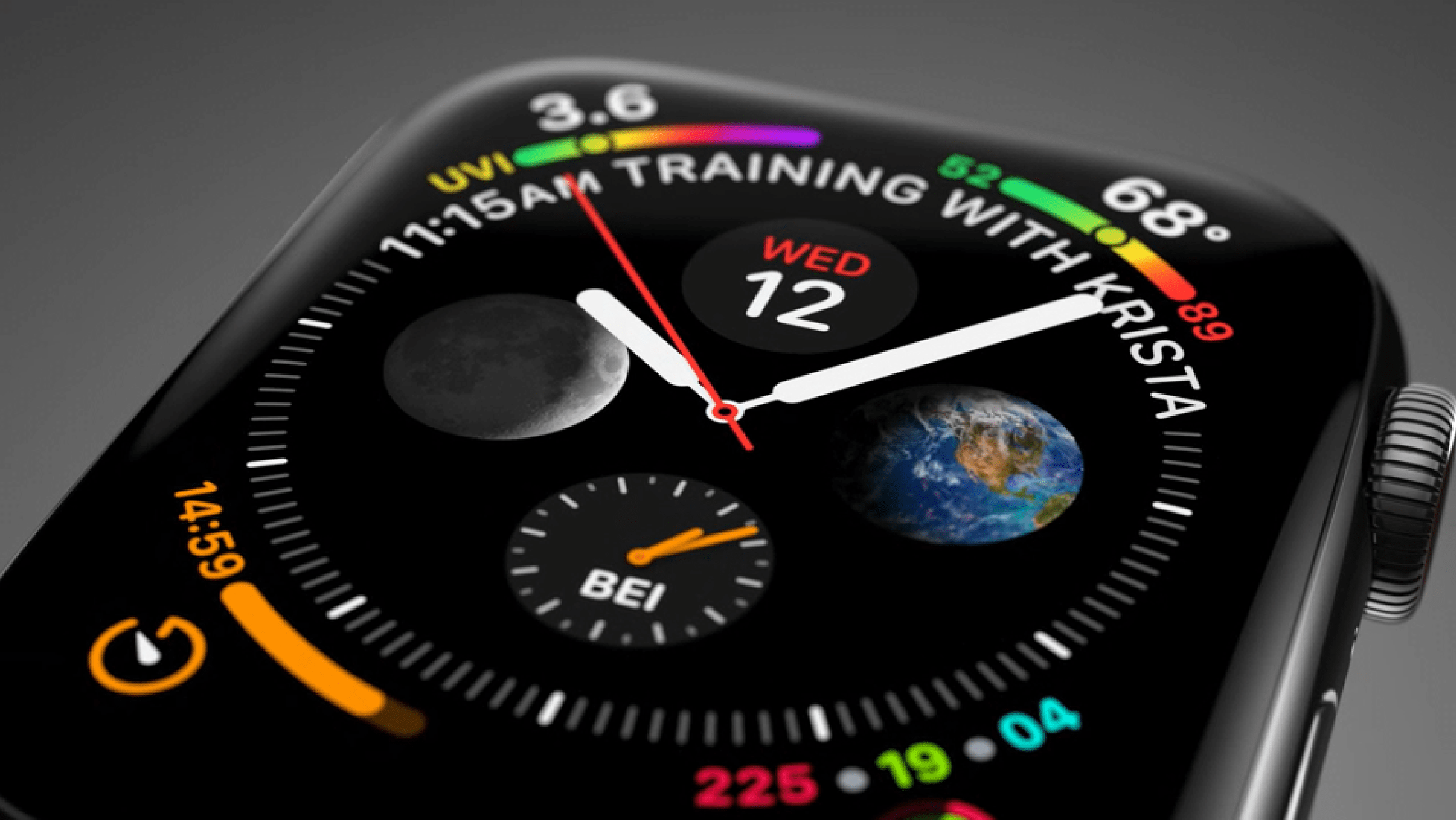 “We’re thrilled Apple Watch has become an essential part of people’s lives,” said Jeff Williams, Apple’s chief operating officer. “The completely redesigned Apple Watch Series 4 continues to be an indispensable communication and fitness companion, and now with the addition of groundbreaking features, like fall detection and the first-ever ECG app offered directly to consumers, it also becomes an intelligent guardian for your health.”

Apple says the new Apple Watch Series 4 comes in Space Gray, Silver, and Gold with the aluminum body and Space Black and Polished for the stainless steel build. There are also new Apple Watch Nike+ models and Hermes collections. The device starts at $399 with GPS and $499 with cellular. Meanwhile, the Series 3 gets bumped down to $279. The new watch launches on September 21st. Preorders start this Friday, September 14.