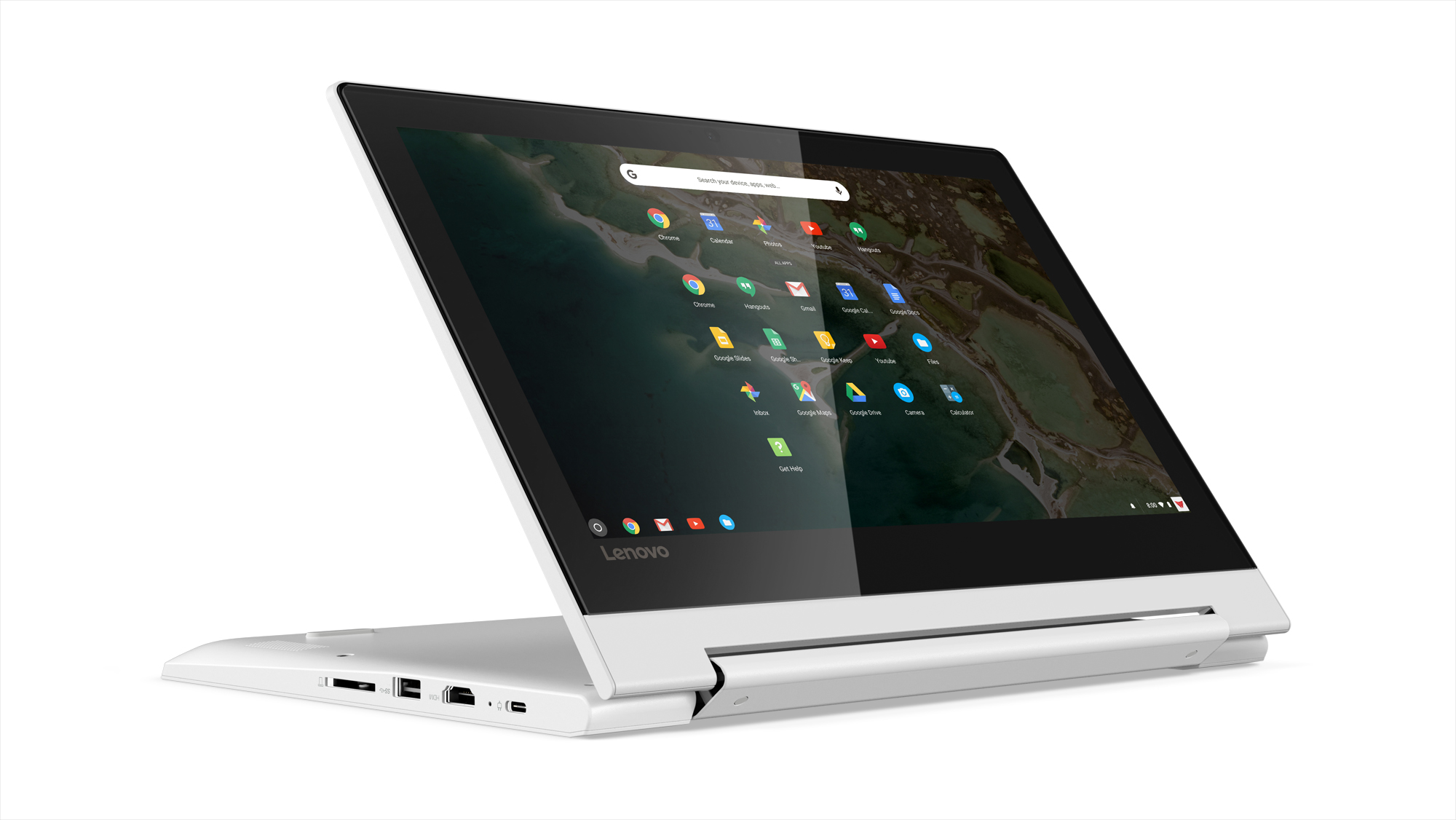 Today at IFA 2018, Lenovo unveiled a new lineup of Chromebooks all at different price points. While there isn’t much to talk about in terms of ground-breaking features, we are getting to see the company’s first entry into the premium Chromebook category.

That’s what’s known as the Yoga Chromebook. The device comes with an all-aluminum chassis in a special Midnight Blue finish which lets you use the gadget as either a tablet or laptop. It also features a 15.6-inch display with either a Full HD or 4K resolution, an 8th-generation Intel Core i5 Kaby Lake processor, 8GB of RAM, up to 128GB of eMMC storage, stereo speakers, up to 10 hours of battery life, and Chrome OS with Play Store compatibility out of the box. In addition, you’ll also find a couple of USB-C ports, a standard USB 3.0 port, a microSD card slot, and a headphone jack.

Moving on, we have the S330 Chromebook. This device is definitely geared more toward budget-tight customers, but you still get a pretty decent package in exchange. There’s a cheaper, plastic build on board along with a 14-inch HD display up front. Under the hood sits a 2.1GHz quad-core MediaTek 8173C ARM processor, 4GB of RAM, up to 64GB of storage, stereo speakers, up to 10 hours of battery life, Play Store compatibility, 802.11ac Wi-Fi, and Bluetooth 4.1. You also get a USB 3.0 port, two USB-C ports, an HDMI port, an SD card reader, and a headphone jack.

Finally, there’s the C330 Chromebook, the lowest-end in Lenovo’s new lineup. It actually features identical specifications to the S330 but comes with an 11.6-inch 1366×768 display. Other than that, you get the same MediaTek processor, 4GB of RAM, 10 hours of battery life, up to 64GB of storage, and so on.