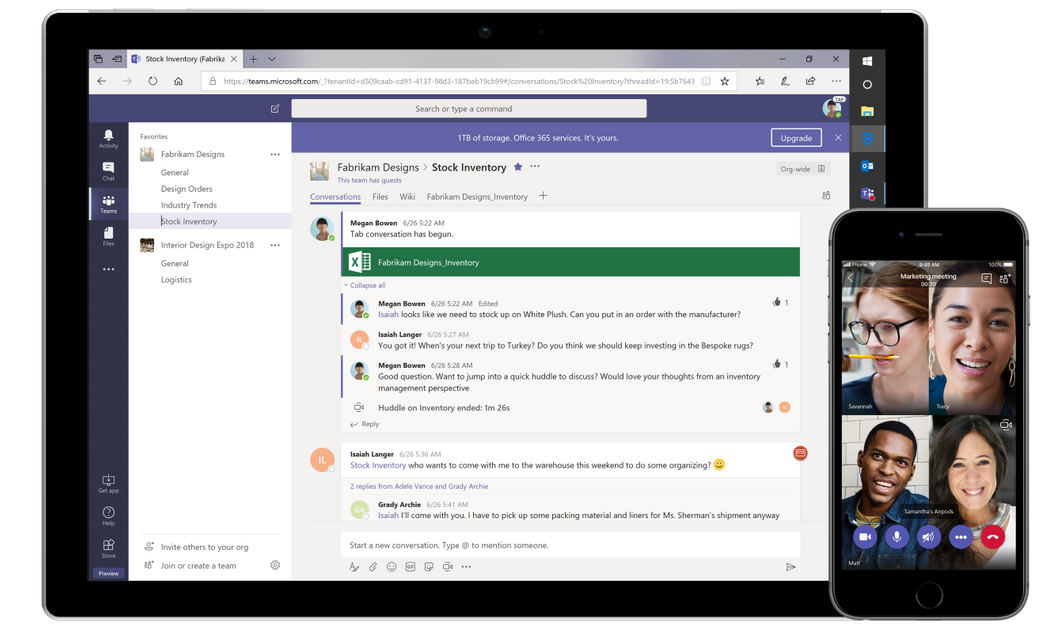 Microsoft Teams, the company’s competitor to other team communication tools on the market, has officially received a free version that’s built to compete with the free edition of Slack. The new version is available starting today worldwide in 40 languages.

Up until now, Teams has been available to those who paid for the service as a part of their Office 365 subscription. Now that there’s a free tier, it’s clear Microsft had to cut some corners to drive down the price. For one, you can only have up to 300 people as a part of your team. You also have only 10GB of team storage and 2GB of personal storage for each member. Plus, the service doesn’t integrate with traditional 365 apps; instead, it uses Microsoft’s web-based apps as a part of Office Online which are much more stripped down when compared to their native counterparts.

Of course, this doesn’t mean the tier isn’t attractive. In fact, the free edition of Teams comes with some pretty sweet perks considering you aren’t paying for it. You get unlimited chat messages, unlimited search, audio and video calling for both one-on-one sessions and group calls, unlimited app integrations, guest access, and native apps for both Windows and iOS alongside a web client.

With what’s on board, it’s pretty easy to tell Microsoft wants to take control of the market the free version of Slack currently consumes. With Slack, you only get 5GB of file storage, limited video calling capabilities, 10,000 searchable messages, and up to 10 app integrations. Microsoft is looking to dominate, and it looks like it’s built the service to do so.

You can learn more about the free version of Teams at Microsoft’s website.