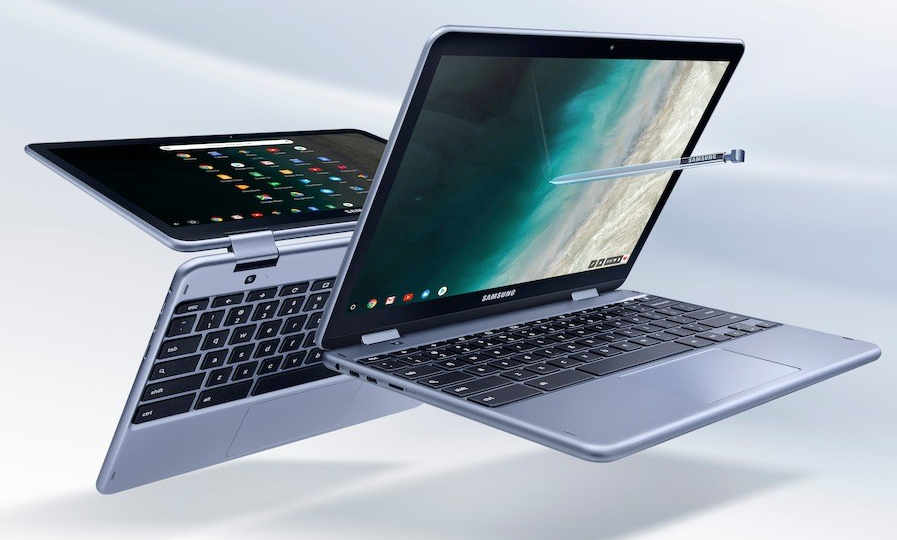 Last year, Samsung unveiled the Chromebook Plus, a 2-in-1 laptop that included an S Pen, Chrome OS, and Android app compatibility. While that version stood as a pretty great option if you wanted a Chromebook, the company today announced it’s updating the machine to version 2 with better specs and more IO.

With the Chromebook Plus (V2), Samsung upgrades the internal specs with an Intel Celeron 3965Y which is a pretty big step up from the previously-used ARM-based unit. Of course, ARM helps a lot more when you’re trying to run Android apps so it should be interesting to see how well the Intel chipset fairs.

You’re also getting a 12.2-inch Full HD display, 4GB of RAM, 32GB of storage, Intel HD Graphics 615, and a 39Wh battery all crammed into a body that’s 2.91 pounds. Sure, these specs haven’t changed much, but they’re still plenty for the lightweight OS on board.

Samsung is also including dual cameras on the Chromebook Plus (V2). There’s the standard 1MP webcam for making video calls while a secondary 13MP f/1.9 sensor sits on the keyboard for taking photos while in tablet mode. I’m not sure how many people will actually use this camera, but it’s there if you need it.

Finally, Samsung is including more ports on this year’s Chromebook Plus including two USB-C ports with 4K output, a USB 3.0 port, a microSD card reader, and a headphone jack. For Chrome OS, this array should prove to be an ample amount of IO.

Samsung is charging $499 for the Chromebook Plus (V2) if you wanna pick one up. Availability beings on June 24th at Best Buy.