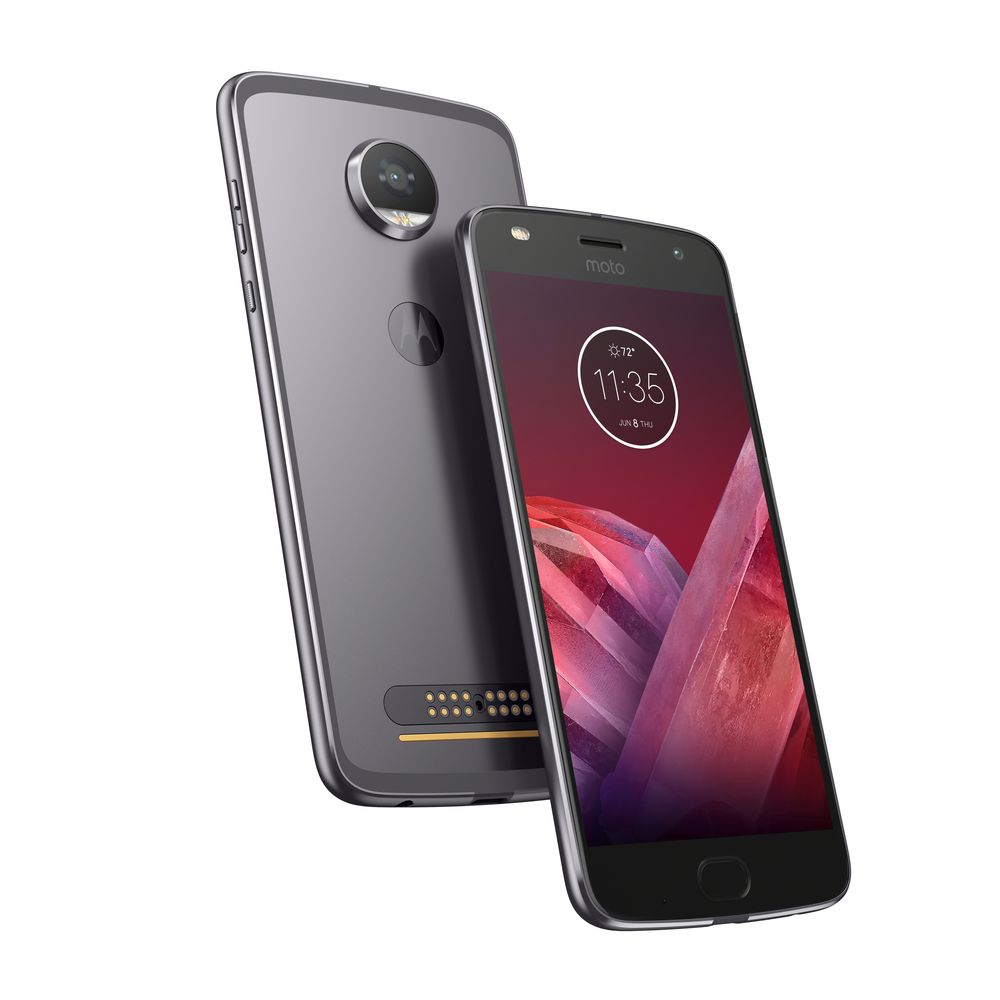 Motorola today announced the Z2 Play, the latest addition to their Z lineup of smartphones that’s been highly rumored and anticipated as of late. The handset features a slimmer design when compared to its predecessor, while a smaller battery and improved specs are also offered at the same $499 price point.

Starting with the build, the Z2 Play is just 5.99mm thick which is nearly as thin as last year’s Moto Z which was 5.2mm thin. It has a similar body to that of the G5 launched earlier this year, while the same 16-pin array for compatibility with Moto Mods can be found on the back of the phone. Overall, the phone looks to be a sturdy, well-built handset which could be true if history is of any indication.

As for specs, this year’s Z2 Play features a Snapdragon 626 processor which is even more efficient on battery power than last year’s 625, either 3 or 4GB of RAM, 32 or 64GB of internal storage with expandability via a microSD card, and a water repellant coating. There’s a 5.5-inch 1080p AMOLED display on the front, while on the back sits a new 12MP camera with autofocus and an f/1.7 aperture. For selfies, Moto includes a 5MP sensor with an f/2.2 aperture and dual LED flash. The handset also features a redesigned fingerprint sensor, improved Moto controls, a Night Display for easy viewing in dark environments, and near-stock Android 7.1.1 Nougat.

Oh, and it still has a headphone jack.

One of the original Z Play’s marque features was the battery life. Those who owned the Z Play were getting 4-5 hours of screen-on time on average which could be stretched out to nearly 6 1/2 hours of screen-on time thanks to the onboard 3,505mAh cell. This is obviously excellent battery life in terms of today’s standards, and with a second generation, you’d think things would simply improve. Well, at least on paper, they’re actually gotten worse.

Rather an estimated 50 hours of use like the previous generation, this year’s Moto Z2 Play features a 3,000mAh battery that the company advertises can last up to just 30 hours. It’s unclear if the optimizations made in Android 7.1.1 can help boost power efficiency and if the new Snapdragon processor can help in any way, but let’s just cross our fingers and hope for the best.

With today’s news of the Moto Z2 Play also comes word of new Moto Mods. This includes a refreshed JBL SoundBoost 2 speaker that features a fabric coating, is splash-resistant, and pairs with a special JBL app for better control of your audio, a dedicated GamePad with dual control sticks, a D-pad, and four gaming buttons alongside a 1,035mAh battery so it won’t eat up your phone’s juice so quickly, a new TurboPower Pack that brings quick charging to Moto Mods and sports a 3,490mAh cell that charges at 15W speeds and can be recharged to 50% in around 20 minutes via USB-C, and all-new Style Shells that feature wireless charging capabilities which is a feature the entire Z lineup is missing. Each of these Moto Mods will cost $79.99 while the Style Shells will run for $39.99 a piece.

The Moto Z2 Play and all of the new Moto Mods will go on sale this summer. The phone will cost $499 with 64GB of storage and be sold unlocked through Moto’s website and through Verizon’s retail outlets and online store.