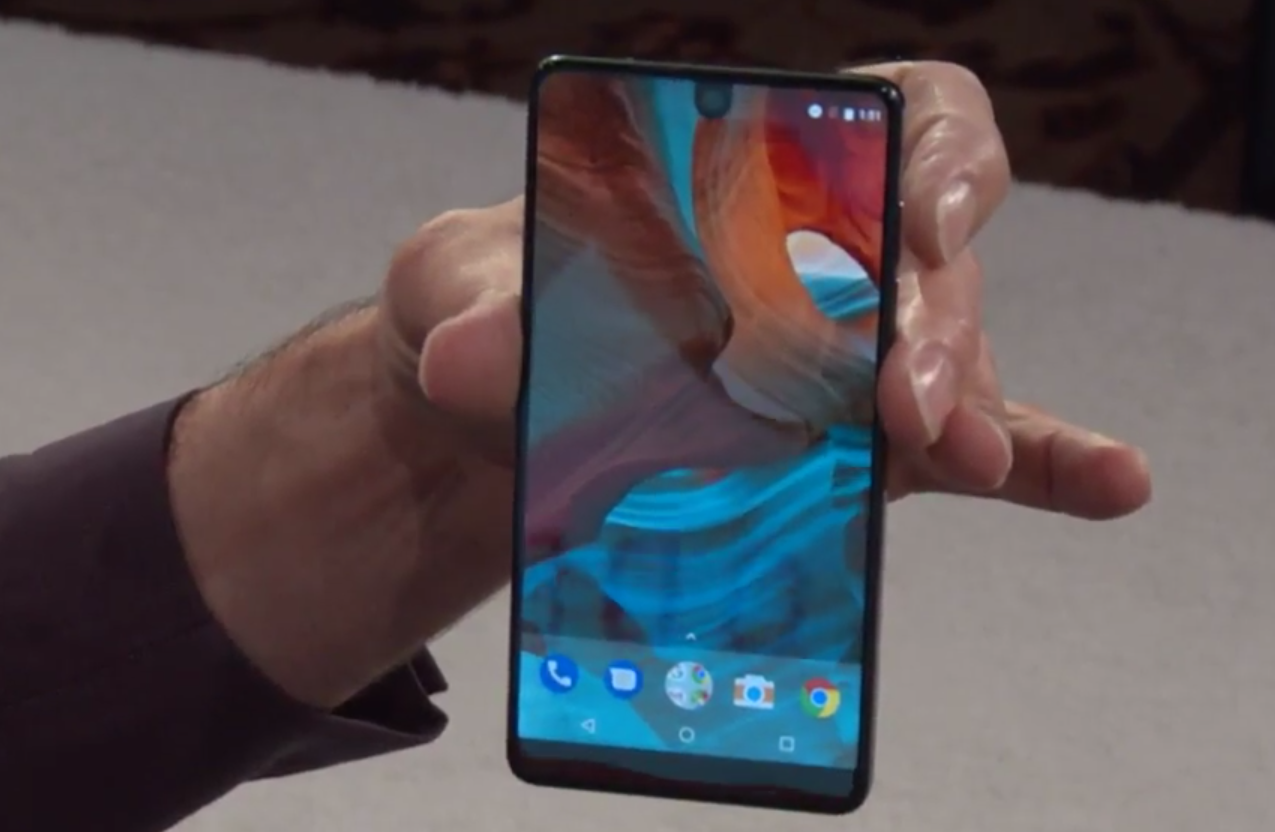 Andy Rubin took to the Recode Code Con stage this evening to discuss his new company, Essential, and the new Essential Phone which debuted earlier today. While on stage, Rubin shared some new details on the handset, particularly what it’s feature list consists of.

For one, the Essential Phone will feature it’s own AI smart assistant. It’s unclear what it might be called or what it may be capable of, but right now, it looks like it’ll compete directly with Apple’s Siri, the Google Assistant, Microsoft’s Cortana, and Amazon’s Alexa. It’ll also be present on Essential’s home hub they also announced today which, by the way, hasn’t been given a price or release date yet.

Secondly, the phone will feature stock Android. Rubin stated that he and the rest of Essential will try their best to block third-party retailers and folks like carriers from installing additional bloatware on the device, while Andy also shared his phone has the same amount of “Google stuff” as the Google Pixel.

Finally, the Essential Phone will begin shipping in 30 days. When Rubin was asked about when the device might ship, he stated that reservations are now live for the phone and the fact that he wouldn’t take reservations if he wasn’t going to be able to ship something “in 30 days or less.” Therefore, in the next month, expect the Essential Phone to begin shipping to consumers.

You can watch the entire Andy Rubin interview, conducted by Walt Mossberg, below.