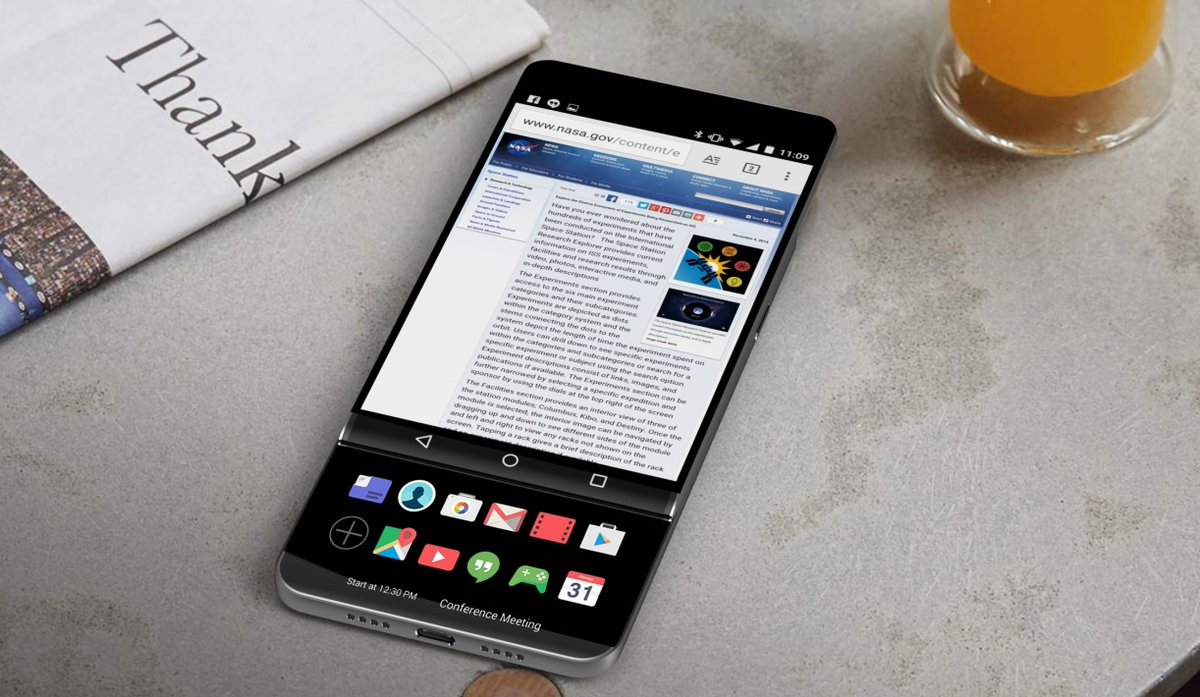 This May Be Our First Look at the LG V30

Evan Blass, world-famous leaker, has once again headed to Twitter to surface some images that may or may not depict one of LG’s upcoming devices. In the tweets below, you’ll notice that Blass’ latest leak claims to show off renders of Project Joan, also known as the LG V30. It appears that the secondary display found on both the V20 and V10 will be present, but will be implemented so that it slides out from the bottom of the phone rather sitting on top of the main display. Blass notes he’s not sure as to whether the V30 is still headed in this direction, but his guess is as good as ours at this point.

Weekend bonus: this is an old-ish mockup of Project Joan, a.k.a. the LG V30. Not clear if the project is still headed in this direction. [1] pic.twitter.com/k5jNJ7DyLz

Here’s how the device was envisioned to look with the secondary display fully extended. [2] pic.twitter.com/HNkZErj7xB

As you can see, this slide-out display can be used for shortcuts to functions in apps, as a dedicated keyboard for more general real estate on the main display, and even simply expand the size of your phone’s viewing area. Essentially, this implementation of the secondary display on the V30 would be like LG taking the BlackBerry Priv from 2015 and turning the slide-out keyboard into a screen. Again, there’s no word as to whether LG is even still taking this direction with the handset, but there’s still a possibility.

As for other aspects of the device, the V30 looks as if it may feature a special camera rig on the back as there’s a variety of sensors within the camera area. A glossier, curvy back will also possibly be introduced which, at least to me, looks similar to glass. Metal rails may surround the sides of the V30, while a near bezel-less form factor will greet you from the front. We don’t know much about the V30 yet, but at least according to these leaks, this generation of LG’s V series may receive a pretty premium upgrade.