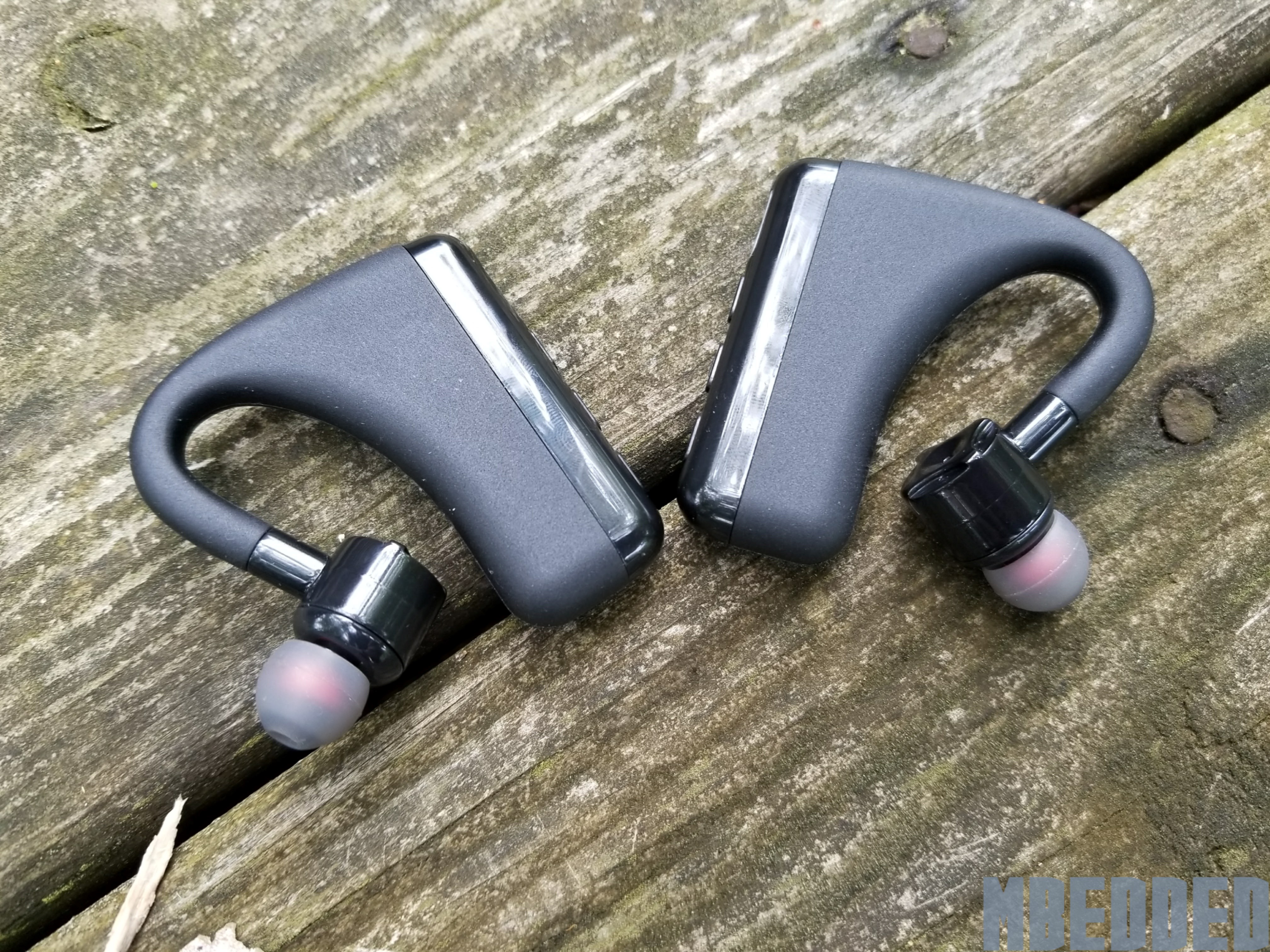 1Voice, a company based out of New York, recently reached out to MBEDDED to get our opinion on their new Wireless Fitness Earphones. Yes, this isn’t the most clever name for a pair of Bluetooth headphones, but let me say this: their name can’t suffice how good these things are.

Okay, I’m exaggerating a bit. They’re good, but I don’t know if I’d call them great. 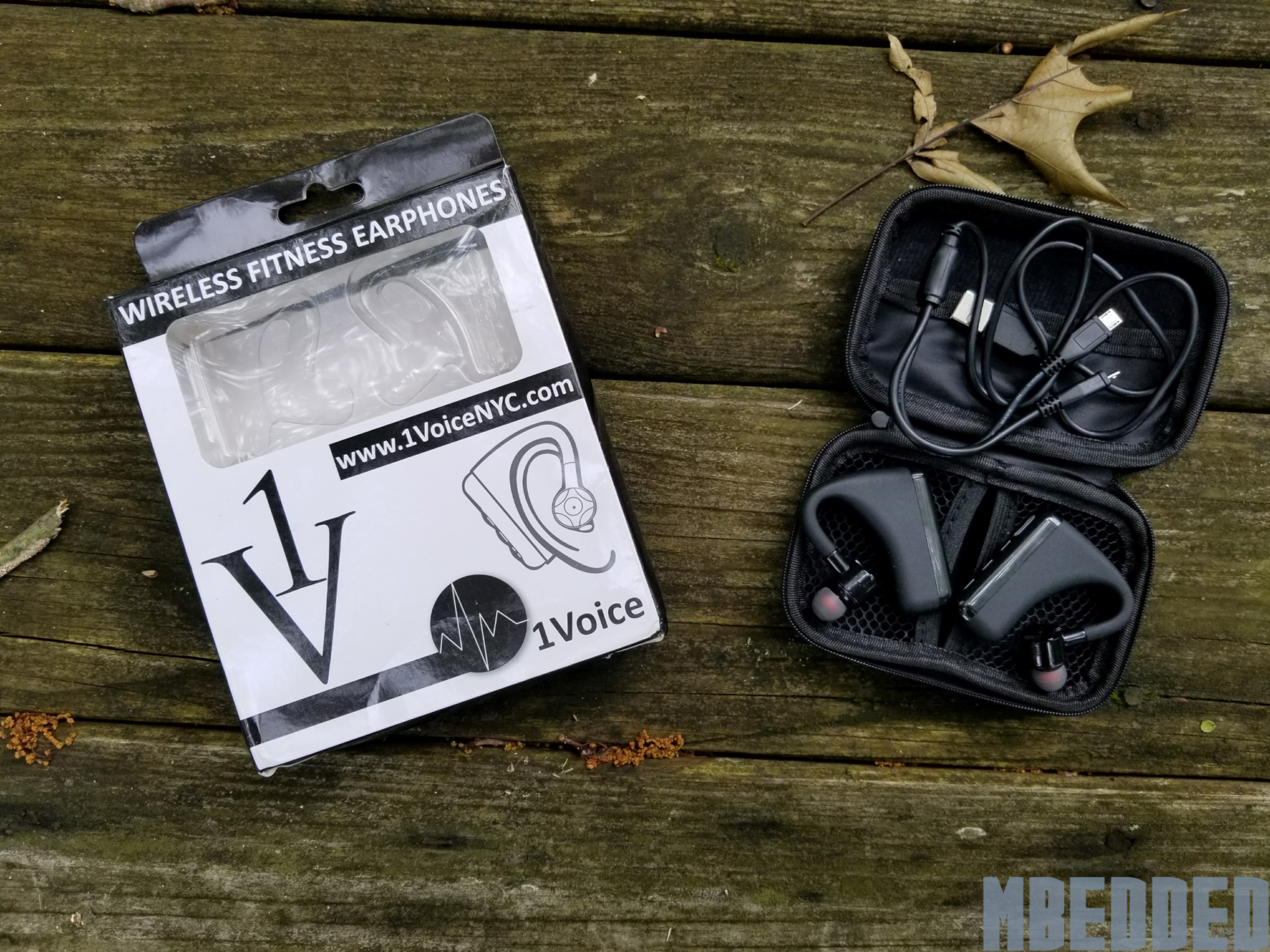 They come in this cheap box that makes them feel like I bought them at a convenience store, even though they cost roughly $120. Inside, you get the earphones themselves, a dual-headed microUSB charger, additional ear tips to fit your canals, and a hard-shell carrying case which I find extremely convenient. Taking the headphones out, you’ll immediately notice that while they feel sturdy, they also come off cheap since they’re made of grainy plastic. It’s no metal or steel that most high-end earbuds are made of, but they’ll suffice anyone’s needs.

I have to admit, they’re not the most comfortable to wear. Sure, putting them on is pretty easy by latching them around your ears and they tend to stay on even while running or moving your head vigorously back and forth, but the way the rotatable ear tips fit in your ears gets pretty tiresome after a while. I don’t mind them for the first hour or so, but anything longer than that and my ears begin to ache. 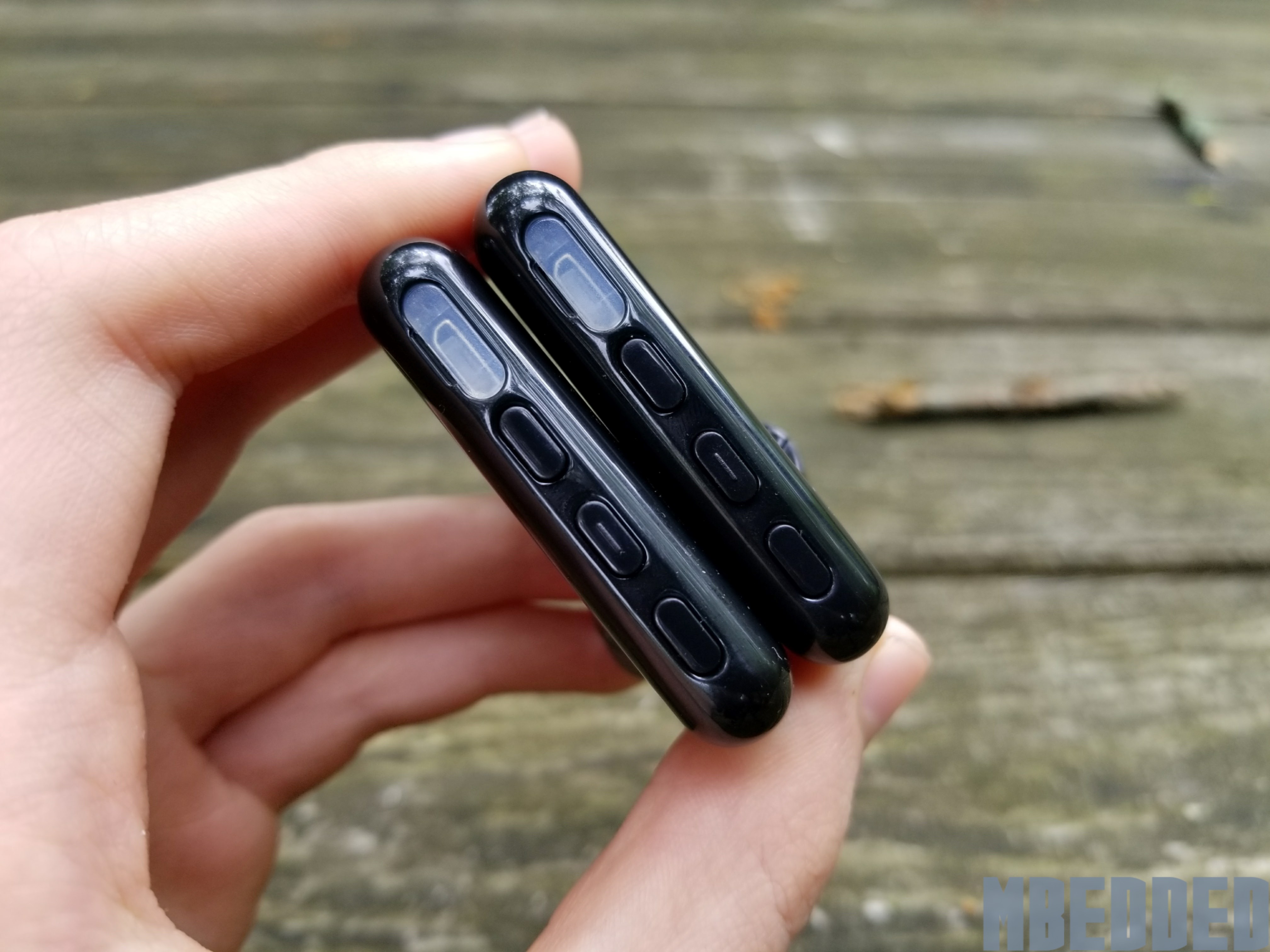 On the back sides of each earphone, you’ll find it’s own dedicated set of volume and power buttons alongside a microUSB charging port and LED light that indicates when you’re charging and when they turn on. The reason behind there being two sets of volume and power buttons is thanks to each earphone having the ability to independently operate, so you can just turn one earphone on and listen to music, take phone calls with the built-in mic, and more. By turning them both on at the same time, they’ll connect to each other in stereo mode, but by just turning on one, it’ll independently operate. It’s a pretty snazzy feature I’ve appreciated to take a quick phone call or listen to a little music while still being aware of my surroundings. 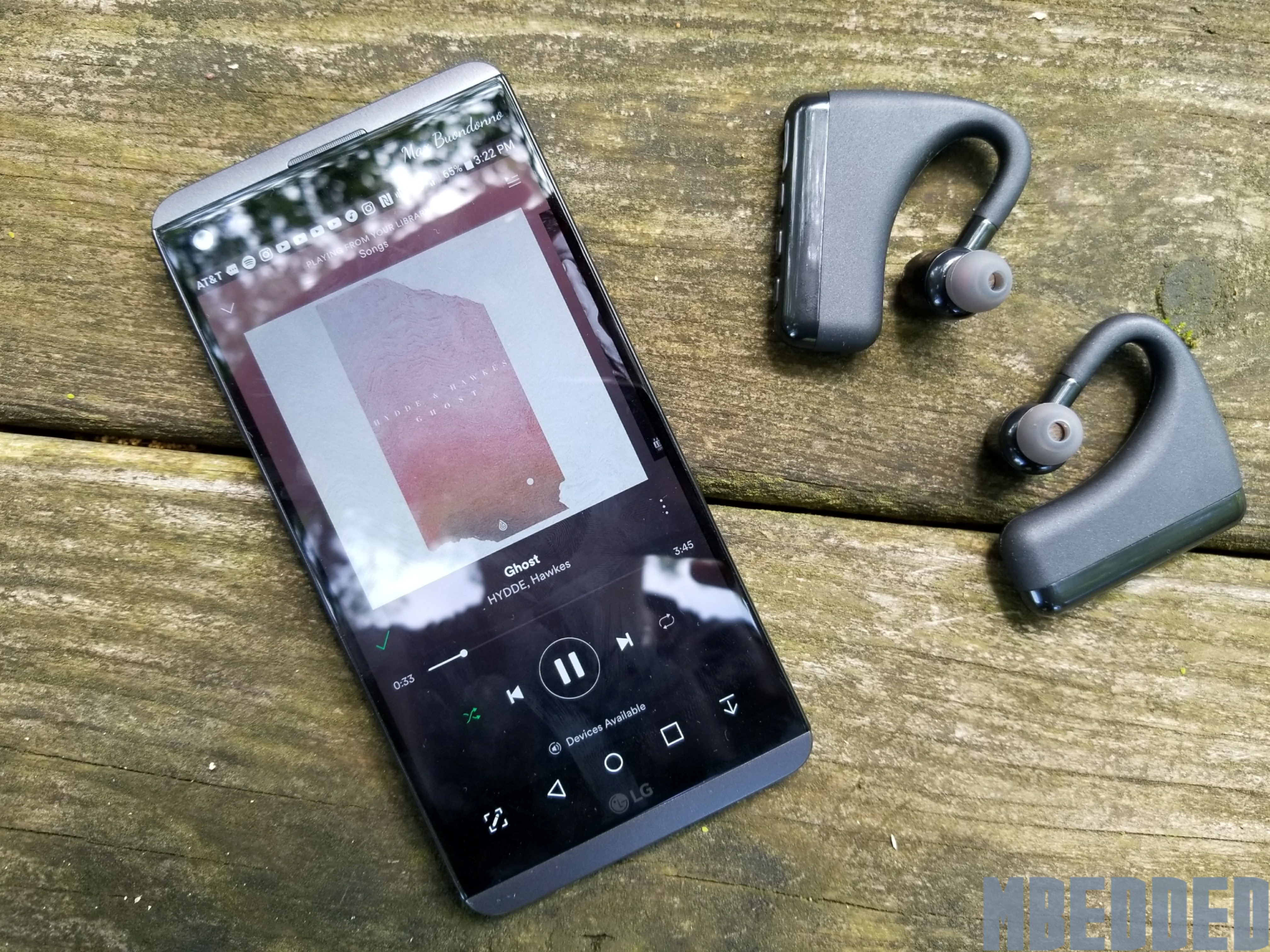 As for sound quality, the 1Voice earphones are good. I’m no audiophile so I won’t go too far into this department, but I can say that clarity is great, bass is a bit lacking but tolerable, and the two stereo fields could be a bit wider. But overall, these are just fitness-focused earphones, and if they can get loud enough (which they do) and stay in your ear, that’s really all you need. And these headphones do just that: they serve their purpose.

As for connections, these buds fall a bit flat. They specifically advertise they have a range of about 30 feet, and this is pretty on point if not a bit of an overstretch. I seriously can’t walk away from my desk with these earbuds connected to my phone without them beginning to cut out, something seriously unfortunate since a) I like to take a walk outside while my music continues to play and b) I was using a Galaxy S8 for a majority of my testing which, if you recall, has Bluetooth 5.0 that’s built to improve range lengths. Nevertheless, if you’re someone like a runner, you probably have your phone strapped to your arm where your headphones can get a decent connection from, so you probably won’t notice this problem. But for me, I found it pretty inconvenient.

There’s also a weird cut-out bug where sometimes, the headphones will just stop playing music. Then about a second or two later, they’ll cut back in, one before the other. It’s a super odd bug I experienced while only streaming music over the internet. Anything downloaded to my phone worked just fine. This is worth noting since a lot of people tend to listen to music straight off the internet rather downloading it to their phone. 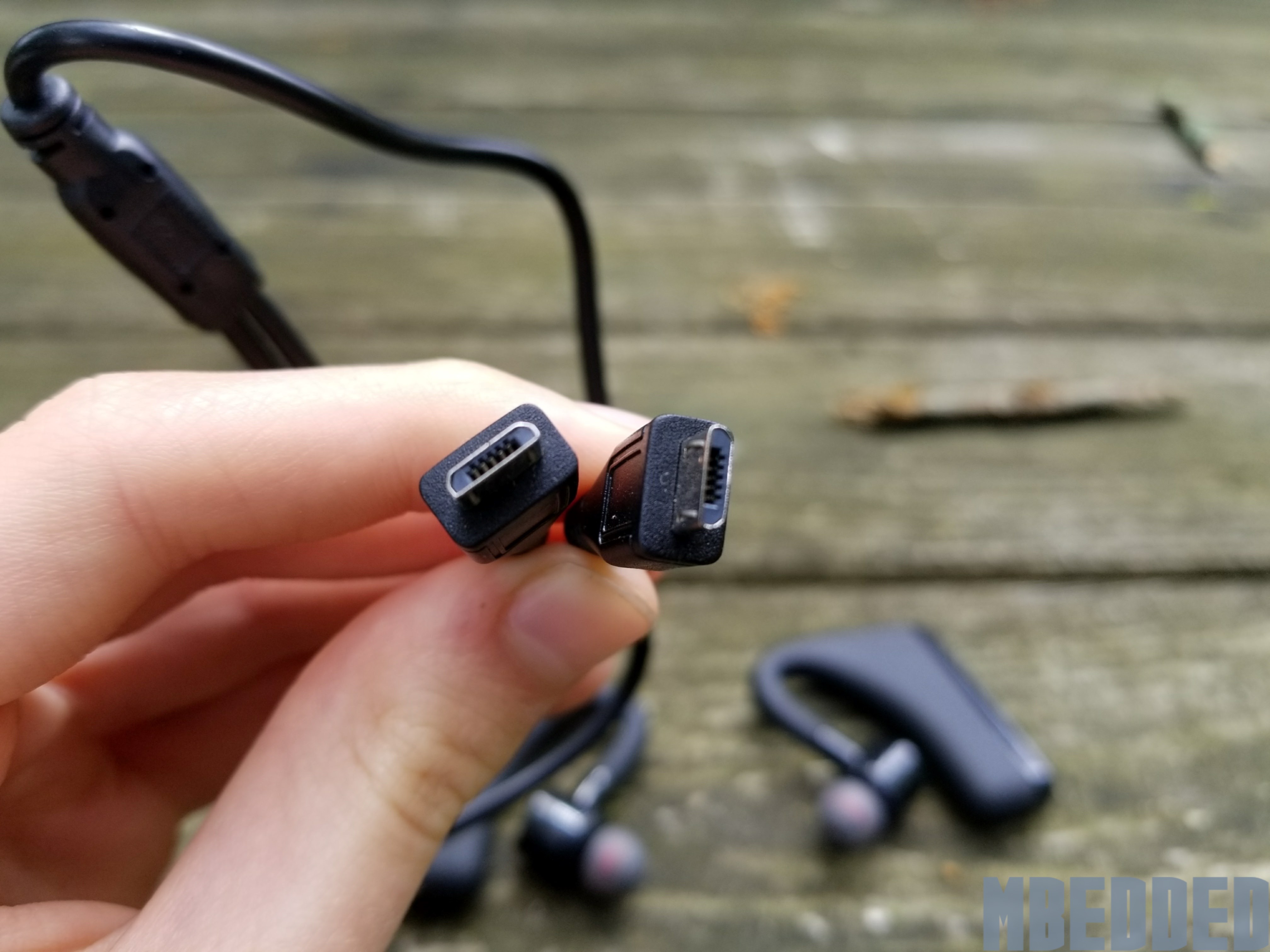 As for battery life, it’s acclaimed 7-8 hours is on point. I can usually get through a day of listening which is usually roughly 7 hours with these earphones, so I’ve appreciated how long they last on a single charge. You’ll also likely notice you can go for a few runs before these things die, so kudos 1Voice. You’ve done well. 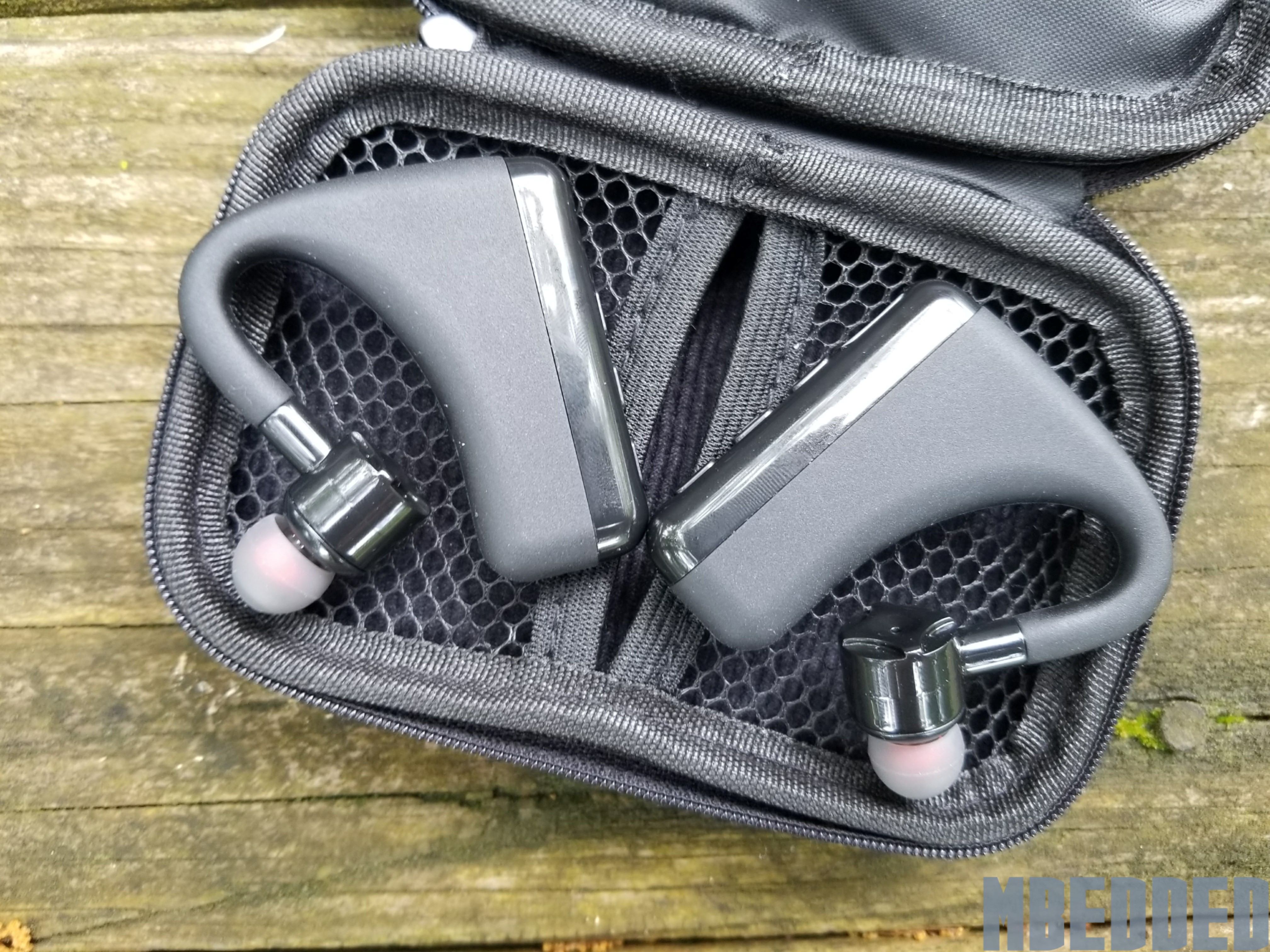 All in all, the 1Voice wireless fitness earphones have served their purpose. They’re by no means the best Bluetooth earbuds you can buy on the market, but if you are eyeing them up thanks to their unique features like independently operating from each other or having their own dedicated microphone and volume buttons, you should just buy them. Heck, they’re just $45 right now over on Groupon.com. Go buy a pair. You probably won’t regret it.