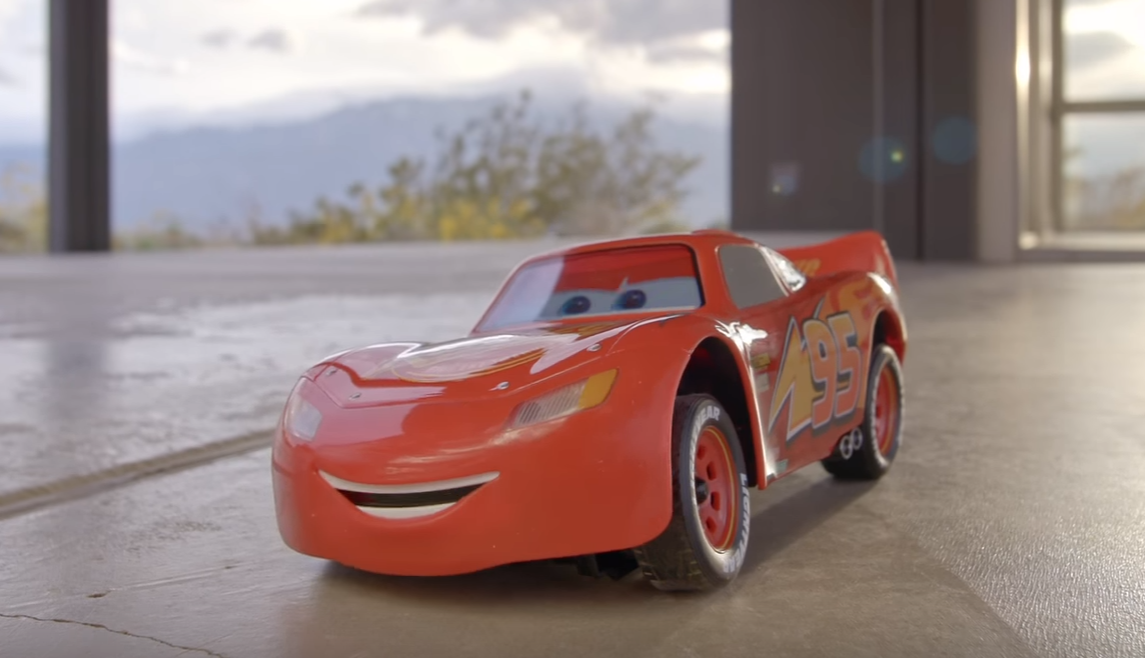 Sphero made a name for itself a couple years back when it introduced its rollable BB-8 action figure which could actually watch Star Wars: The Force Awakens with you. Now, the company is back with a new toy that is probably the coolest race car you’ve ever seen.

It’s called the Ultimate Lightning McQueen. Obviously, Sphero and Disney partnered again to promote another movie (this time it’s Cars 3 due out this summer), but this type of typical case shouldn’t categorize this thing. A lot of companies just use interactive toys as promotional objects, but this is the worst way to think of this race car. “The Ultimate Robot Car” is more like it.

First of all, it’s stupid life-like. As you’ll see in the video above, the robotics Sphero used in this case are seriously impressive. It looks and acts like it does in the Cars movies, with various movements and reactions to certain situations making the Ultimate Lightning McQueen seem like it rolled right off the theater screen and into reality.

To make McQueen’s eyes move, Sphero opted for a 320×120 LCD display which was programmed by dedicated team members to make it seem as realistic as possible. For the mouth, soft plastic is being used which was also programmed by dedicated team members in order to make it seem like his lips are in line with one of the 300 available phrases that play during the experience. The car can even respond to one’s touch, as a pat on the head will cause McQueen to raise.

But that’s not all. Various games are loaded onto the Ultimate Lightning McQueen and are accessible via an iOS/Android app that also lets users control the toy. Drifting, working tail lights and a max speed of 6 MPH are all built into this device. Multiple motors, sensors, and components add up to a total of 450 parts all crammed into the car’s body which is absolutely insane. Sphero says it took them 17 months to build it, and that makes total sense.

For those wondering, McQueen should last about 40 minutes on a full charge, while he has a 100-foot driving range since he’s controlled over Bluetooth.

Of course, for something this cool, a high price has to accompany. $299 is the unfortunate cost of this thing which, while is pretty high for just a race car, may be worth it in the end as your kid marvels at the toy in amazement.