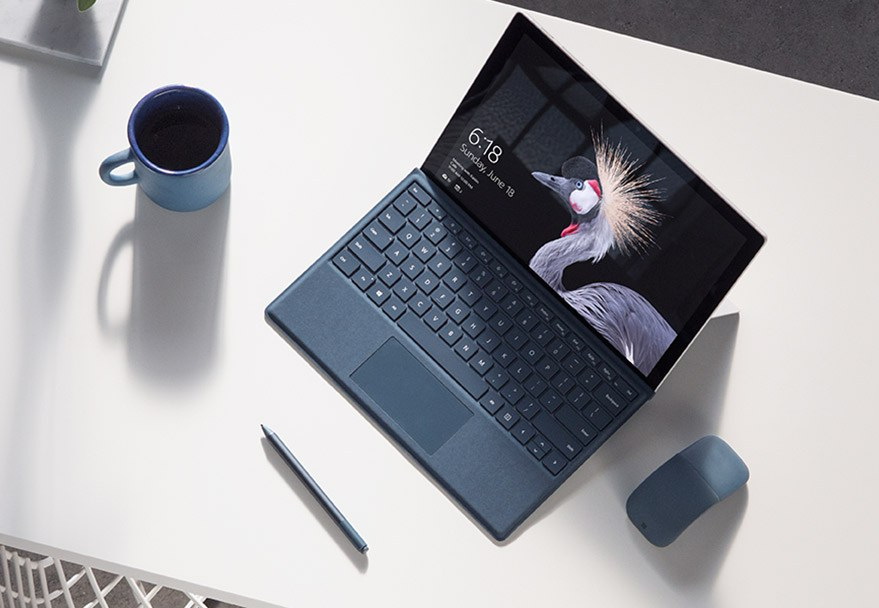 Microsoft Made a USB-C Dongle for Your New Surface Pro

Microsoft just introduced the new Surface Pro today, and our headline expressed our interest in why the device doesn’t include USB-C. I mean, it’s 2017 and it’s one of the most popular device son the planet. Why not just include one USB-C port? Just put it on the top of the tablet or something. I’m not asking for a full-on replacement of USB-A, but c’mon, why not?

Whelp, it looks like Microsoft didn’t forget about USB-C. In fact, it seems like the company designed the new Surface Pro around the fact that it would omit the technology for at least another year. And their solution to this caveat? Create a dongle.

Like Apple creating a dongle for your headphones, just less serious and life changing.

During an interview with The Verge, Microsoft’s Surface chief, Panos Panay, said that when USB-C is ready for his customers, Microsoft would be there. But until then, “we’re giving a dongle to people who love dongles.” The dongle, which hasn’t been given any pricing or release date as of yet, will connect to the Surface connector and allow users to charge their Surface Pro with a USB-C cable or transfer data. Ideally, this dongle could also work with the recently introduced Surface Laptop which also sports a Surface connector. We’ll update this article with confirmation on this speculation once we receive it.

USB-C is specifically missing from Microsoft’s new products due to it acting similarly as a barrier which customers may not be able to get around. “The last thing I want is to take away the port they need today and tomorrow and the next day, to achieve a technology milestone where I then put a barrier in front of my customers,” says Panay. “A dongle or an adaptor or a cable that didn’t work because it was Thunderbolt or wasn’t Thunderbolt or I bought the wrong peripheral or I tried to charge it with my phone charger but it wasn’t enough to charge my device all day. Those are those moments.”

Sure, this all makes sense, but I’m not sure if a dongle is the right way to go about things. I mean, couldn’t Microsoft just built another port onto the Surface Pro? By using a dongle, you just have something else to throw in your bag. You may also forget it at home before going on that weekend vacation. I’m just saying, dongles aren’t the cleanest, simplest way of going about things, and we’ve seen proof of this with products like the iPhone 7 and 12-inch MacBook. Hopefully, in the near future, USB-C becomes a bit more mainstream and Microsoft will start adopting it properly.

Until then, your ideal USB-C setup just got interrupted with another dongle.