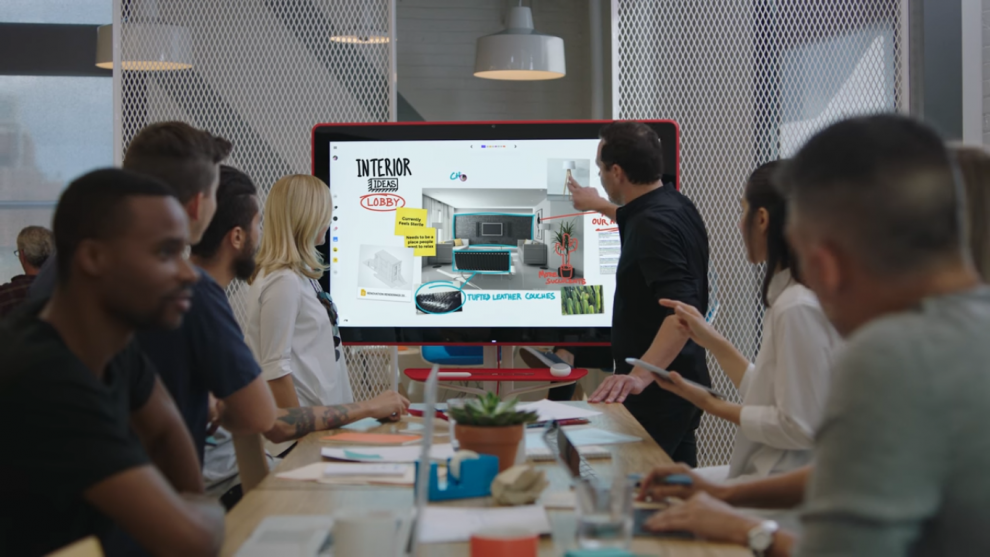 Originally announced back in October and given pricing in March, Google’s 55-inch 4K collaboration hub known as the Jamboard is now available for purchase for $4,999. Mind you, this is significantly less than Microsoft’s Surface Hub which goes for $8,999 and features a 55-inch 1080p display. If you want 4K, you have to opt for the 84-inch variant which sells for an eye-popping $21,999. Besides, the Jamboard offers Google’s suite of productivity services (e.g. Hangouts, Drive, Cast, Docs, etc) which some users will likely favor over Microsoft’s (e.g. Skype, OneDrive, Miracast, Word, etc). And you have pen and touch input (although the Surface Hub features 100 touch points over the Jamboard’s 16 touch points), so it’s not like you’re really missing out on anything if you decide the Jamboard is better for your company over the Surface Hub.

For those of you wondering, here’s a list of the Jamboard’s specs.

In order to purchase the Jamboard, you’ll need to be a subscriber to Google’s G Suite and be willing to pay for an added annual management and support fee. As long as you’re good with that and are located in the U.S., you can pick one of these guys up in cobalt blue, carmine red, and graphite gray.