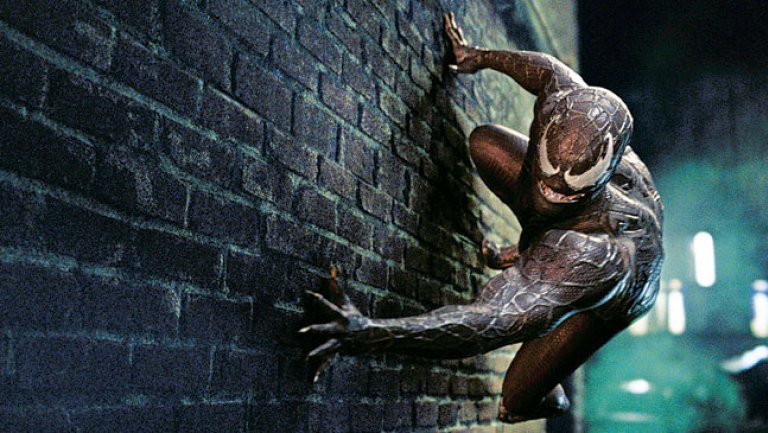 Update: Sony has confirmed Tom Hardy will play Eddie Brock in the 2018 film simply titled, Venom. Production of the film will begin this fall. The movie will tie into Sony’s own Marvel Universe which will likely consist of Venom and other Spider-Man villains like the Sinister Six.

Original article: According to The Hollywood Reporter, actor Tom Hardy has been cast as Venom for Sony’s upcoming Spider-Man spinoff based on the symbiote-infected villain. Hardy, best known to sci-fi fans as Bane in DC Comic’s The Dark Knight Rises, will be directed by Zombieland‘s Ruben Fleischer. The news comes as Sony attempts to reach it’s projected 2018 release date for the Venom film.

According to THR, Hardy is in final negotiations to play Venom. It’s unclear whether he’ll portray Eddie Brock, Flash Thompson, or possibly another Spider-Man character who gets infected by the symbiote in the comics. What we do know, however, is that this film won’t tie in with Marvel’s upcoming film Spider-Man: Homecoming which brings the web slinger into the MCU. Sony and Marvel are basically going their separate ways on these projects, even though they’ll both play roles in the development of each other’s.

Avi Arad, Matt Tolmach, and Amy Pascal are in line to produce the Venom film. No title has been given as of yet, We expect to hear more about the film when Sony formally announces Hardy’s portrayal as Venom. It’s set to hit theaters October 5th, 2018.