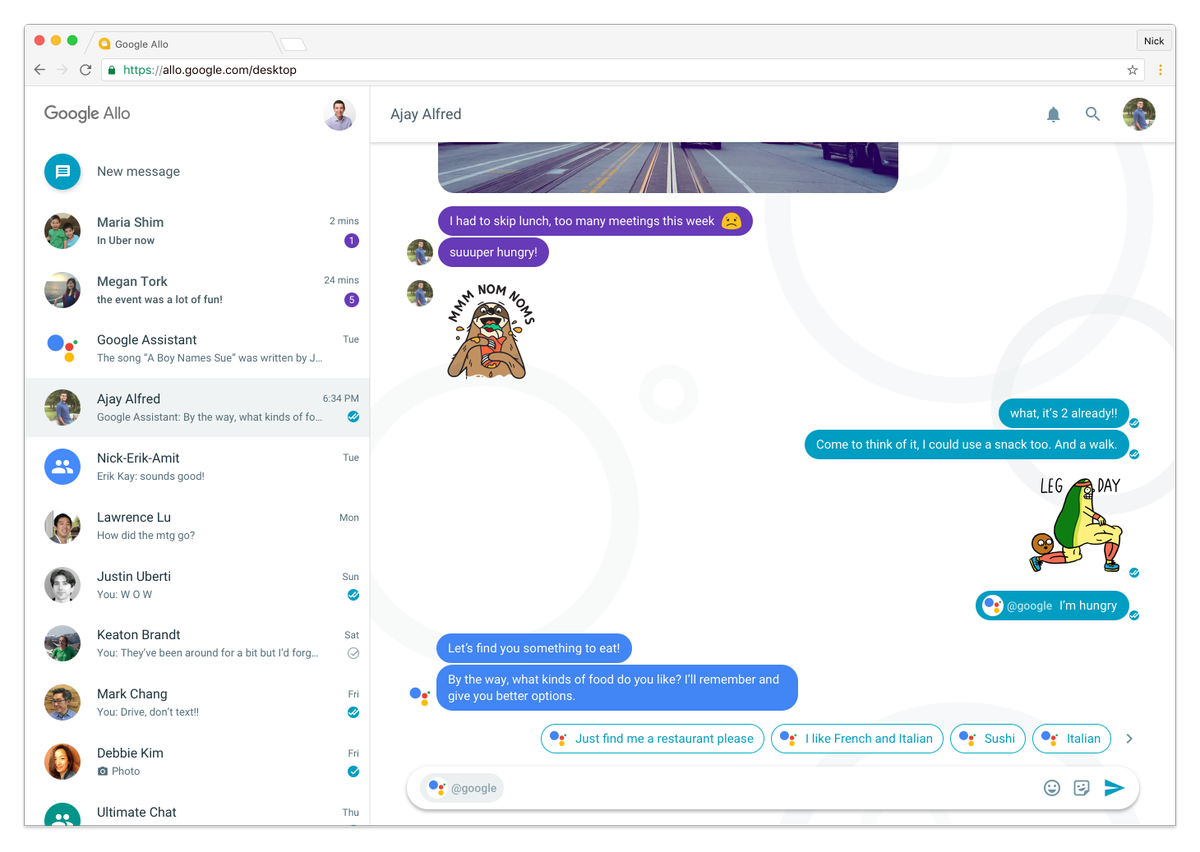 Back in February, we got our first glimpse at Google Allo on the desktop. While it was assumed we wouldn’t have to wait much longer for the AI-backed chatting app to launch on the web, it looks like we’re gonna have to wait even longer, at least according to one of Google’s VPs.

Specifically, Google’s vice president of product management, Nick Fox, took to Twitter earlier today to confirm we’re still another month or two away from seeing the Allo desktop client launching officially. He’s apparently been using it with colleagues each day and loves it, but the development team is still working on finalizing the utility for a public debut.

@AndreiCocari @Google I’m using web client every day and loving it 😋. Team is working hard to get it out ASAP, but we’re still a month or two from public release.

While it’s unfortunate we have to wait even longer for the Allo desktop client, at least it won’t launch with a billion bugs and needed refinement. Of course, at least some type of multi-device messaging feature would be nice in the meantime (for example, tablet support), but the best things in life are worth waiting for, I suppose.