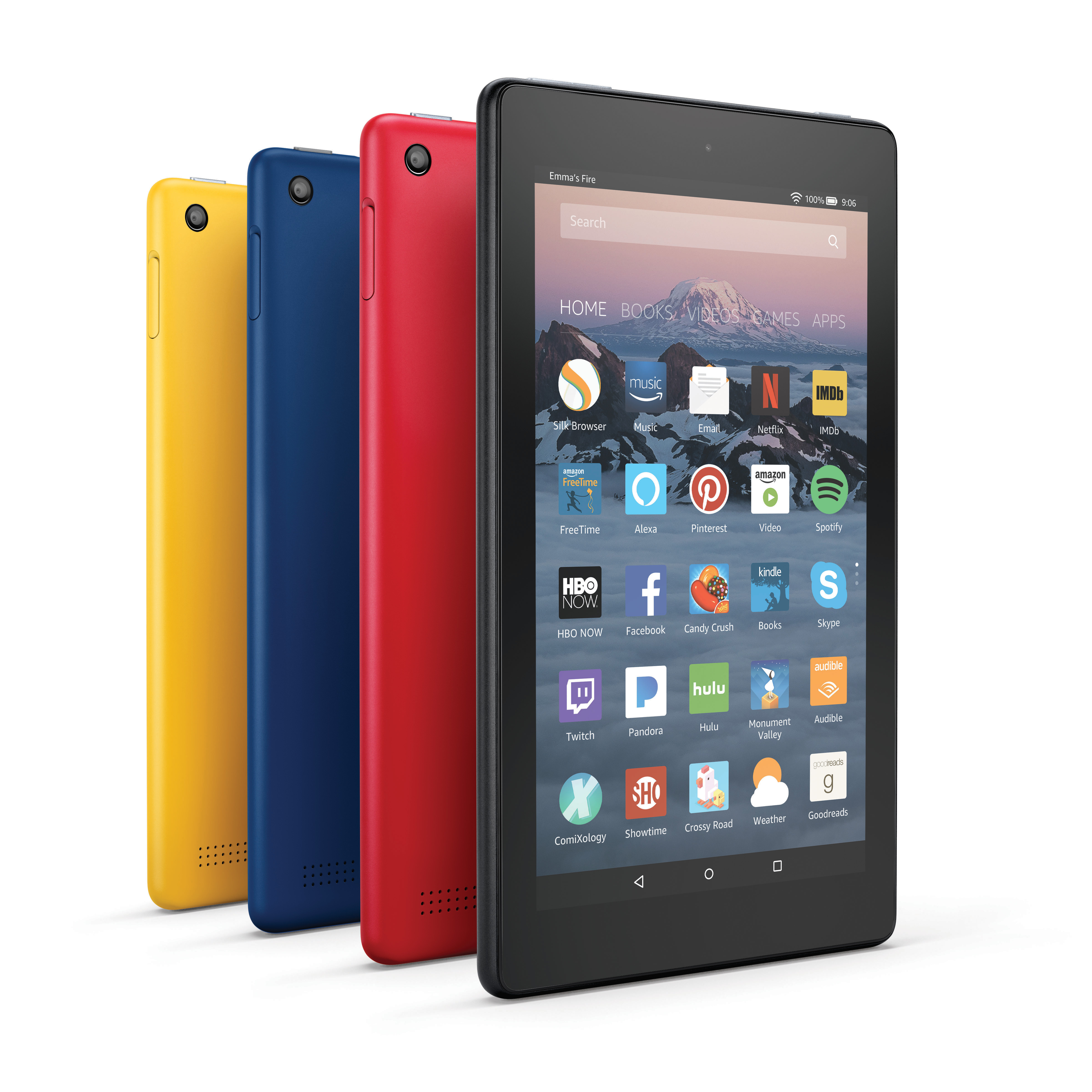 Today, Amazon finally took the time to update their aging Fire tablet line, with some models having not seen an update since 2015. We saw an update to the Fire HD 8 back in September but since then, the Fire tablet lineup hasn’t really seen a change until today.

For starters, there’s a completely new 7-inch Fire tablet that features a slimmer body and lighter weight. Amazon says they’ve also improved the 7-inch IPS display to appear clearer and have better contrast for reading text. There’s also apparently better Wi-fi connectivity onboard, while Amazon has bumped the tablet’s estimated battery run time to 8 hours over the previous generation’s 7 hours. You still have a microSD card slot for up to 256GB cards alongside 8GB of internal storage. The device retails for the same $49.99 and will begin shipping June 7th.

As for the Fire HD 8, as previously stated, this device has already seen its refresh. On the bright side, it’s price has decreased from $89.99 to $79.99, making it $10 worth more affordable. Interestingly, however, Amazon has now added a kid-friendly edition to their lineup called the Fire HD 8 Kids Edition. It comes with a rubber case for protection against bumps and drops, Amazon’s FreeTime Unlimited software so parents can monitor what their kids are doing and how long they’re doing it, and a two-year warranty that will replace your child’s tablet if/when it breaks. This complete package retails for $129.99, $30 more than the Fire 7 Kids Edition. It also begins shipping June 7th.

Additionally, Amazon has now released it’s Alexa on Fire tablets software update to those in the U.K. All Fire tablets bought in this part of the world will receive Alexa out of the box, while those with pre-existing devices will get a software update in the near future enabling the voice assistant. This is the first time Alexa has expanded across Fire tablets since it’s launch last year.