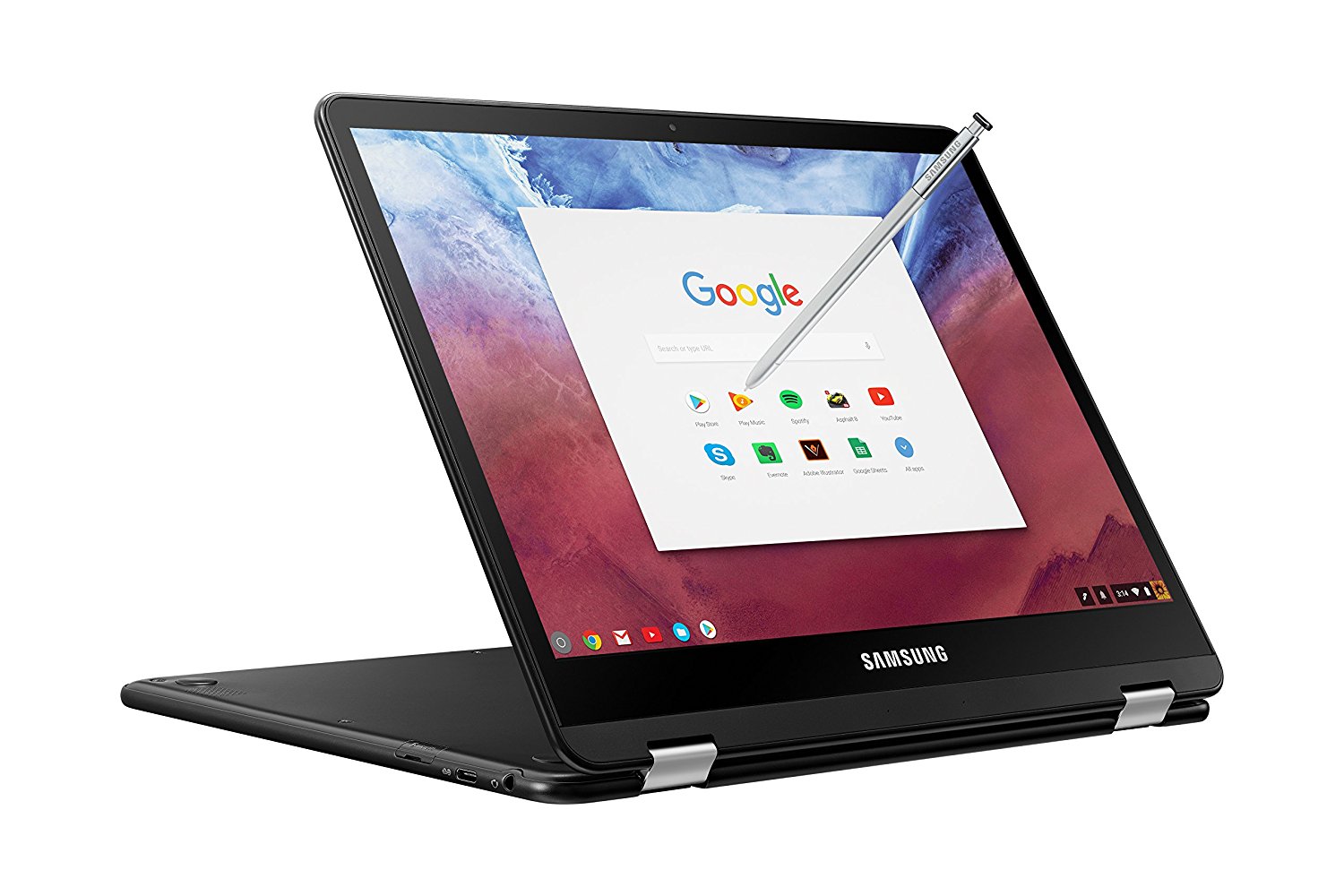 Just over a week ago, Samsung had initially put a halt to the release of their latest Chrome OS-powered laptop called the Chromebook Pro. The machine features a 12.3-inch 2400×1600 touchscreen, an Intel Core m3 processor, 4GB of RAM, a built-in S Pen, and 32GB of internal storage. While the company had originally stated we’d have to wait until “later this spring” to get our hands on it, it looks like that wait hasn’t resulted in much as the device is now up for preorder at Amazon.

Listed at $549.99, the Chromebook Pro was originally spotted by Chrome Unboxed. Additionally, we’re also getting our first look at the device’s final black finish which is replacing its previous silver accent.

The Chromebook Pro was originally delayed due to its bad software. Many early reviewers have stated that Android apps on Chrome OS still need work which may be the reason not to buy this 2-in-1 laptop just yet. May 28th will mark one month after the Pro was initially supposed to go on sale, so hopefully Google had some time to work on the software and refine everything so it’s properly consumer ready.