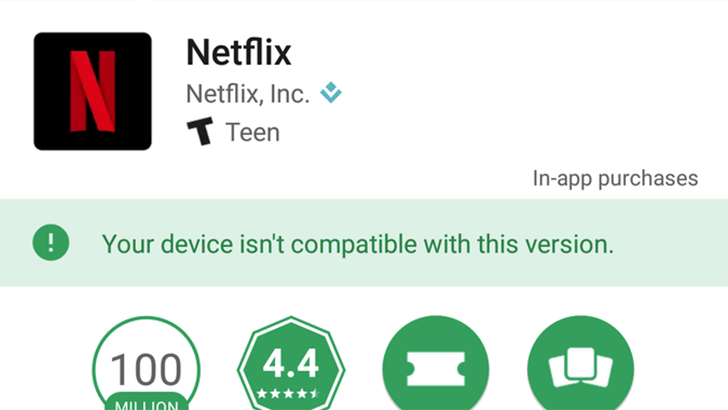 Netflix is Blocking Rooted Android Users from Downloading Their App

Version 5.0 of the Netflix for Android app has brought a pretty controversial change to the table: rooted users can’t download it from the Play Store. The reason? Netflix will now “fully rely on the Widevine DRM provided by Google; therefore, many devices that are not Google-certified or have been altered will no longer work with our latest app and those users will no longer see the Netflix app in the Play Store.”

Essentially, Widevine is a Google-developed DRM system that will rank your device by how secure it is, basically determining whether you have Trusted Execution Environment (TEE) running on your phone/tablet or not. But as noted by Android Police, the Netflix listing on the Play Store is actually tied to your current SafetyNet status that breaks when you root your device or customize it in an unofficial way. Netflix requires SafetyNet to show as compatible with your device, so rooted Android users will no longer be able to download the app from the Play Store from here on out.

That’s not to say the app has stopped working entirely on rooted users’ devices. On the contrary, you can still download the Netflix APK and install it which many users have reported as the main workaround for this conflict. While it’s unclear whether Netflix will suspend the use of their app on rooted or unlocked devices entirely in the future, for now, you’ll have to take a trip over to APK Mirror to enjoy Stranger Things or Fuller House.