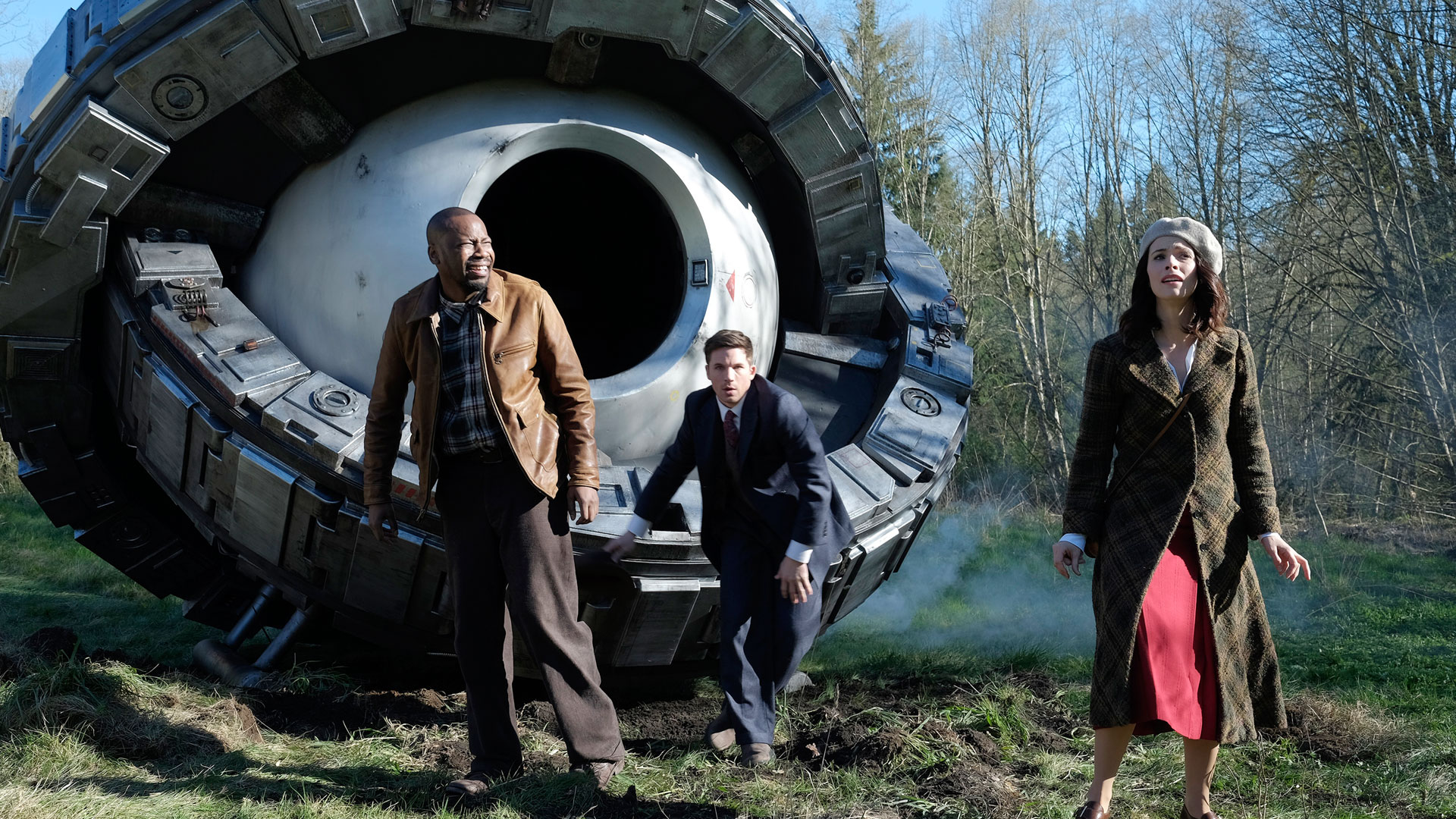 NBC’s Timeless Gets Renewed After Originally Receiving the Axe

Rejoice, time travel fans. NBC has renewed its rookie series Timeless for a second season despite originally canceling it after one season due to low ratings. Ironically, fans’ outcry brought the show back, and as NBC Chairman Robert Greenblatt explained, the demand was pretty dang high.

“We heard from fans and the outcry and we woke up the next morning and thought, ‘Let’s figure out how to bring it back,’” Greenblatt said during a conference call with press members (via The Wrap). “We went back to the drawing board in every way.”

As a result, Timeless has been renewed for a second season consisting of 10 episodes. According to THR, show creators Shawn Ryan and Eric Kripke approached NBC with a set of more family friendly episodes that was met with a greater financial package, so it looks like the little ones will be able to watch season 2 as well. In addition, a set premiere date hasn’t been made yet, but Ryan shares on Twitter that NBC is currently aiming for spring or summer of 2018 with a potential 8 p.m. time slot.

From Eric Kripke, Shawn Ryan and the producers of “The Blacklist” comes this thrilling action-adventure series in which a mysterious criminal steals a secret state-of-the-art time machine, intent on destroying America as we know it by changing the past.

Our only hope is an unexpected team: a scientist, soldier and history professor who must use the machine’s prototype to travel back in time to critical events. While they must make every effort not to affect the past themselves, they must also stay one step ahead of this dangerous fugitive. Can this handpicked team uncover the mystery behind it all and end his destruction before it’s too late?

I have to admit when the pilot premiered, Timeless‘ story didn’t seem to make much sense and seemed pretty rushed as it went from an ordinary set of people to a team going after someone who stole a time machine in as little as 10 minutes. It took about three or four more episodes for the characters to evolve into actual people and for the audience to draw a connection with the likes of the know-it-all Lucy (Abigail Spencer), the tough-guy soldier Wyatt (Matt Lanter), and the nerdy-but-sweet Rufus (Malcolm Barrett). Then during the remaining two episodes, things actually started happening and serious cliff hangers developed. This ultimately led to fans’ demand to bring the show back, at least in my own opinion. You didn’t really get this same experience when it came to the now-cancelled time traveling series Frequency, Time After Time and Making History.

During its initial season one run, Timeless was met with a 1.1 rating and 4.62 million viewers in the 18-49 demographic. It eventually developed into an average of 2.1 and 7.97 million viewers within seven days of delayed viewing, but ultimately sank into a 0.6 average near the end of its initial run. NBC and show creators Ryan and Kripke hope to have higher ratings come next season.