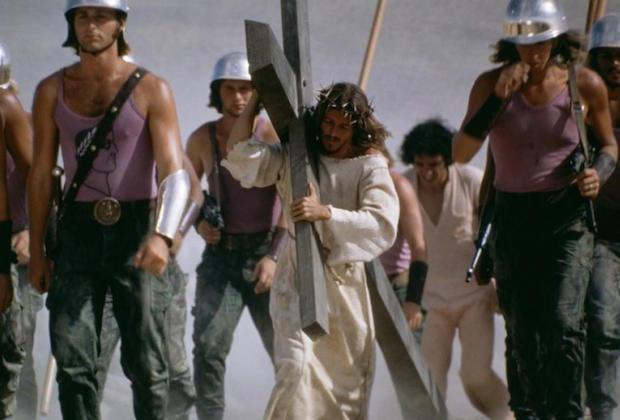 Jesus Christ Superstar is getting resurrected once again. NBC has announced that on Easter Sunday next year, they’ll broadcast a live musical based on the popular 1971 rock opera. Andrew Lloyd Webber, known for his work in Cats, The Phantom of the Opera, Sunset Boulevard, and School of Rock, will compose the musical, while Tim Rice, known for writing songs like “Can You Feel the Love Tonight” from The Lion King and “A Whole New World” from Aladdin, will write the lyrics.

NBC’s revival of Jesus Christ Superstar, which tells the story of Jesus Christ’s last week here on Earth, will mark the fourth time it was adopted as a musical. Back in 1971, the show opened at the Mark Hellinger Theatre on Broadway and was met with 5 Tony award nominations while winning the Drama Desk Award for Most Promising Composer. Then in 1973, it was adopted as a movie and was directed by Oscar winner Norman Jewison and starred Ted Neeley.

Finally, in 2000 and 2012, the musical was revived twice for Broadway and each earned Tony nominations for Best Revival of a Musical. Now, NBC hopes to have some of the same success with their adoption for network television that will be aired live on April 1st, 2018.

Jesus Christ Superstar Live! will be executive produced by Andrew Lloyd Webber, Tim Rice, Marc Platt, Craig Zadan and Neil Meron. Platt has done work on 2016’s La La Land for which he earned the Producers Guild Academy Award alongside The Girl on the Train, Legally Blonde, and the failure that was Grease Live! which aired last year on Fox. Zadan and Meron each have previously executive produced NBC’s other live productions including Hairspray Live!, The Wiz Live!, Peter Pan Live!, and The Sound of Music Live!. Casting is underway.