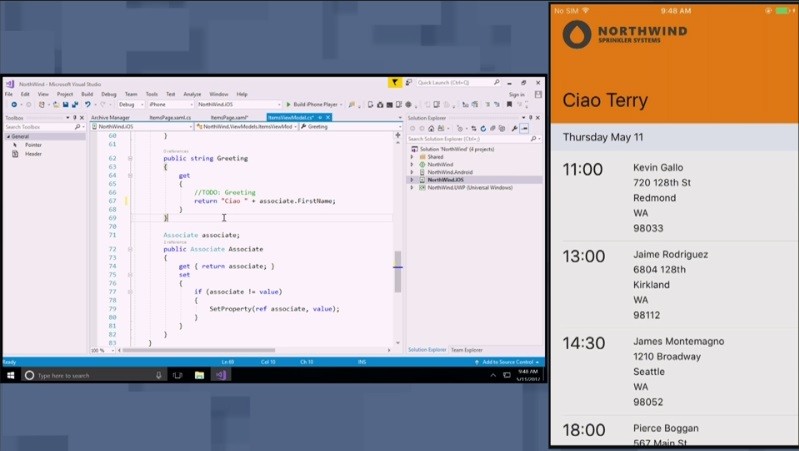 Microsoft made a number of announcements today regarding developers at their Build 2017 keynote, and one of them involves developing for iPhone. Getting around Apple’s restrictions hasn’t been easy, but one feature that was once a Mc exclusive can now be performed on any Windows 10 PC: you can now deploy apps coded in Visual Studio to your iPhone for testing.

To deploy an app, you’ll need to install the Xamarin Live Player on your iOS device and connect your device to Visual Studio via a QR code which, on stage, looked to be near-instantly identifiable. Then, your app will be displayed on your iPhone, iPad, or iPod touch and all changes you make will be visible live. Sure, this addition is pretty minor, but it should make developers’ jobs a lot easier since now, you won’t have to pull out a Mac just to test your app.

It’s worth noting you still need a macOS device to publish iOS apps to the App Store. Hopefully Microsoft cooks up a solution to this problem at some time in the future.