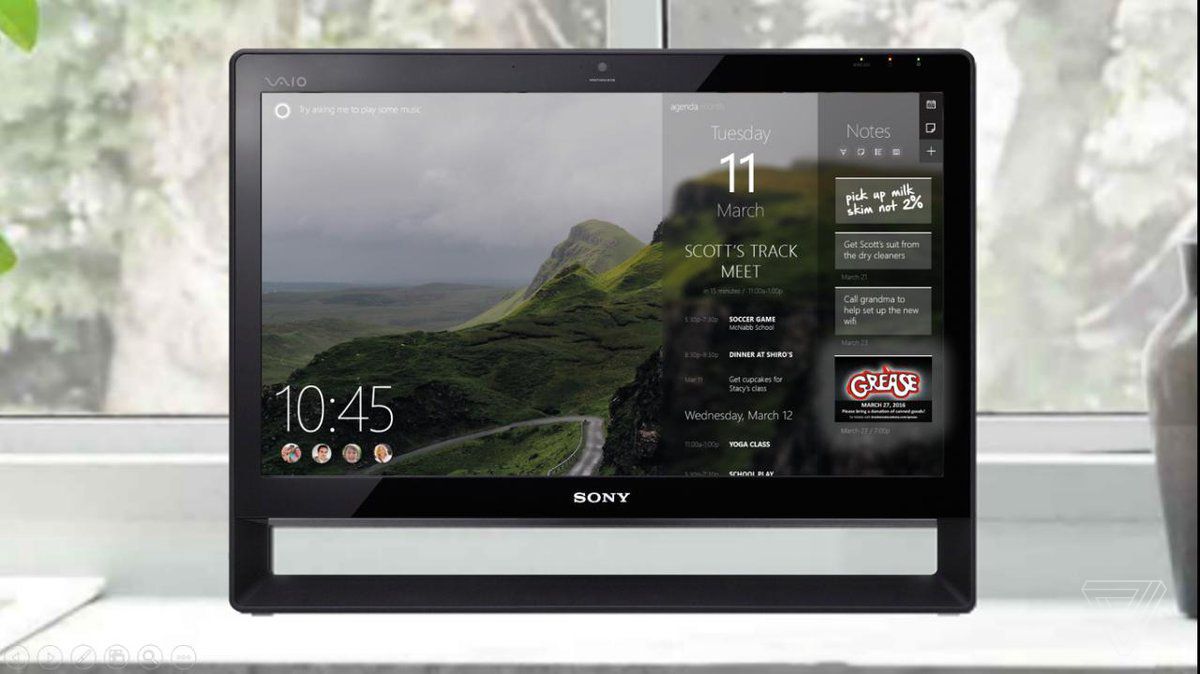 Check Out Microsoft’s New HomeHub, Soon to Be Released to Windows 10 PCs

The Verge has obtained internal concepts of what they claim to be Microsoft’s new HomeHub feature that will reportedly make its way to users of Windows 10 PCs in the third major update to the OS this September. Previously, it was believed HomeHub would be a simple app in Windows 10 that would allow users to control smart home accessories like lights, but it looks like it’ll be a lot more.

For instance, a new welcome screen will be present that will display multiple users’ calendar info, to-do lists, notes, weather information, and more. Access to voice search powered by Cortana will be made easily accessible. The Verge notes this screen will be designed for “kitchen PCs and new smaller hardware with screens that will support Cortana voice commands from across the room,” so it looks like special hardware will take better advantage of this feature.

That’s not to say everyone won’t be getting it, however. The new HomeHub welcome screen will roll out to users in Redstone 3 starting this September so all Windows 10 device users will see this very feature. But The Verge makes it well known special hardware partners such as HP and Lenovo will build exclusive hardware that will focus on the HomeHub but double as full-fledged Windows 10 PCs.

In the same breath, the HomeHub will also arrive as an app that is built to control your smart home accessories. According to The Verge, Hue, Nest, Insteon, Wink, and SmartThings devices will be supported at launch, with Cortana integration arriving for the platforms as well. In a nutshell, with HomeHub, Microsoft will turn millions of Windows 10 PCs into Amazon Echo competitors with way more functionality. And naturally, it looks like the Echo Show may have a hard time keeping up.

Microsoft may talk a bit about HomeHub tomorrow during Build 2017, but The Verge believes a stronger focus on the feature alongside upcoming hardware will be discussed on May 23rd during another event the company is hosting. Guess we’ll just have to wait and see.