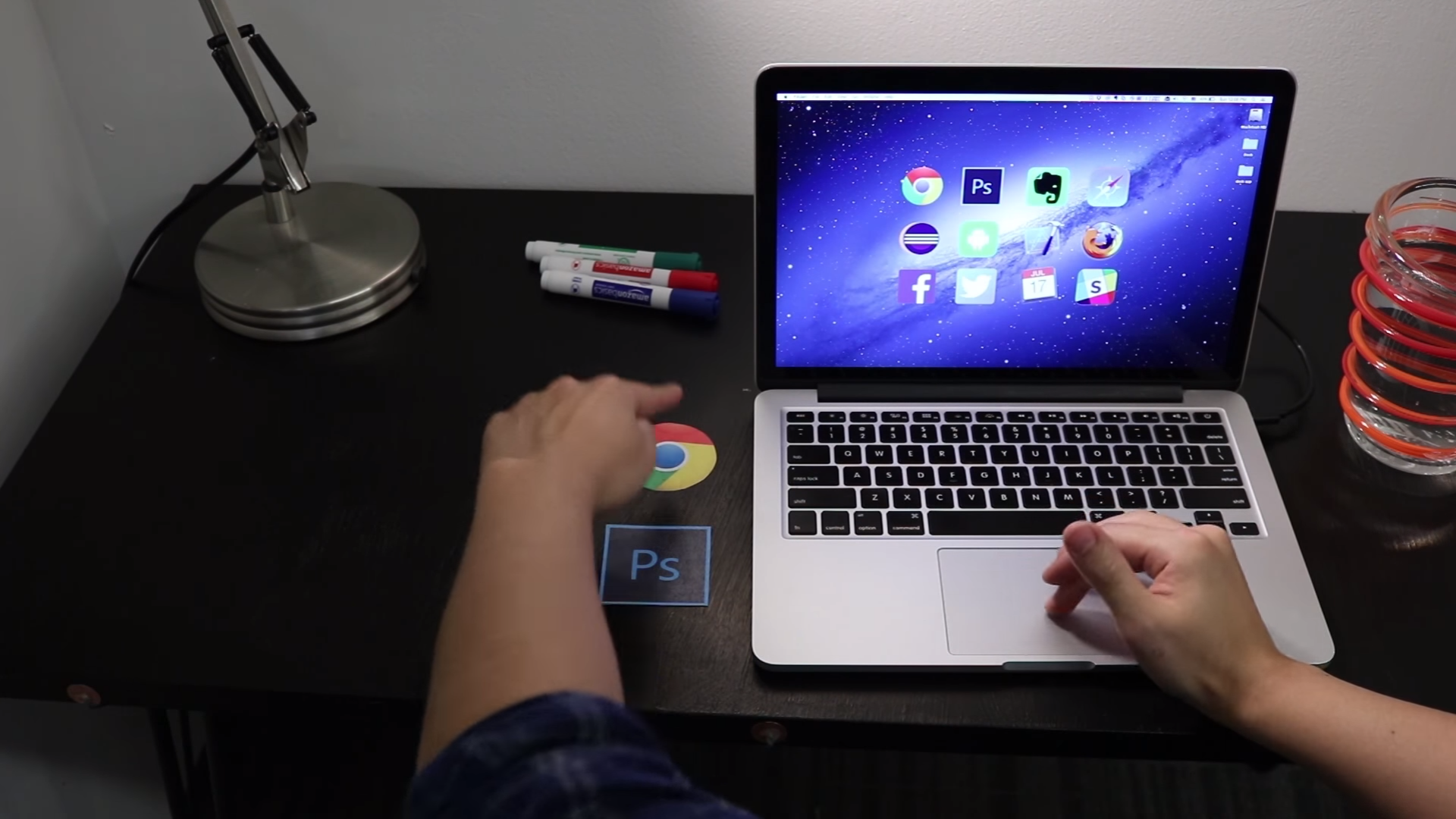 Researchers at Carnegie Mellon University have developed a new way to add touch controls to practically any object whether it be flat, curved, or irregular. By using a conductive paint or spray, Electrick (as the system’s called) can identify different measures in electricity while you move your hand across the surface. Simple one-touch inputs are also supported, obviously, but swiping gestures just look a lot cooler.

In the video above, Electrick is being used on a guitar, car steering wheel, and even paper cutouts of some app icons that act like digital shortcuts to a computer program. There’s many possibilities with this technology, so nearly any gesture you may perform on an actual touchscreen, you can perform with Electrick’s system.

We introduce Electrick, a low-cost and versatile sensing technique that enables touch input on a wide variety of objects and surfaces, whether small or large, flat or irregular. This is achieved by using electric field tomography in concert with an electrically conductive material, which can be easily and cheaply added to objects and surfaces through a variety of fabrication methods such as painting, 3D printing, injection molding etc.

It’s especially interesting considering the researchers are targeting this technology as low-cost rather just making it and releasing it with a huge price tag. Therefore, it sounds like they’re interested in actually getting this system to market at some point. Of course, as you can see in the video above, the technology is still pretty sloppy and doesn’t look like a consumer-ready product. So for now, it looks like we’ll have a bit longer to wait until we see further developments in this respect. Regardless, it looks like touchscreens are gonna look boring soon, even if they take up more than 80% of the front of our phones.
VIA: The Verge
Related
8