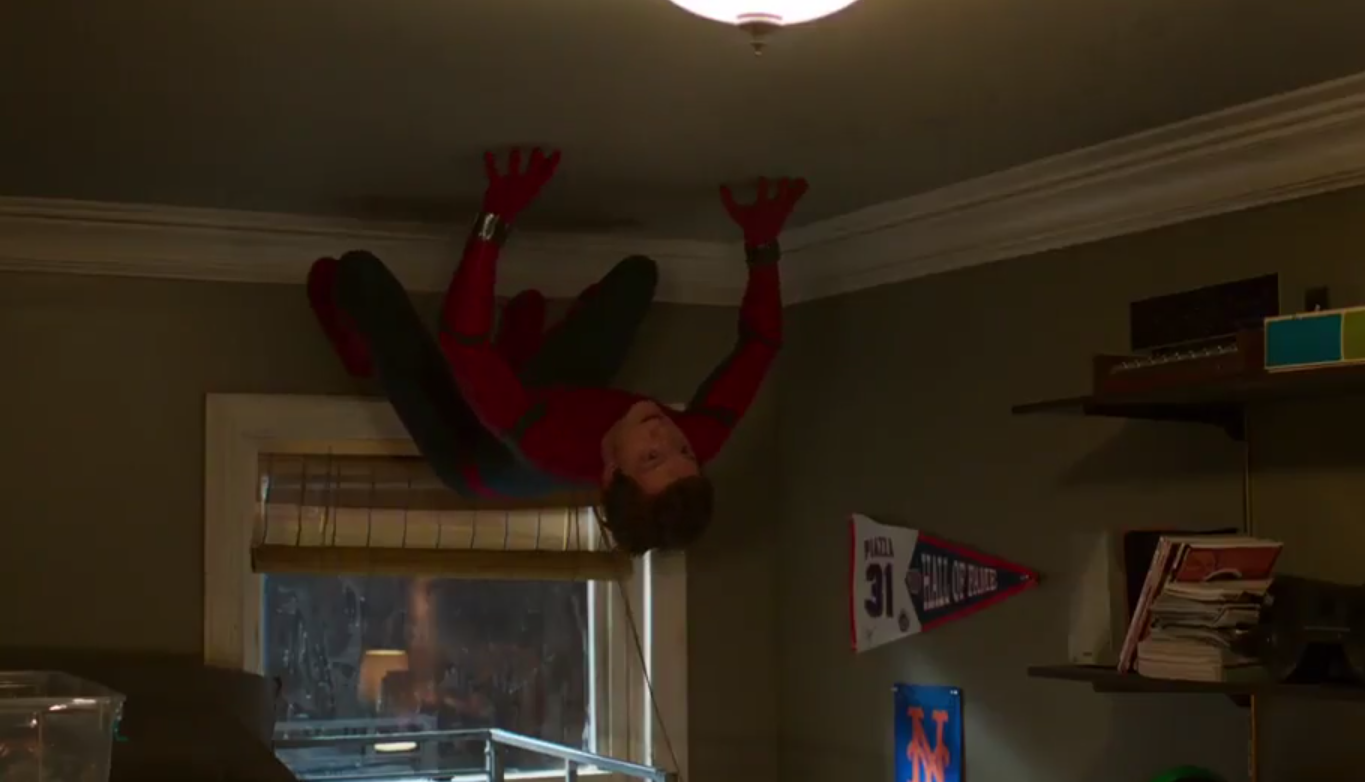 Last night during the MTV Movie Awards, Marvel premiered an exclusive clip of the upcoming reboot Spider-Man: Homecoming which later made it’s way to Twitter. In the video, we get a more extensive look at how Jacob Batalon’s character Ned Leeds reacts to Tom Holland’s character’s secret identity. We’ve known since the first trailer that Peter Parker’s buddy would be let in on the secret, but now we have a feel for how their friendship will change, and how it may end if Ned blabs Peter’s secret.

Near the end of the clip, we get more of Zendaya portraying her mystery character we still don’t have confirmation of. Reports suggest she’s playing Mary Jane Watson, but with the lack of red hair, it’s hard to tell how legitimate this is. Regardless, we should know soon enough since we’ve got less than two months from the film’s debut.

Speaking of which, Spider-Man: Homecoming swings into theaters July 7th, 2017.