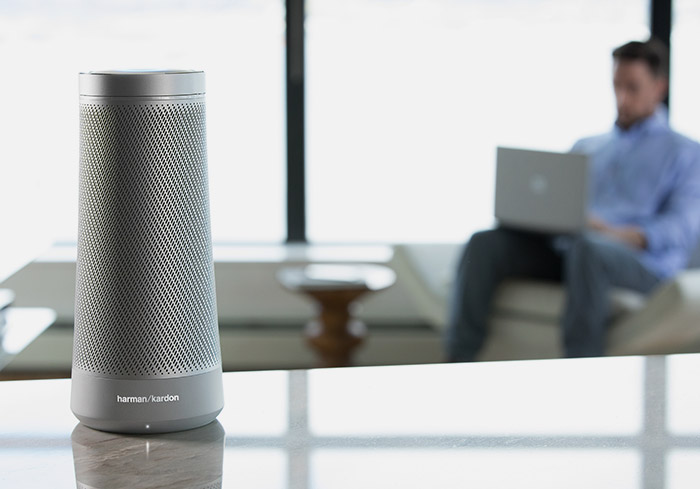 Harmon Kardon has announced it’s new Cortana-powered home assistant speaker they call the Invoke. It’s designed similarly to that of an Echo and is built to compete with the likes of Amazon and Google in the smart home space by enabling Cortana interaction throughout your household. 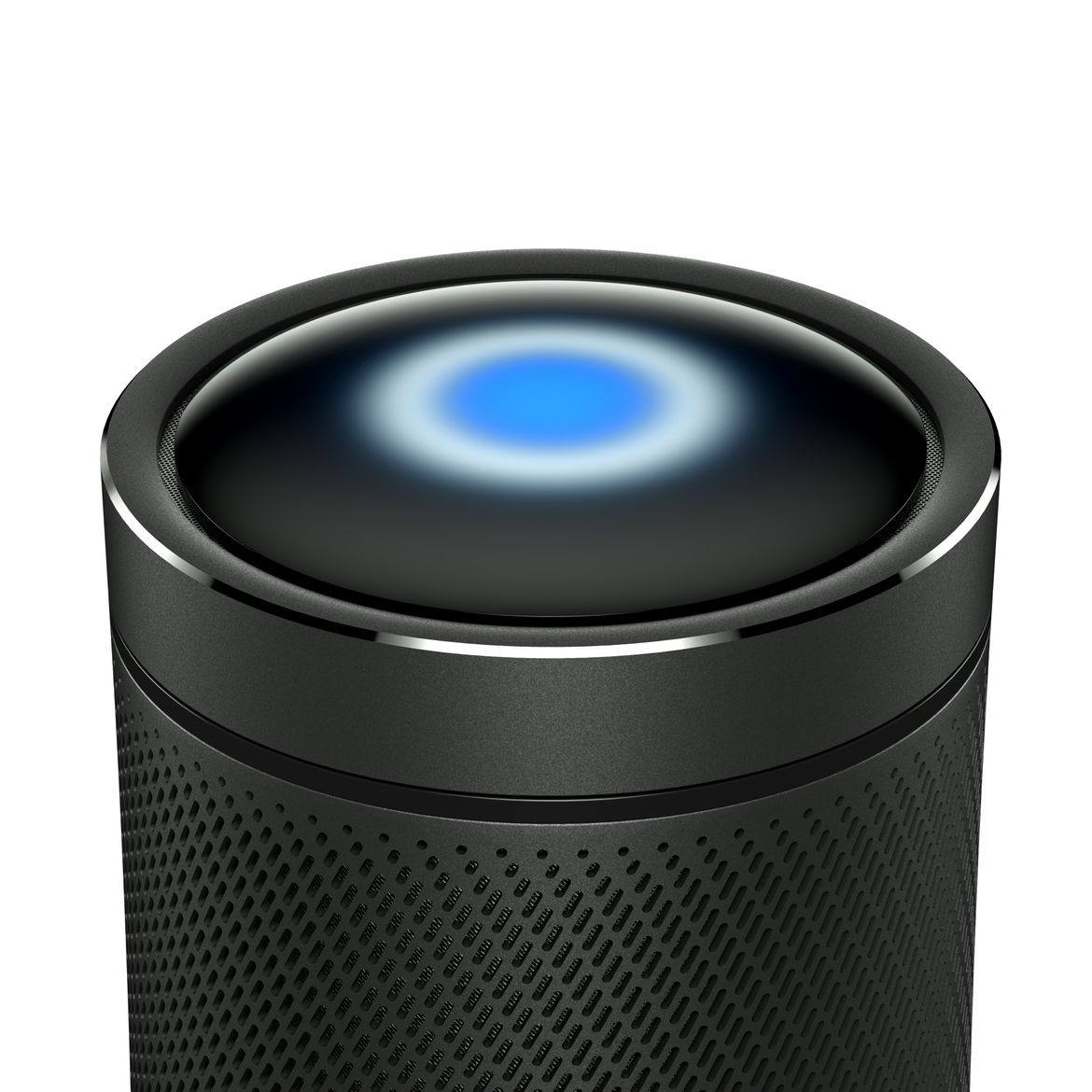 Of course, since this is Harmon Kardon, the Invoke features higher-quality-than-normal speakers when compared to the Echo or Google Home. The company includes three woofers, three tweeters, and two passive radiators to deliver better sound, while a seven microphone array sits around the entire device for voice pickup. There’s a light ring on top to indicate when it detects voice input, an all-aluminum body to store all the internals, and has the ability to make and receive Skype calls whether via the internet or via your cellphone or landline. 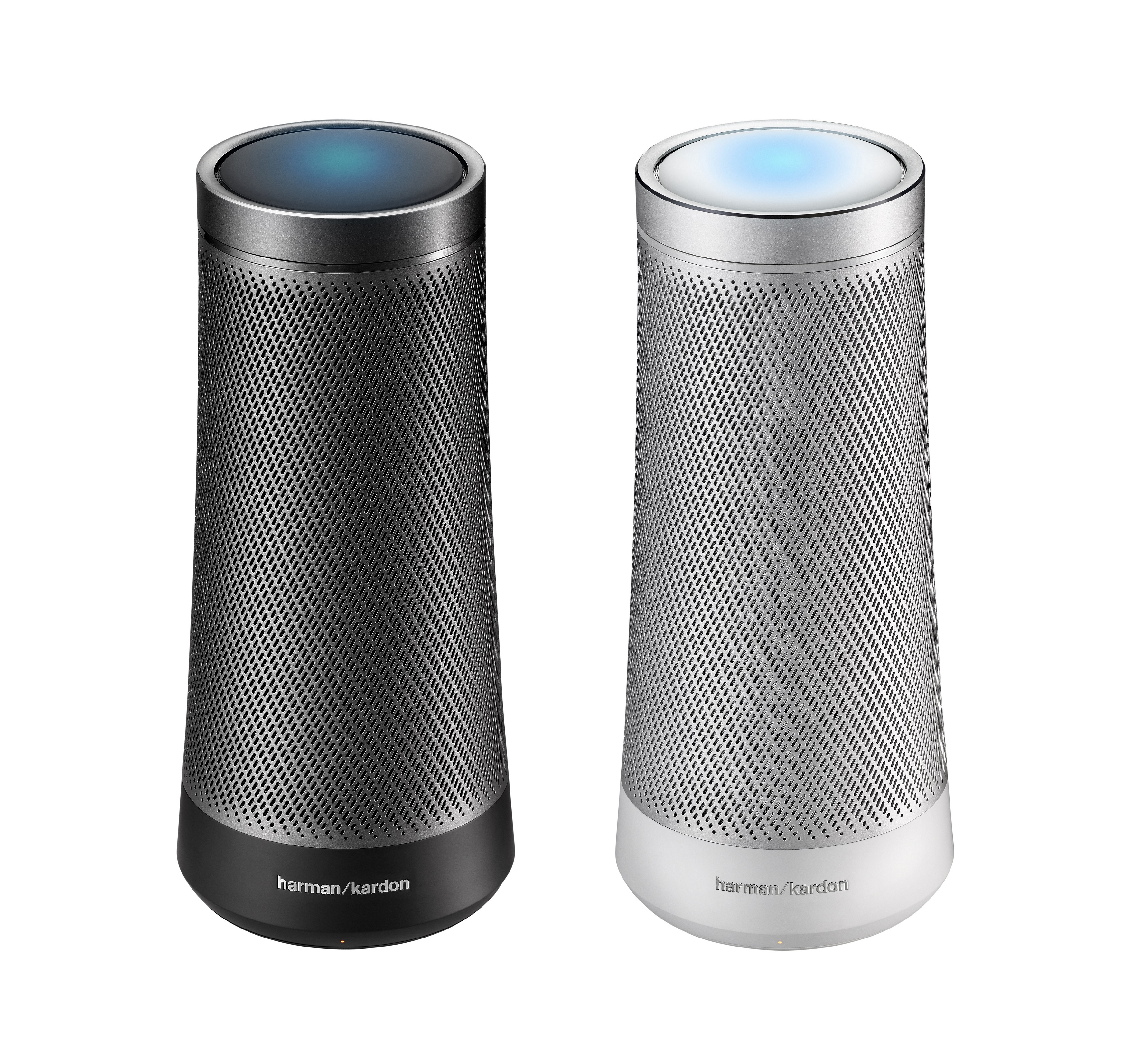 Two colors will be available for consumers when the Invoke launches: Graphite and Pearl Silver. A statement from Michael Mauser, president of the Lifestyle Audio Division at Harmon Kardon, expresses the company’s excitement about working with Microsoft on this new home assistant.

“We’re excited to work with Microsoft to develop a premium speaker that will deliver an exceptional experience to every customer using 360-degree Harman Kardon sound and the intelligence of Cortana,” said Michael Mauser, President, Lifestyle Audio Division at HARMAN. “Voice-enabled technology is the future; by teaming up with Microsoft, we’re delivering on our promise of elevating a connected life through smart technology, superior sound and the stunning design that is Harman Kardon’s hallmark.”

In addition, Jordi Ribas, CVP of AI Products at Microsoft, says the Invoke is the next step in bringing Cortana to other areas of technology rather just computers and phones.

“We are excited to partner with Harman Kardon to create a speaker that combines premium audio and stylish design with the intelligence of Cortana.” said Jordi Ribas, CVP, AI Products at Microsoft. “This is our next step in bringing Cortana to even more devices to help users be more productive wherever they are.”

Harmon Kardon says the Invoke will launch this fall. Currently, we don’t know what it’ll cost, but stay tuned.