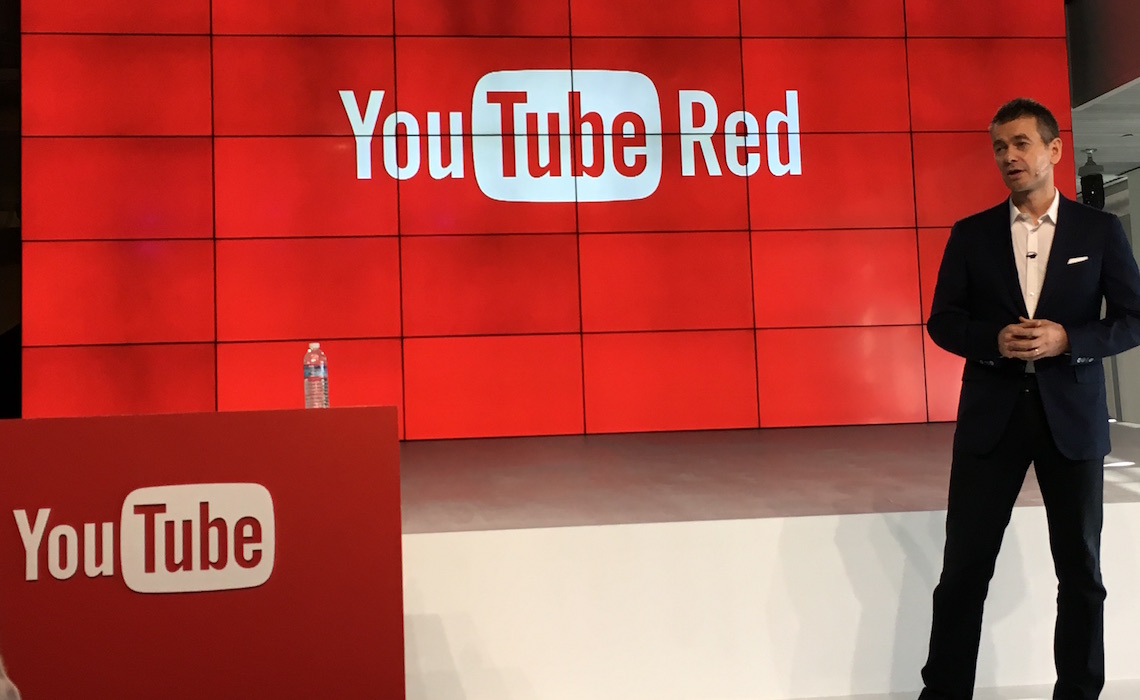 At a conference last night, YouTube announced they’re investing hundreds of millions of dollars to produce over a half-dozen new shows that they’ll make available to stream for free on their platform. This conflicts with the service’s premium YouTube Red division that does things similarly, but with no ads. To offer this content for free, YouTube will attempt to score premium advertisers to promote themselves during streaming sessions. This will also help them compete with the likes of Hulu and Netflix who offer similar content streaming options.

To kick things off, YouTube has announced they’ll produce a behind-the-scenes series about Ellen DeGeneres and her daytime talk show, while comedian Kevin Hart will also be featured with celebrity guests as part of a fitness-based program called “Kevin Hart: What the Fit?.” Each of these shows will be uploaded ot YouTube much like regular videos would be, so not much will change in terms of streaming.

Ryan Seacrest will also host a singing competition entitled “Best.Cover.Ever” which will likely feature cover artists who release renditions on YouTube. (The Biebs probably could’ve benefitted from this back in the day).

Finally, Katy Perry and Demi Lovato will also host behind-the-scenes shows on the platform about touring and what their life is like being world-famous.

“We’re working with YouTube stars and big celebrities that we know have global appeal, advertiser appeal and are largely established on the platform,” Susanne Daniels, YouTube’s head of original content, said in an interview with Bloomberg before the event took place. In other words, the platform wants to capitalize off of the attention major stars who regularly appear on YouTube receive. In a medifore, they’re building on top of a stable base which is necessary for a monument that, one day, may be taller than some of the world’s skyscrapers.

Over 40 shows are planned to be produced out of this money YouTube is investing. This is a pretty bold claim that will likely take time to bring to life. But with their feet already wet thanks to original content produced for YouTube Red, the platform may not have as many problems as someone new to the exclusive content market would.

But this then raises the question: will anyone actually watch this content? Surely, YouTube will have to put in some serious effort to at least make these shows half decent. Let’s just hope they don’t produce stuff you might check out for a week or two and then drop because the new spinoff of Game of Thrones just premiered.