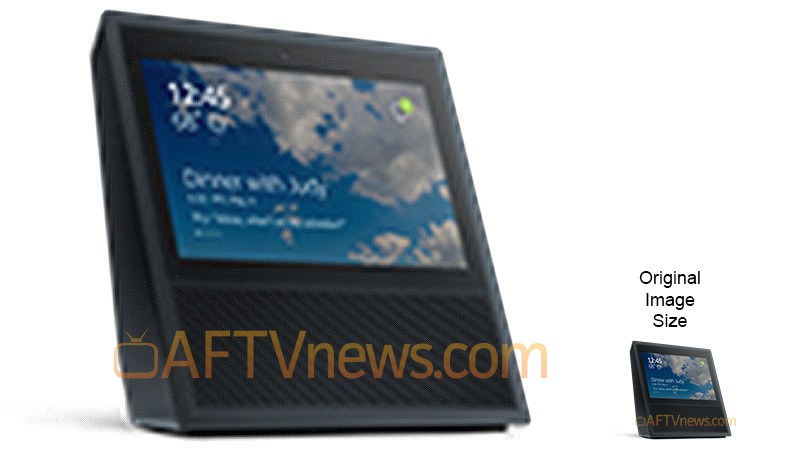 AFTVNews has leaked what it claims to be the first image of Amazon’s upcoming Echo with a built-in touchscreen. Essentially, this looks like a touchscreen mounted to a base with a pretty wide speaker. This will allow for visual contnet to be displayed while requesting information from Alexa similar to what Amazon’s array of Fire tablets is already capable of.

The news site claims to have obtained the teensy-tiny image from Amazon’s servers, the same location from where they initially leaked the Amazon Echo Look. AFTVNews also claims to have used the same method to obtain this image, leading to speculation that this is, indeed, a legitement rendering of Amazon’s upcoming device.

Of course, it’s not official until it is, so we really can’t say much about the upcoming touchscreen-enabled Echo other than it should look something like this. It’s said the product could come out as early as this month, so stay tuned.