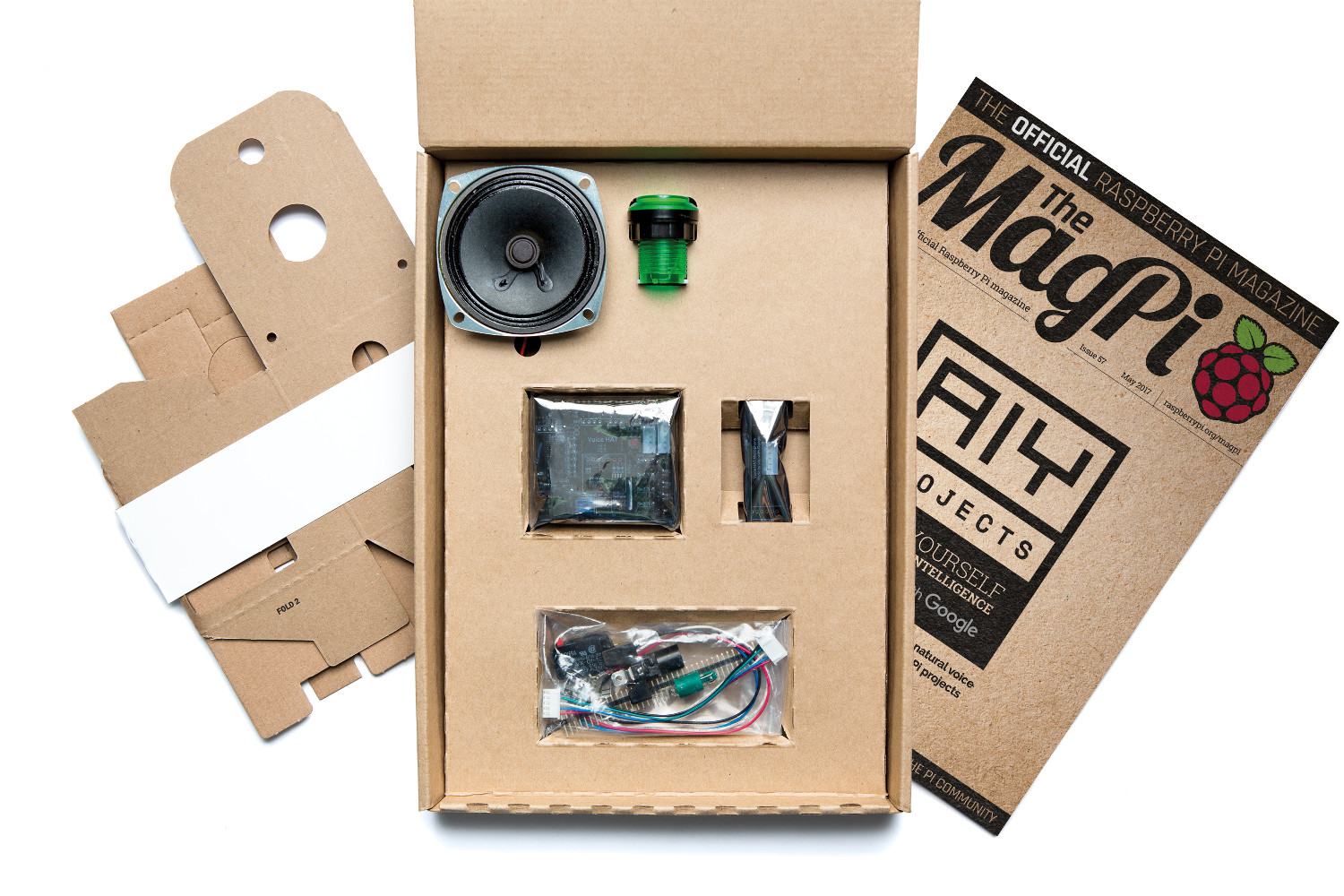 The Raspberry Pi is pretty versatile, isn’t it? You can turn it into a number of different things, including an Android TV, and even customize it’s hardware with your own. Now, a new project the company behind the $35 mini computer is including in the latest issue of The MagPi allows you to essentially turn a Raspberry Pi into a Google Home.

The kit, which includes a HAT (Google Voice Hardware Accessory on Top) accessory board, a stereo microphone Voice HAT board, a button, and a bunch of wires, allows you to turn your Raspberry Pi 3 into a Google Assistant-powered speaker. There are exact instructions in the magazine provided by both The Raspberry Pi Foundation and Google who partnered to deliver these special tools. Essentially, the hardware plays in conjunction with the steps listed here that require the recently-introduced Google Assistant SDK. It’s a pretty clever way to build your own voice-activated home bot rather going out and buying one. Plus if you happen to have a Raspberry Pi lying around the house like I do, you can finally put it to good use.

You can learn more about the project here. The latest issue of The MagPi is currently shipping to WH Smith, Tesco, Sainsbury’s, and Asda in the UK and Barnes & Noble in North America.