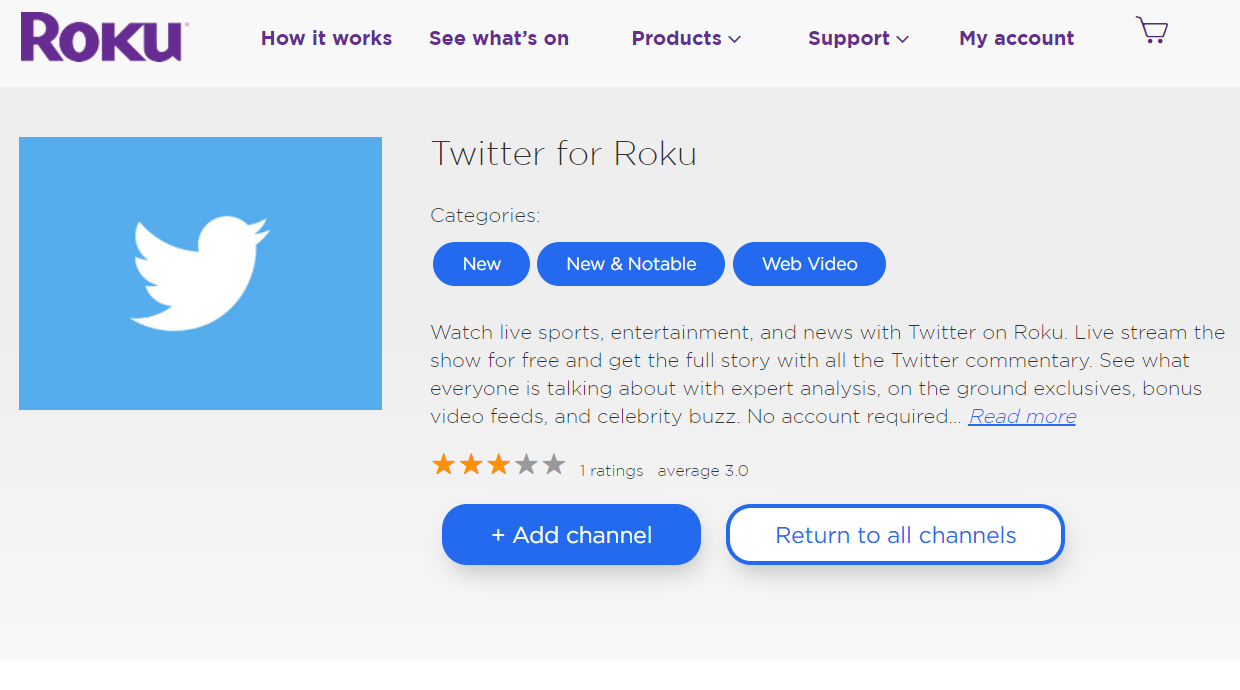 After launching the same app on Apple TV, Xbox One, Fire TV, and Android TV, Twitter has released its TV app for Roku users to enjoy. This comes the same week as a new 24/7 Bloomberg-backed news network goes public which will debut on Twitter this fall.

In case you’re curious to know exactly what Twitter offers in their TV app, check out their official description below.

Watch live sports, entertainment, and news like never before with Twitter on Roku. Live stream the show for free and get the full story with all the Twitter commentary. See what everyone is talking about with expert analysis, on the ground exclusives, bonus video feeds, and celebrity buzz. Get the best of Twitter today all without logging in. No account required.

Roku is one of the biggest media streaming platforms in the world, so it’s a good move on Twitter’s part to expand their reach into this territory. But the question is whether they’ll gain some traction. Not many folks are using the currently available Twitter for TV apps, but with Roku now in the mix, the platform’s user database may grow to a competing extent. We’ll just have to wait and see whether this hypothesis can result in fact and not fiction.