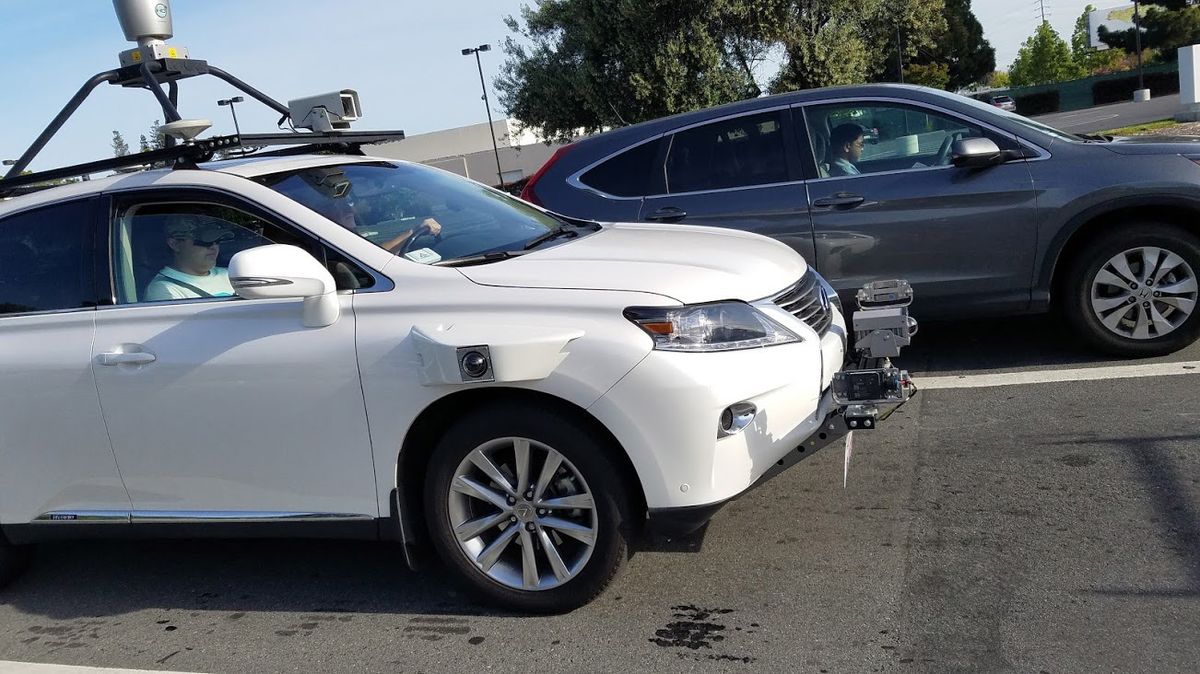 Video footage given to Bloomberg gives us our first glimpse at Apple’s self-driving Lexus test car they recently were approved to start testing on public roads in California. The tipster claims to have seen the car somewhere in Silicon Valley, although details remain slim to none.

As it appears in the video, you have your standard array of self-driving tech mounted to the top of a Lexus RX450h SUV. So in other words, there’s really not much to get excited over here. However, the question remains as to what type of data this test vehicle is collecting for Apple if any. There’s no out-of-the-blue sensors or components on this vehicle at least according to the video, so general traffic information and road mapping may be the data the Cupertino-based company is gathering. It would be appropriate, after all, at this stage in their autonomous car efforts known as Project Titan.

As a reminder, Apple isn’t building a car anymore. Instead, they’re building autonomous driving systems that any manufacturer can use. It’s a more widespread approach if you think about it as many more cars can be considered “Apple Cars.” Regardless, this is just our first indication that Apple is indeed working to bring self-driving software to the mainstream. It’ll just probably take some time.