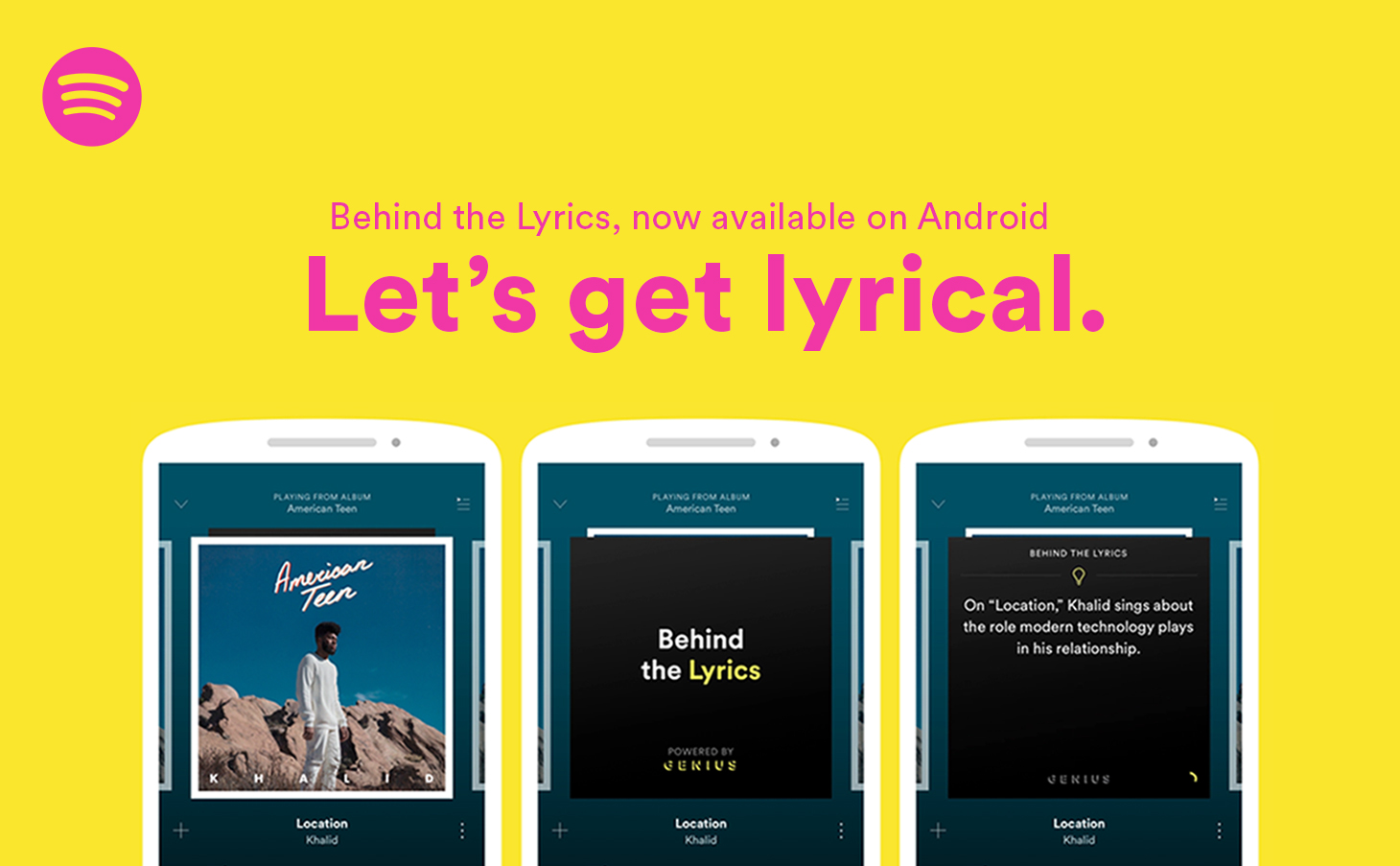 Spotify introduced it’s ‘Behind the Lyrics’ featured last year out of a partnership with Genius. The function provides listeners with information and insight behind certain lyrics in a song, something I use nearly every day with the Genius app. It was initially introduced on iOS where the feature exclusively lived, but starting today, Android users can also learn meanings behind lyrics in their favorite jams as well.

Today Spotify and Genius are thrilled to announce that Behind the Lyrics has landed on Android. Spotify Android users everywhere can now enjoy the Behind the Lyrics treatment on our curated playlists Behind the Lyrics: Hip Hop and Today’s Top Hits. Tracks on these playlists will include lyrical excerpts, fun facts, and stories straight from the artists themselves about how they created their standout songs. Simply hit ‘Play’ on these Genius-powered playlists to learn more about your favorite artists and songs.

As you can see above, only a couple of playlists will gain the new feature first. Of course, Behind the Lyrics will likely expand over time.

To celebrate the feature’s launch on Android, Spotify and Genius have announced that R&B artist Khalid “is taking you Behind the Lyrics of every track on his new album American Teen, providing an intimate glimpse into his soundscape.”

“Genius’s Behind the Lyrics on Spotify is very helpful because it gives you insight on what the artist was thinking about when they created the record. It also lets you think about things you didn’t think of before,” said Khalid. “You listen to a record, and you interpret it your own way. But with this, you can see what the artist felt. ‘You know what? Maybe it doesn’t mean what I thought. Maybe it means this.’ But at the same time, music is universal. Music can mean anything you want.”

Spotify and Genius are rolling the feature out now to all Android users of the service.