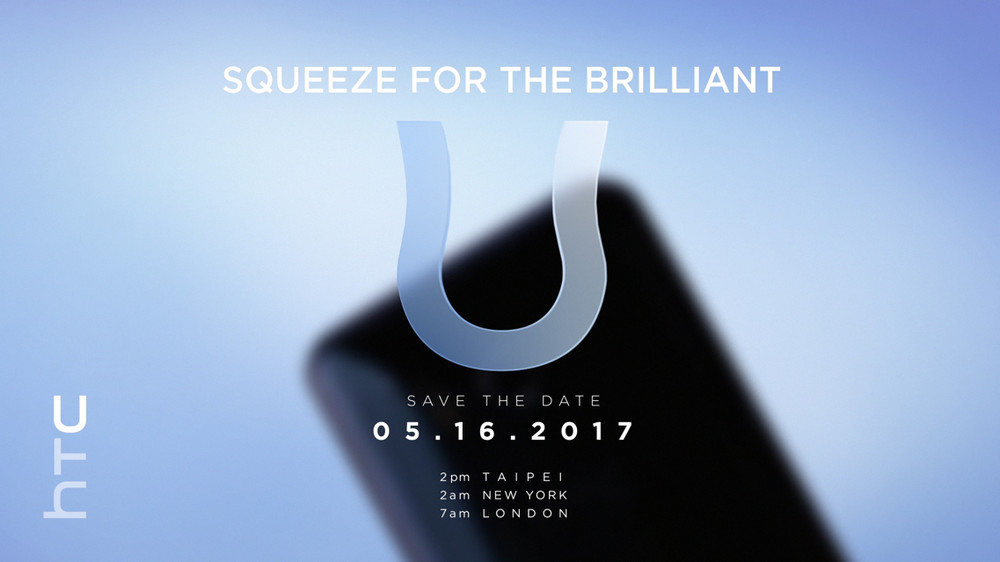 HTC Will Unveil the Squeezable U Smartphone May 16th

There’s been no lack of rumors swirling the internet regarding the device, so it’s about time for HTC to finally unveil the squeezable U handset. In a new invite being sent out to press members, the company has confirmed they’ll unveil a new smartphone on May 16th. And by the looks of it, the U is definitely on its way.

You may wonder what I mean by “squeezable.” Well, if you’ve followed recent rumors, you know that with the U, HTC has built in sensors that detect certain types of pressures (in this case, squeezes). This can give you access to shortcuts, apps, and more from within the OS. It’s kind of like Samsung’s Edge features but more advanced.

It’s too early to say just exactly what the U will be capable of, but it should have at least similar features to this.

We also expect flagship-level specifications in the HTC U, including a Snapdragon 835, 4 or 6GB of RAM, 64GB of storage, a 16MP camera, a 5.5-inch QHD display, and Android 7.1 Nougat. Pricing hasn’t been leaked (yet) while release rumors have yet to appear as well, but at least we know we’ll hear more come Nay 16th at 2 PM in Taipei, 2 AM in New York, and 7 AM in London.