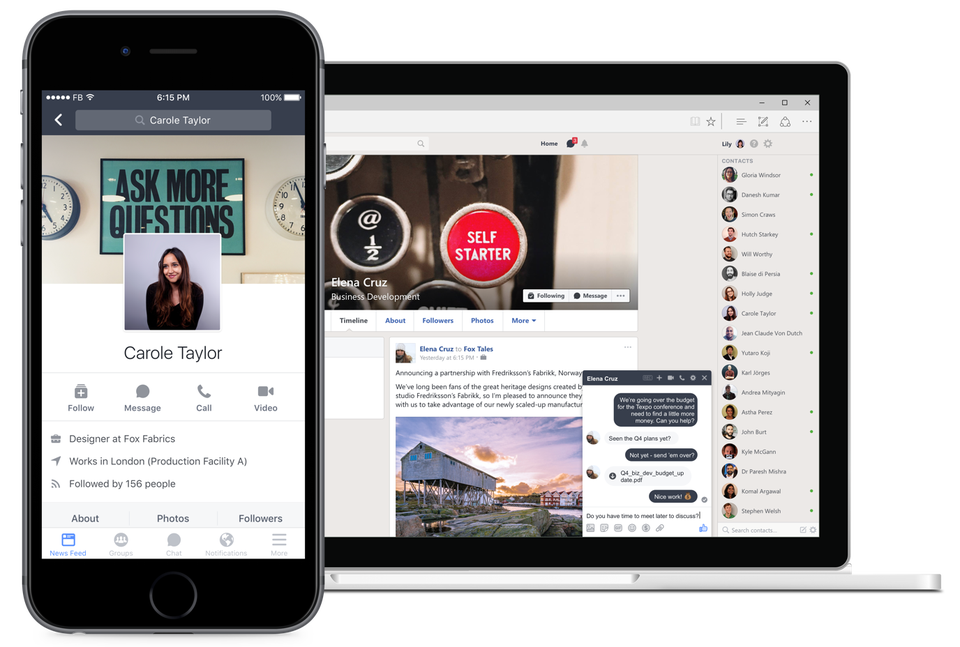 Facebook Workplace is Getting a Free Version to Take on Slack

Facebook has made a number of announcements today during their F8 2017 conference, and this one is sure to please those in the, well, workplace. The company has announced that later this year, they’ll introduce a free version of their Slack competitor called Workplace. When the service launches in full, Workplace will cost $3 per user for the first 1,000 users, $2/user for the next 9,000 users, and $1/user going forward, plus extra for G Suite integration, Azure, administrative controls, and IT tools. It’s unclear how many users you’ll be able to have connected to a single free account, but if the number sits directly below 1,000, the ‘standard’ version may be the better overall option.

This puts Slack in a pretty awkward spot. Most of the platforms’ functionality comes from paid fees which are literally around six times that of Workplace. And since Facebook already has nearly 2 billion users, Mark Zuckerberg has a pretty fair advantage already. Therefore, I wouldn’t be surprised to see Workplace’s user numbers skyrocket past Slack’s come October 1st when the service is said to launch in full.