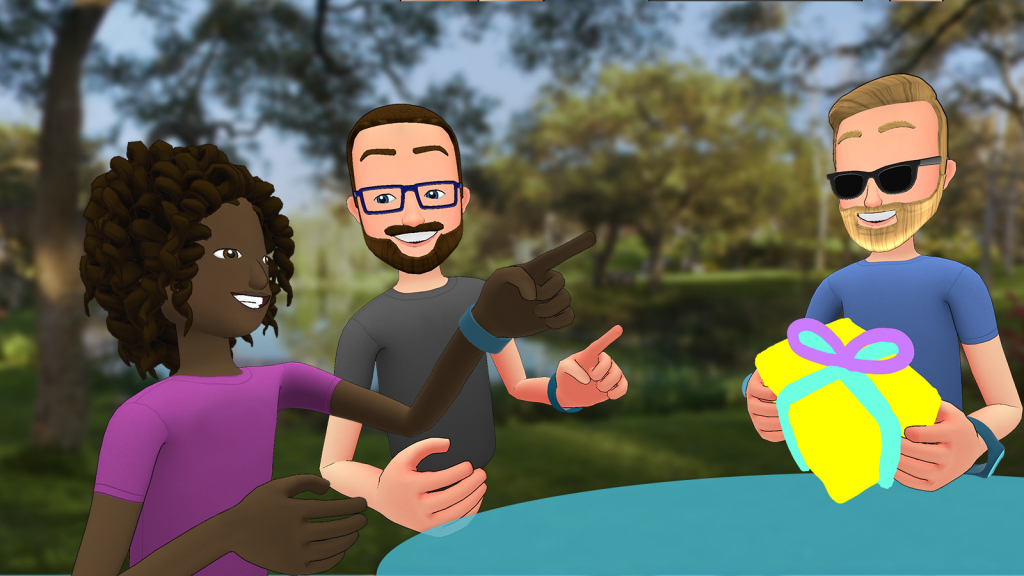 During its F8 conference today, Facebook unveiled Spaces, a VR-powered application that allows for a group of friends to interact in a virtual playground. The company notes that it’s impossible to always be physically near the people you care about, so that’s why Spaces is a thing.

And it’s the future. Or, ya know, at least to Facebook.

To get started, you basically create an avatar of yourself out of a picture from your Facebook profile. From there, you’re added to a virtual space where you’ll be prompted to add your friends. Once they join (up to three of your friends can jump in, by the way), you can start doing stuff like draw in the air, play tic-tac-toe, and more. You can also watch 360-degree videos which become your surrounding once you hit play.

In addition, Messenger video calling is also supported so you can “open a window into your virtual world” to your friends. There’s also a selfie stick for literally taking virtual selfies you can later share online, while you also have control of your virtual space. This means you can pause the experience, remove members, and even mute your friends. This is a part of Facebook’s initiative to make Spaces a positive place.

Spaces is currently available as a beta downloadable for anyone with an Oculus Rift and controller. Facebook says this is only the beginning of what they’re capable of when it comes to VR. “In the future, it will continue to transform the way people around the world stay connected with their communities and those closest to them,” said the company. “We can’t wait to get there.”