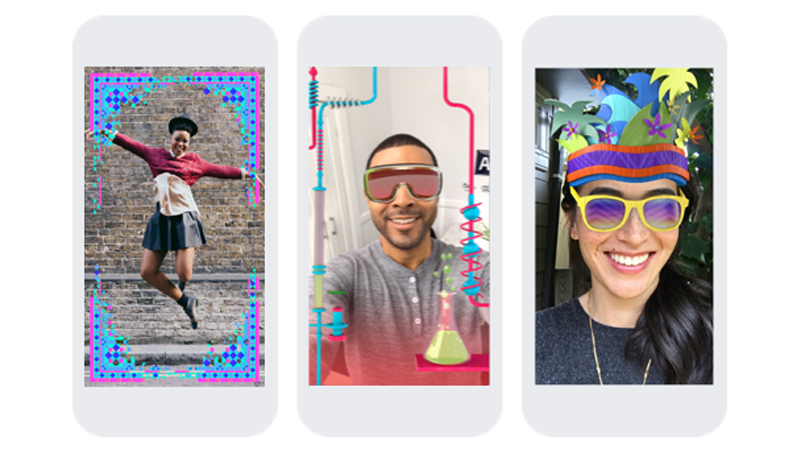 Facebook CEO Mark Zuckerberg took to the stage today during the company’s annual F8 conference to discuss the future of computing and Facebook’s multiple platforms. But one thing seemed to really stand out today: Facebook is seriously devoted to augmented reality.

First of all, Facebook has clearly stated they’re a bit late to the AR game. This doesn’t seem like a problem to the company, however, as they seem relatively confident that with their announcements today, they’ll be able to push augmented reality further than ever before.

Even though we were a little slow to add cameras to all our apps, I’m confident that now we’re going to push this augmented reality camera forward.

For starters, Facebook today is introducing a new platform for developers that’ll enable them to build new AR-powered experiences from within in-app cameras. In other words, for Facebook Stories so they can keep ripping off Snapchat who, ironically, just introduced more AR stuff today.

Jokes aside, Facebook is really hoping this platform takes off. It’s pretty capable, too. On stage, the company demoed the feature where “It’s feeding time!” rose out of a table, steam poured out of a coffee cup, sharks swam around a cereal bowl, and even web results for a bottle of wine popped up on the screen. It’s features like these, Zuckerberg says, will be both fun and useful.

Zuckerberg says in the future, thousands of AR effects in Facebook Stories will be added for users to enjoy. For now, a limited beta closed off to the public is in progress to develop the features.