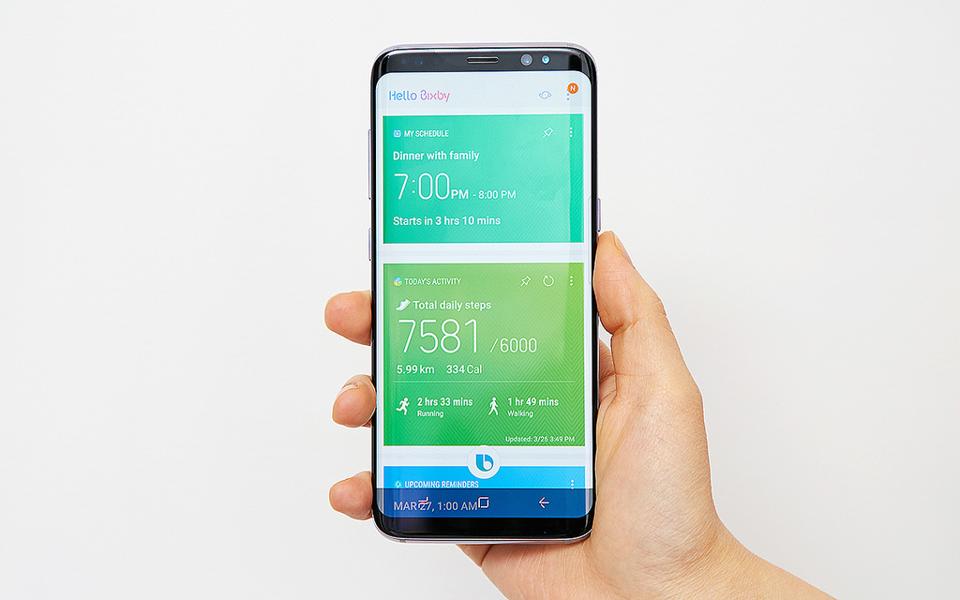 Samsung made headlines when they announced their new voice assistant called Bixby. It’s built to compete with the likes of Apple and Google who have had their own assistants for quite some time, with Google leading the pack with the Assistant. But Samsung seems pretty confident in their new AI efforts, so much so that they’ve built a dedicated hardware key onto the side of the new Galaxy S8 to activate it. However, it looks like this new bot won’t be all that useful, at least when the S8 and S8+ launch later this month.

According to a statement given to The Verge, Bixby won’t launch with voice control. Instead, you’ll be able to set reminders, use Bixby Vision to identify and buy items you find in the real world, and use the “Home” panel accessible via a swipe right from your main home screen to access quick widgets. Essentially, you’re getting a slightly upgraded version of Google Now without voice input which is probably not what Samsung had in mind when they implemented this technology.

Mind you, Apple, Google, and even Microsoft all introduced their assistants and launched them with voice control as the main function, so it looks like Samsung’s entrance into the market won’t be as strong by any means. And with this delay, the company better wow everyone who have already ordered their S8 or S8+ with Bixby’s voice capabilities. Otherwise, this effort will be nothing but trial and error for the next year.