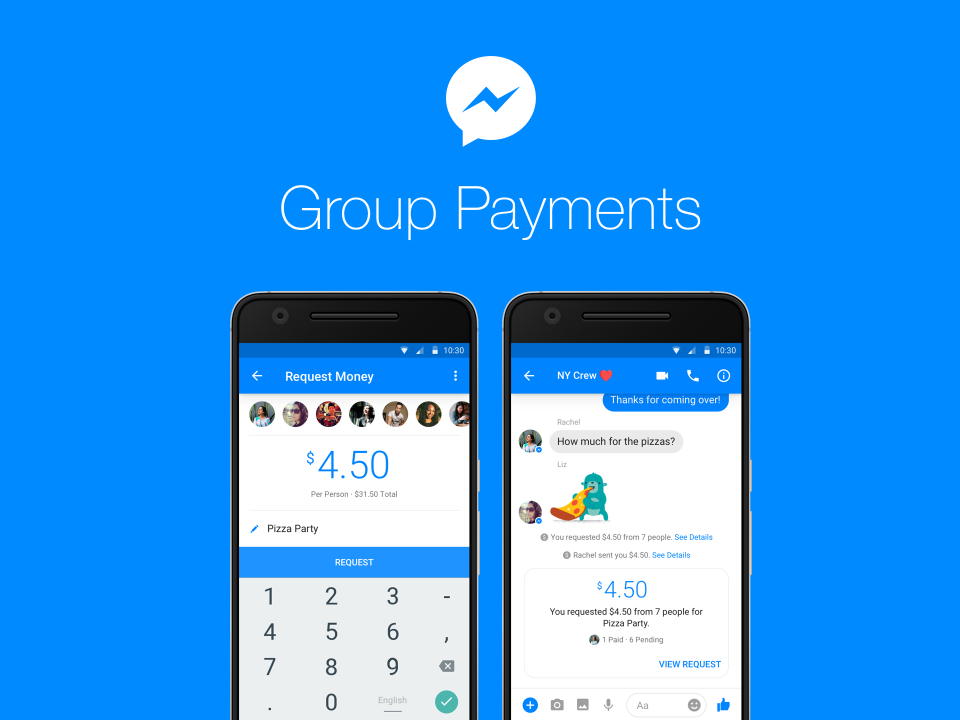 Facebook Adds Group Payments to Messenger on Android and PC

Facebook has announced a fresh update to their Messenger chatting app which allows for groups to share payments amongst each other. Before, only two-way payments could be made from within the service, but this changes today.

Payments can be sent to one or all members of your group chat in Messenger, while requesting money is also possible in the same context. You can even split up a bill for, say, dinner or a pizza at your local parlor. Money sent to you will be transferred to your bank account within five business days which isn’t the snappiest we’ve seen from competitors. For instance, Venmo does the same thing the next day, guaranteed.

Updates will also be provided so you can tell who has paid for something and who hasn’t. This feature may be handy if Frank tries to get out of paying the bill again.

For whatever reason, only Android and PC users have access to the feature for now. Those on iOS can expect it in a future update to the Messenger app.