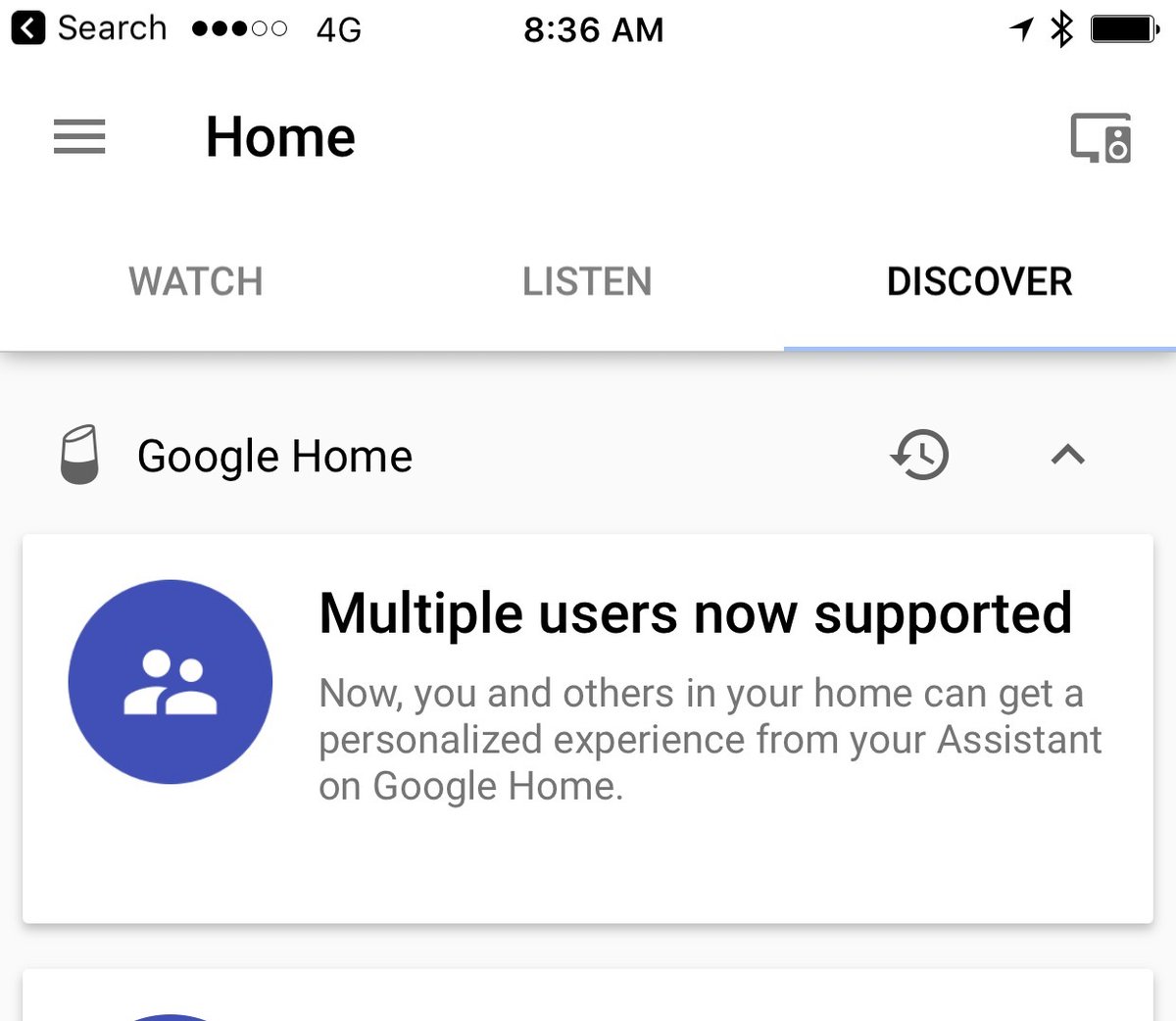 At Some Point, Google Home Will Support Multiple Users

We’ve wanted the feature since it launched, and it finally looks like Google is set to flick the switch on allowing users to link multiple accounts to Google Home. A pop up spotted by Owen Williams on Twitter indicates that the feature is ready to go live, but it looks like this notice was sent out a bit too early. Nowhere in the Home app can you link more than one Google account to your Home, while the link to do so is broken.

Still, it’s nice to see the feature ready to go live for all at some point in the future. It’ll likely use voice recognition technology to identify who’s using Home and bring up their respective information at that expense. Since most of the time more than one person uses a Home in a household, the change will likely be welcomed with open arms by consumers. It won’t take long for it to be heavily adapted.