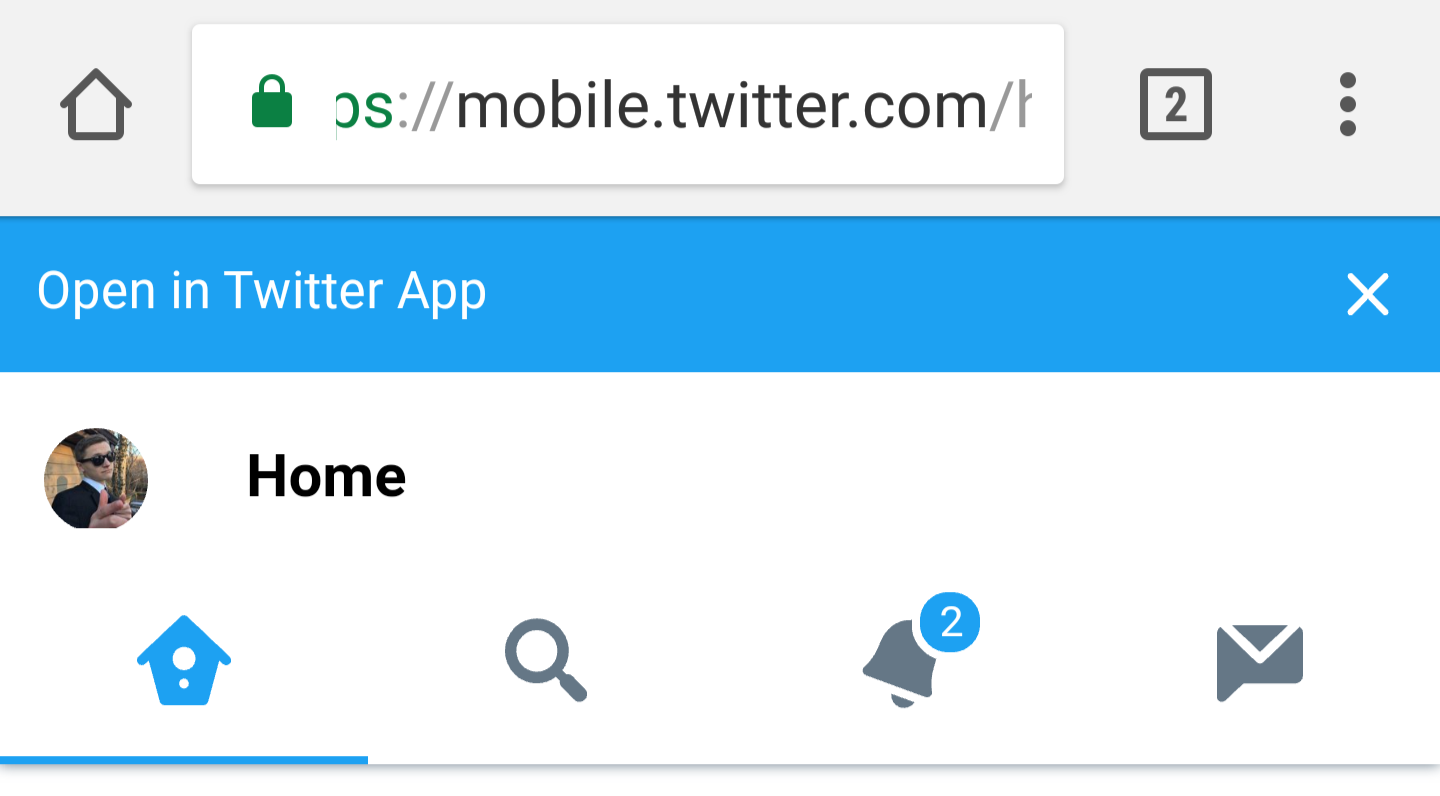 Twitter today introduced Twitter Lite, a lighter version of the company’s website which is built to save data and load faster on less-reliable connections. It’s viewable at mobile.twitter.com.

Twitter says they built Lite with Google in their efforts to deliver a Progressive Web App (PWA). This allows for a more native app-like experience to take shape rather just a tab in Google Chrome. It also lets developers add their web apps to one’s app drawer or home screen, while notifications can be delivered to users’ devices as well in an improved fashion. Of course, a majority of this functionality will remain exclusive to Android, but those on iOS can still add a shortcut to Twitter Lite on their home screen if they wish.

Hundreds of millions of people visit mobile.twitter.com every month. We want Twitter Lite to be the best way to use Twitter when your connectivity is slow, unreliable, limited, or expensive. We have been able to achieve speed and reliability through a series of incremental performance improvements known as the PRPL pattern and by using the new capabilities of modern browsers on Android (e.g., Google Chrome) which include Service Worker, IndexedDB, Web App Install Banners, and Web Push Notifications.

As for specs, Twitter Lite can save up to 70% of your data over the current Twitter clients for iOS and Android, while loading takes 30% faster. According to Twitter, Lite can even load on slower 3G connections in as little as five seconds. To keep everything on the low, Twitter will automatically blur photos which are viewable via a tap. For more technical details, click here.

Expect to see Twitter Lite a lot more as it’s replaced Twitter’s previous mobile website with the new client. It’ll come in handy if you’re on the verge of going overboard on your data plan and still have to check out who tweeted at you. It could also be useful in those low-to-no connection areas we all come across during the day. Whatever the reason, it’s nice to have a well-built alternative to Twitter’s native mobile apps for saving data, battery, and connections.