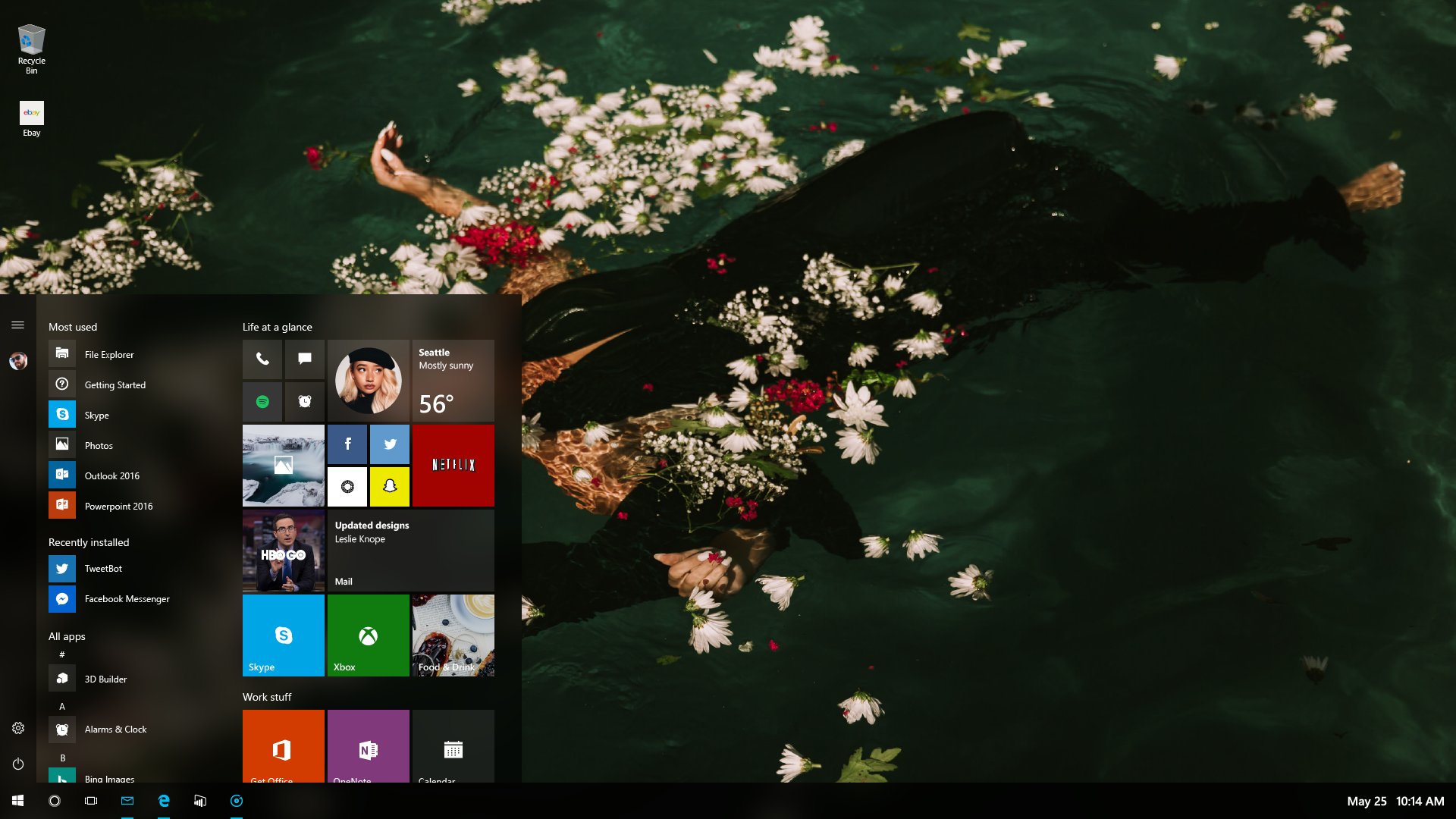 We’ve seen Microsoft’s Project Neon leak in screenshots before, and today’s news brings a look at what the Start menu will look like in a future version of Windows 10, likely arriving with Redstone 3 at the end of 2017. Tom Hounsell leaked the image on Twitter which seems to indicate that transparent live tiles will finally be supported on the desktop rather having to be entirely oblique.

Mind you, this is just a mockup of what Windows 10 will one day look like (you can tell by looking at that Snapchat icon) so take this leak with a grain of salt. Still, it’s interesting to see what over 400 million people will soon be using on their desktops.