Google today launched their anticipated cable alternative called YouTube TV. The service is available in 5 select areas across the US including New York City, San Francisco, Los Angeles, Philadelphia and Chicago and costs $35/month with a 1-month free trial.

At launch, YouTube TV includes over 40 cable channels alongside all exclusive YouTube Red content with the option to subscribe to ShowTime or Fox Soccer Plus for an extra fee. A full list can be found below, with AMC, BBC America, IFC, Sundance TV, WE tv, and BBC World News coming to the service at some point in the future. 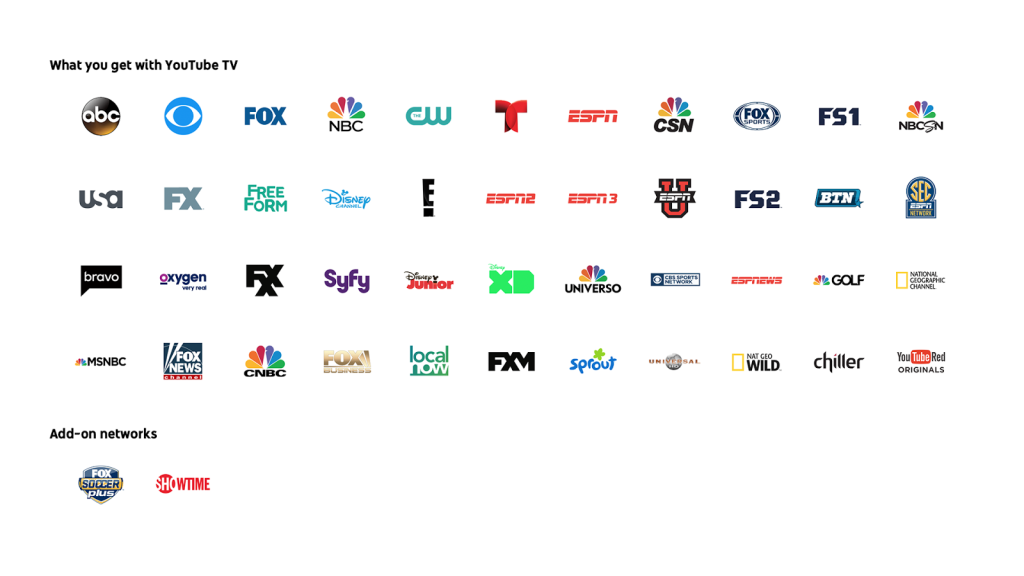 Google bases some of the channels off of your set location (for instance, those in Philadelphia can watch NBC 10 and 6ABC), so you’ll have to have GPS on at all times to watch YouTube Live. Speaking of watching, you can stream live and on-demand content on your smartphone (Android and iOS) or PC at tv.youtube.com. Unfortunately, tablets aren’t yet supported which makes no sense to me, but this may change in the future.

For storing content, YouTube TV gives you an unlimited cloud DVR which can record as many shows as you’d like and store them for however long you want. This is already a major step up from other cord-cutting services like Sony Vue or Sling TV, so users may be simply attracted to this feature alone and make the switch.

And as is the case with many of Google’s services, YouTube TV can be cast to a Chromecast-enabled device like your TV.

If you wanna check out YouTube TV and you live in New York City, San Francisco, Los Angeles, Philadelphia or Chicago, click here. All others will need to wait until the service expands in the future.