Twitter wants you to stop talking about eggs. The company today announced that they’re getting rid of the default egg profile picture for new users in favor of a gray human silhouette, something common amongst other social networks who’s users don’t upload their own profile pics.

For the past seven years, everyone who has created an account on Twitter starts out with their default profile photo as an egg. This was a playful way to reference how eggs hatch into birds that send all the Tweets you see on Twitter! But now it’s time for something new – something that encourages people to upload their own photos for more personal expression. So today, we’re introducing a new default profile photo.

Interestingly, it took Twitter a really long time to decide on how this new icon would appear. They factored in masculinity, head shapes, genericity – heck, they even tried to make it as blank as possible. This is for good reason, however, as Twitter wants users to upload their own pictures and encourage them to do so with this bland “placeholder.” Therefore, they ultimately decided on the image seen above. You can check out some of their early depictions below alongside a look at how the default Twitter profile picture evolved over the years.

Of course, you can always outsmart Twitter and just upload this picture as your profile pick: 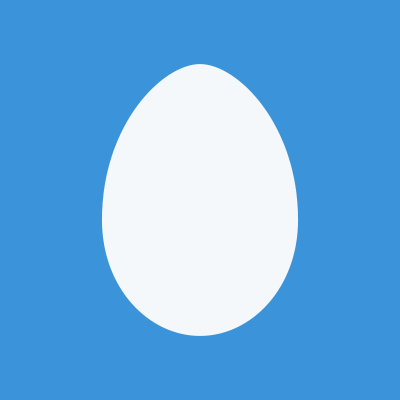 But in all fairness, the Twitter egg has always pretty much been associated with harassment and spammers who may create fake accounts and troll you, so it’s nice to see a new image. Then again, the problem doesn’t exactly go away entirely, so it’ll be interesting to see whether this change makes a difference or not.